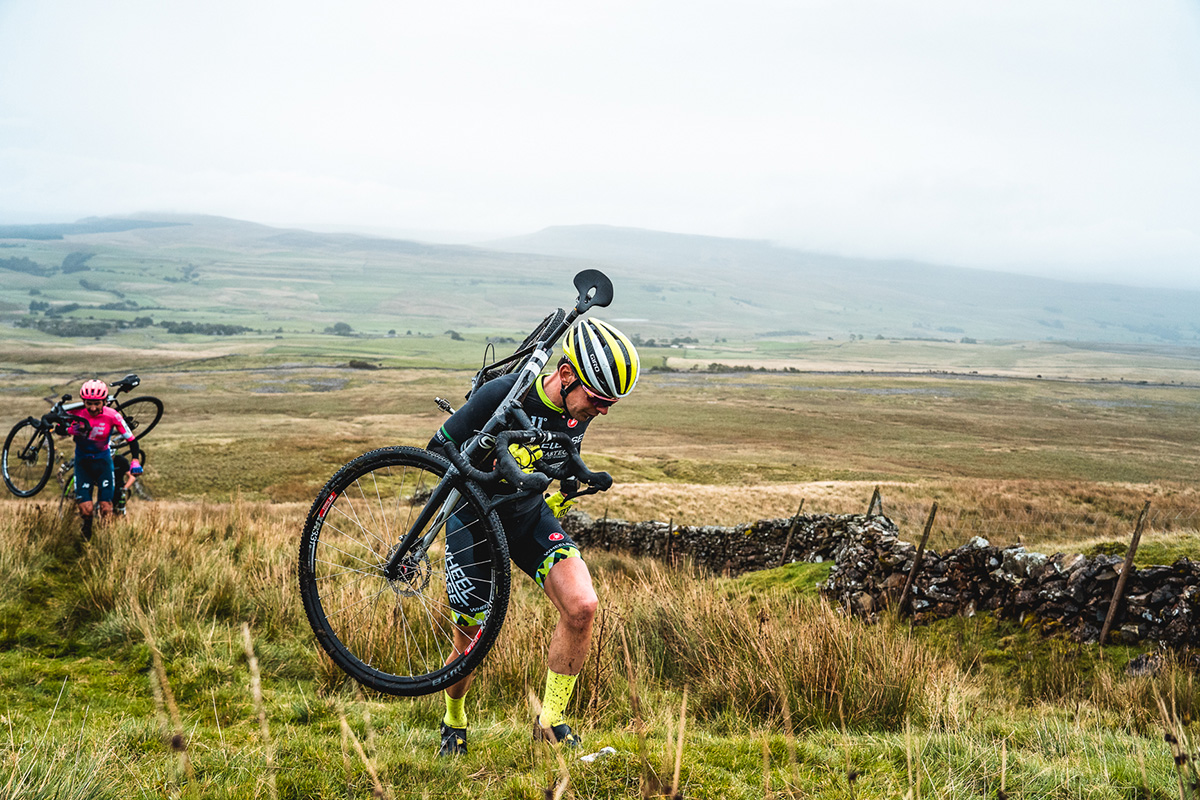 Staged in the stunning Yorkshire Dales National Park, the 3 peaks is the toughest cyclo-cross race of the year

A Sunday September – Wheelbase has been supporting riders at the 3 Peaks CycloCross, deemed as the toughest in the world, for nearly 20 years and 2019 saw our cyclocross team rider Giles Drake take the start after his 3rd place last year. Unfortunately, our seasoned pro Lewis Craven had to withdraw due to a chest infection, but we backed the team up with Wheelbase Cabtech Castelli riders coming off a summer season racing the British Cycling Elite series.

The Peaks is never easy and that’s its draw – a true battle of rider, machine and mountains. Here are some post-race reactions from our lads;

“I love the Peaks, and after last year’s podium, training had gone great and winning was the goal. Simon Fell went well, reaching the top in second place, just 45 seconds behind Rob Jebb. Unfortunately, the visibility was terrible & I ended up off track, struggling to relocate the course but I eventually reached Cold Coates in 45th, 10 minutes down on Rob. Back on track, I knew it was just about making up as many places as possible. I had a solid run up & descent Whernside, catching World Tour Pro Lachlan Morton just before the bottom. I pulled hard on the road between Ribblehead and Pen-y-Ghent, continuing to make up time. The climb up Pen-y-Ghent went well initially, holding Lachlan but half way up, I started to suffer and from that point, it couldn’t end soon enough. I got down safely, rolling home 7th, 8 minutes 40 seconds down on Rob. From where I was at Cold Coates, I really should be happy but on splits alone, the win was there and I can’t help but be disappointed. Always next year…” 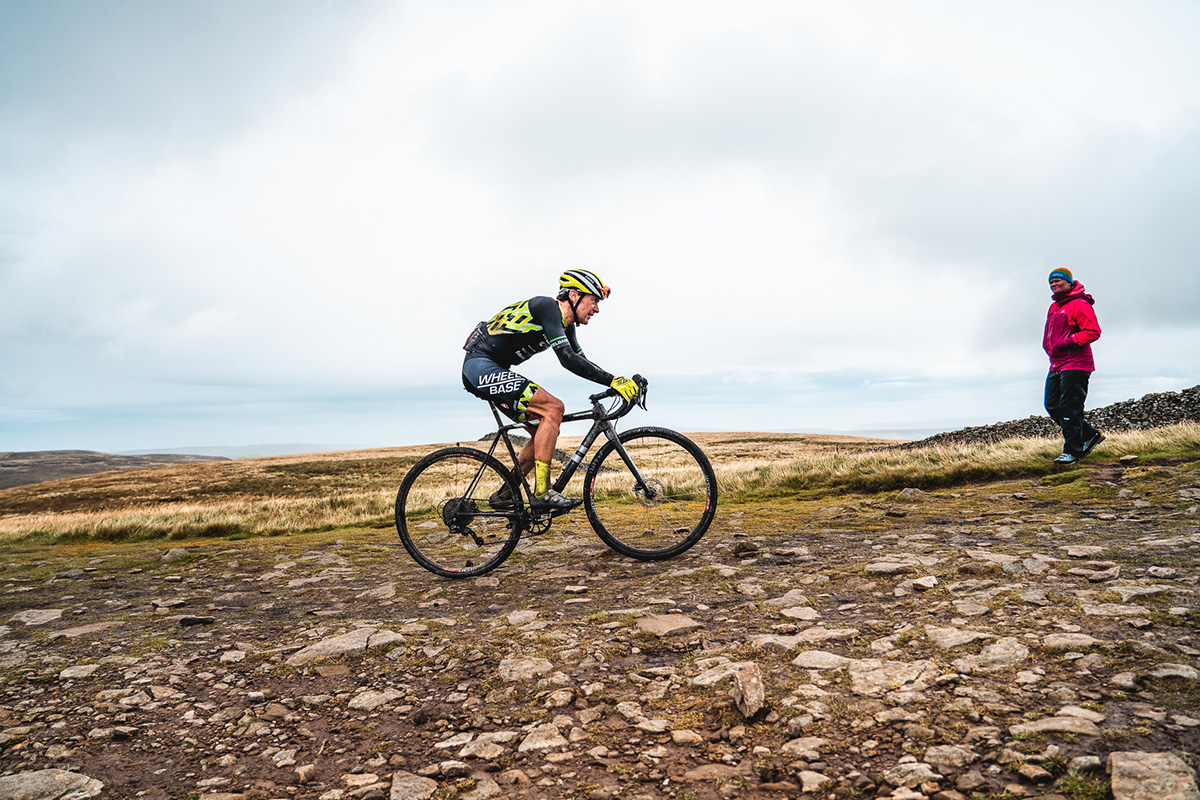 “I started my first three peaks CX race on Sunday, and with a general idea of what to expect from videos and reports from experienced riders I had prepared my bike and spares as best I could. I had hoped to not need to use any spares, but as the race progressed I ended up needing them all to get me to the finish. The weather was good and we lined up to commence the first on road section to peak number 1. The pedalable part of the first climb soon turned into an ever steepening walk/climb up the hillside, until we reached the clouds and followed the fence, flags and outline of other riders to guide us to the summit. The descent was very challenging, with large sharp rocks and soft unpredictable marsh to negotiate and a stiff wind pushing you into the features you were aiming to avoid. I got to the bottom successfully and collect my first bottle and feed from Stu.

We rode in a good group to the second peak, which was largely a walk/climb up steep rocky steps, though in now clear weather conditions I allowed myself to take in the stunning scenery on one of the less technical sections as we neared the top. The second descent had some very steep, rocky sections, which my self-preserving instinct made sure I dismounted for. The relentless rocky steps on this descent, on a cyclocross bike with hard tyres really took their toll on my hands and as the terrain flattened and smoothed out, my body welcomed the more familiar type of riding. It was then Giles caught me and it was great to get in with an experienced rider like him to follow through the final sections of the descent. We then caught Lachlan and together in a small group were on our way to the third and final peak along the tarmac section.

Things seemed to be going alright until I realised that I’d picked up a front wheel puncture on the previous descent, so I was forced to stop and repair it, and in so lost touch with the group. All was not lost though and when I arrived at the final peak, Pen-y-Ghent, I began picking up places on the climb, which was slow and tough, but largely pedalable. Towards the top, on the final section of rock steps for which I was carrying the bike, I took out my mini-pump and inflated my tyre properly for the descent. The descent was fast and loose and I saw it as an opportunity to regain some lost positions, but unfortunately I was probably too eager and encountered three further front wheel punctures on this descent, two I plugged but the last one required a tube to be fitted to get me home. It was great to experience this iconic event, especially with Wheelbase support and it is clear to see why this unique event keeps enticing back so many.” 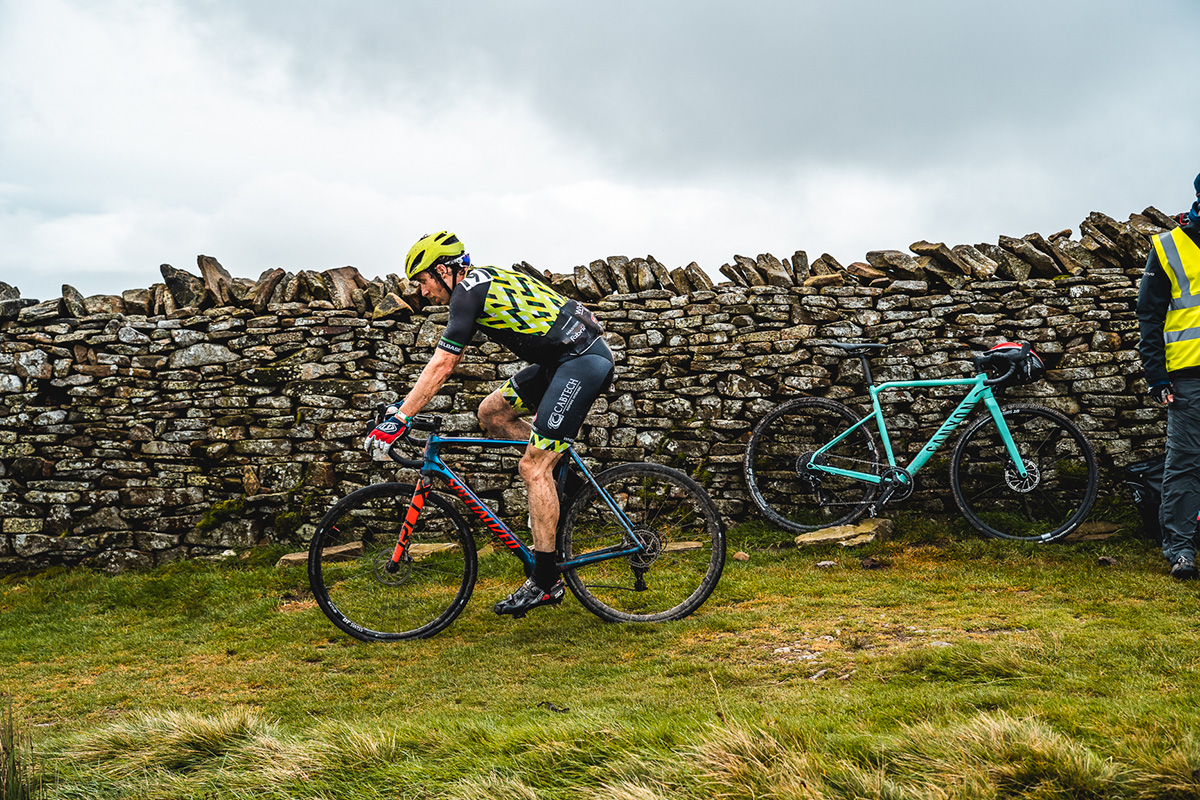 “The race started pretty steady this year but the pressure was on as soon as we hit the first climb due to the soggy nature of the course.  All the team were in the top 30 with Giles right up the front and looking good.  At the top of Simon’s Fell, the mist rolled in and visibility was poor and the track was heavy.  With a lot of hill walkers out at this time of the year, this made the decent more tricky than normal.  Giles had managed to make the front group of favourites but wrong navigation was soon to hamper his chances.  Dave Duggan and I had made the selection just behind and were both in the top 20.  Giles soon made his way back after his problem and passed me on Whenrside and pressed on to move back up to 7th at the end.  Dave Duggan on his first 3 Peaks managed 21st and I rolled in 22nd and 4th V40 just behind, all posting Elite finishing times on a very slow course. This was enough to give us 3rd team on the day.” 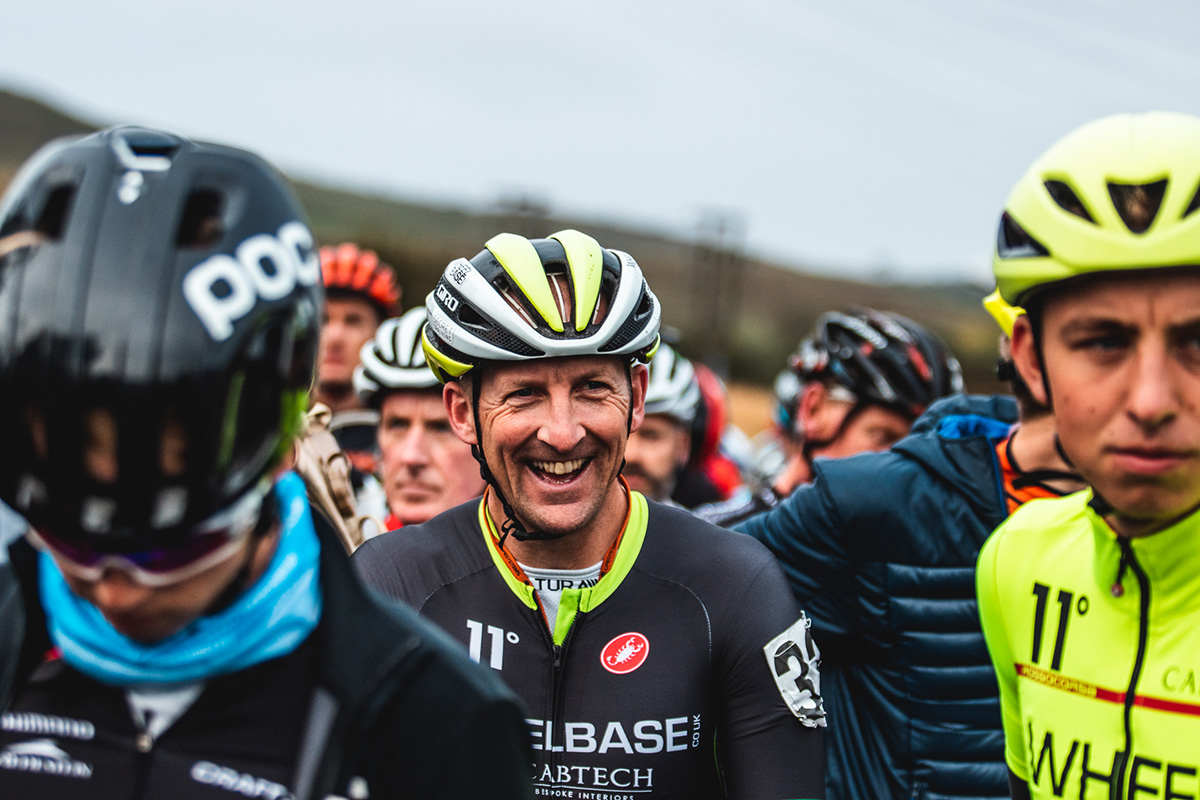 Excellent photography as ever from Dan Monaghan, Cadence Images