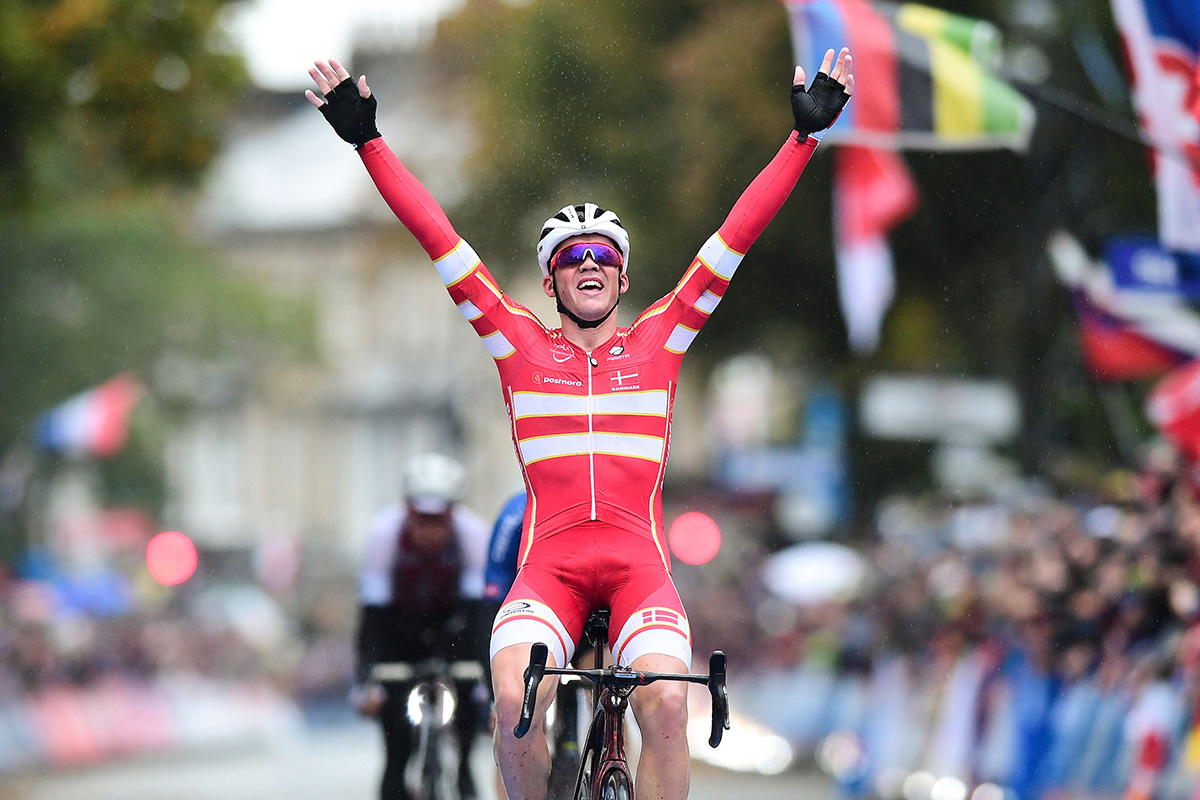 In an epic race of attrition the 23 year old rider became Denmark’s first elite men’s world champion, winning a three-up sprint after 6 and a half hours of gruelling racing in the most grim Yorkshire conditions.

As a successful and challenging week in Yorkshire came to its conclusion with the men’s elite road race, rain-leaden skies loomed over the riders taking to the start line in Leeds. Before the race got underway the bad weather had already forced organisers to shorten the course, cutting out the day’s much anticipated climb of Buttertubs Pass. This alteration did little to put off the hardiest fans from lining up on the roadside to catch a glimpse of the world’s best riders as they passed through. 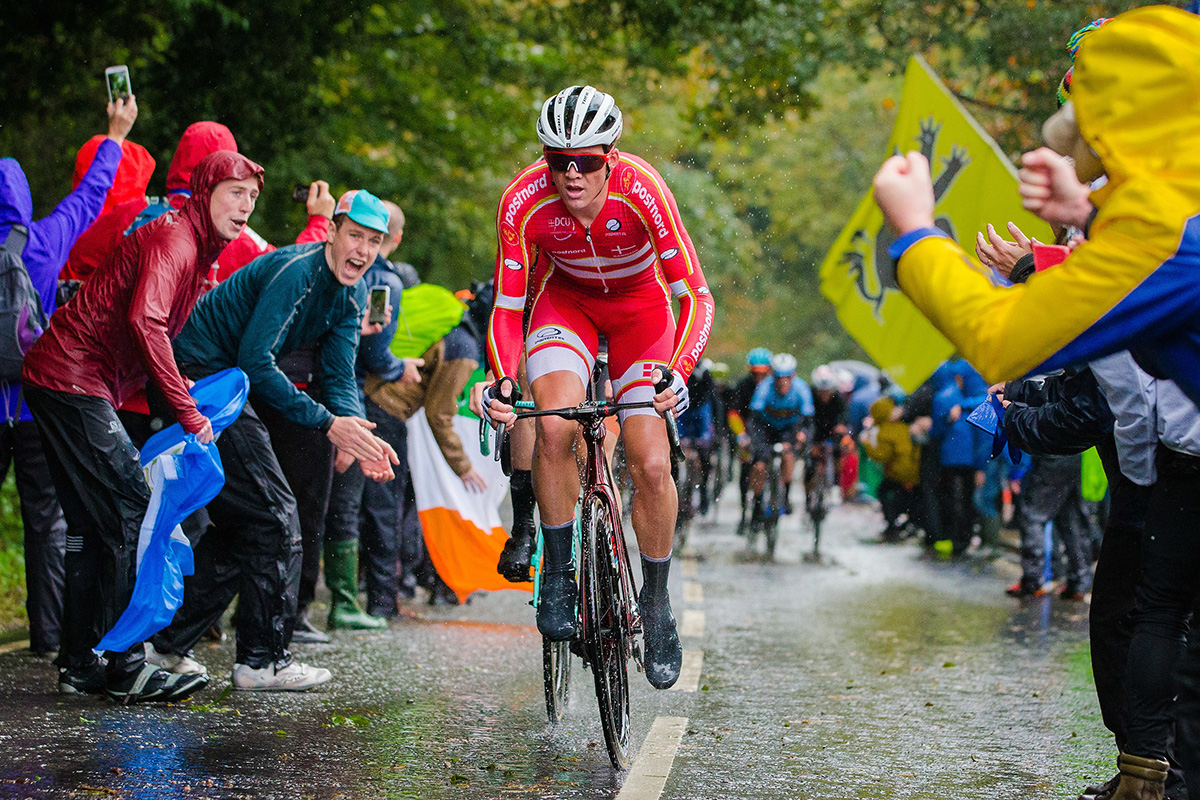 The combination of cold, wet conditions and the challenging parcours led to riders pulling out of the race at what seemed like every other kilometre. In the end less than a quarter of those who started the race crossed the finish line after an incredibly tough and testing 262 kilometres. Coming into the finishing straight the front of the race had been whittled down to just three riders, each guaranteed a place on the podium. Switzerland’s Stefan Kung had been on the front of the race for much of the last 60km and it showed as the finish line beckoned. With 200m to go Italy’s Matteo Trentin started the sprint and Pederson jumped straight on his wheel as Kung accepted his fate and settled for third place. Pederson found something extra in his legs and was able to counter, powering past the Italian in the closing metres to seal an incredible victory at the tender age of 23.

Riding for the Trek-Segafredo team at World Tour level, Pederson had endured a difficult start to 2019. After an impressive second place at last year’s Tour of Flanders the Dane went into the Spring Classics season with high hopes that were never realised. But his form had been building and a week before the Worlds he took his first win of 2019 at the Grand Prix d’Isbergues. And on Sunday in Harrogate he took the biggest win of his life. 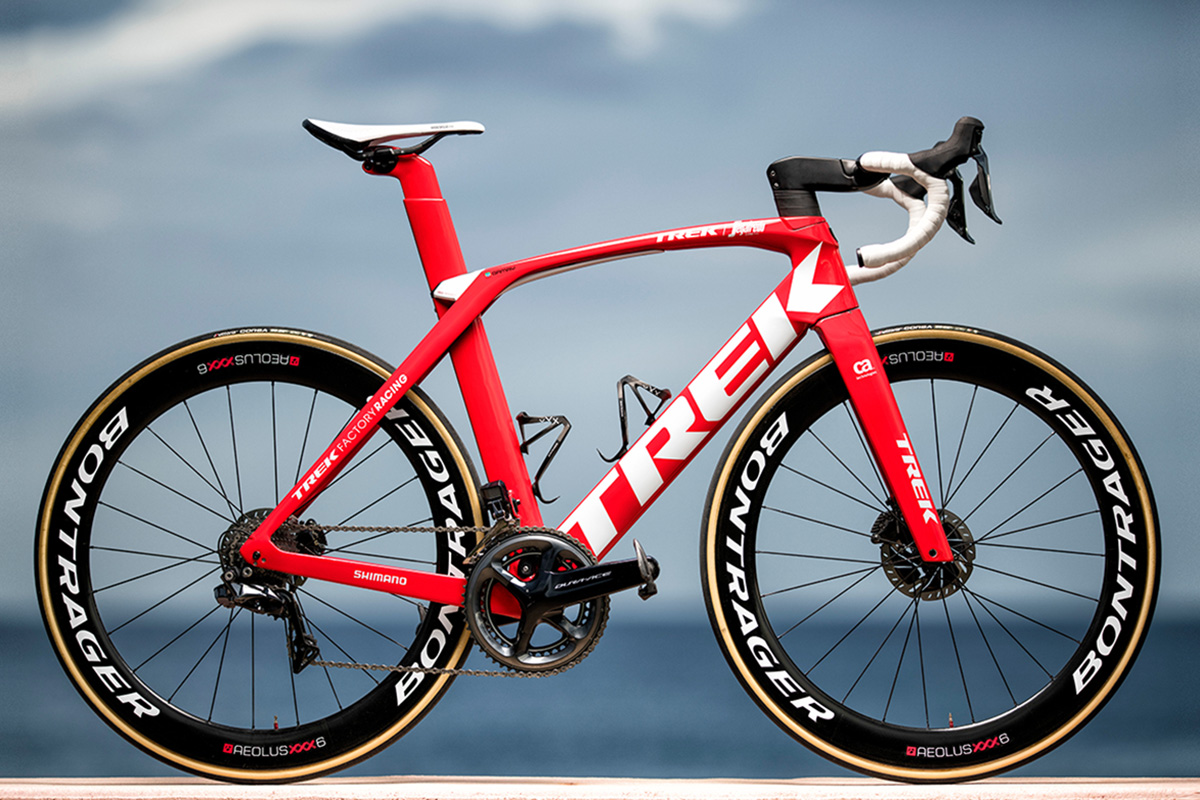 For the biggest one-day race of his life, Mads Pederson chose the Trek Madone as his ride. Standing out above the rest, the Madone is in a class of its own. It’s fast, light, smooth, and designed to give you every advantage in speed and handling. Of the world’s most sophisticated road bikes, only Madone delivers the triple threat of advanced aerodynamics, superior ride quality, and unprecedented integration.

Advanced aerodynamics – In both real-world conditions and in the wind tunnel, Madone’s exclusive Kammtail Virtual Foil tube shape ranks among world’s most aerodynamic ever.

Superior ride quality – The fully integrated Madone IsoSpeed decoupler soaks up fatiguing bumps in the road so you can stay stronger longer.

Ultra-lightweight OCLV Carbon – Nobody does carbon better than Trek. Only through our OCLV process can we create a lightweight race bike with superior handling characteristics and advanced aerodynamic performance. 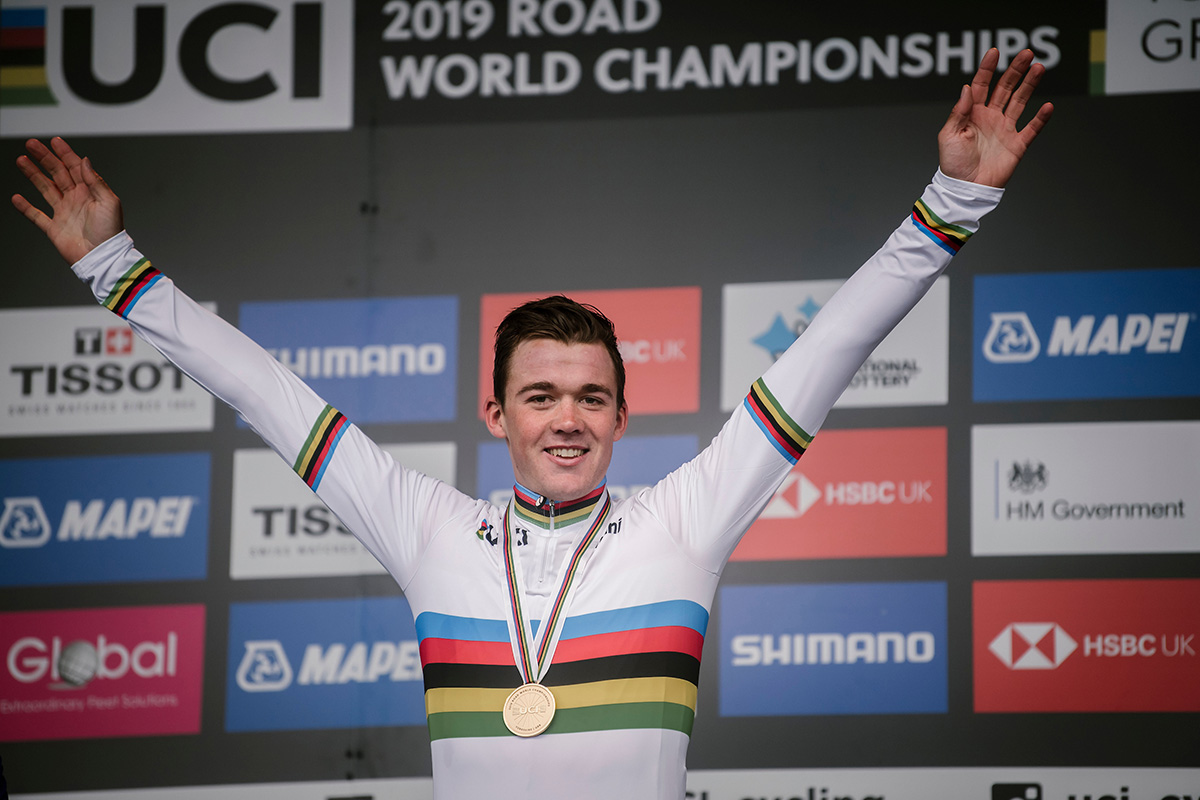