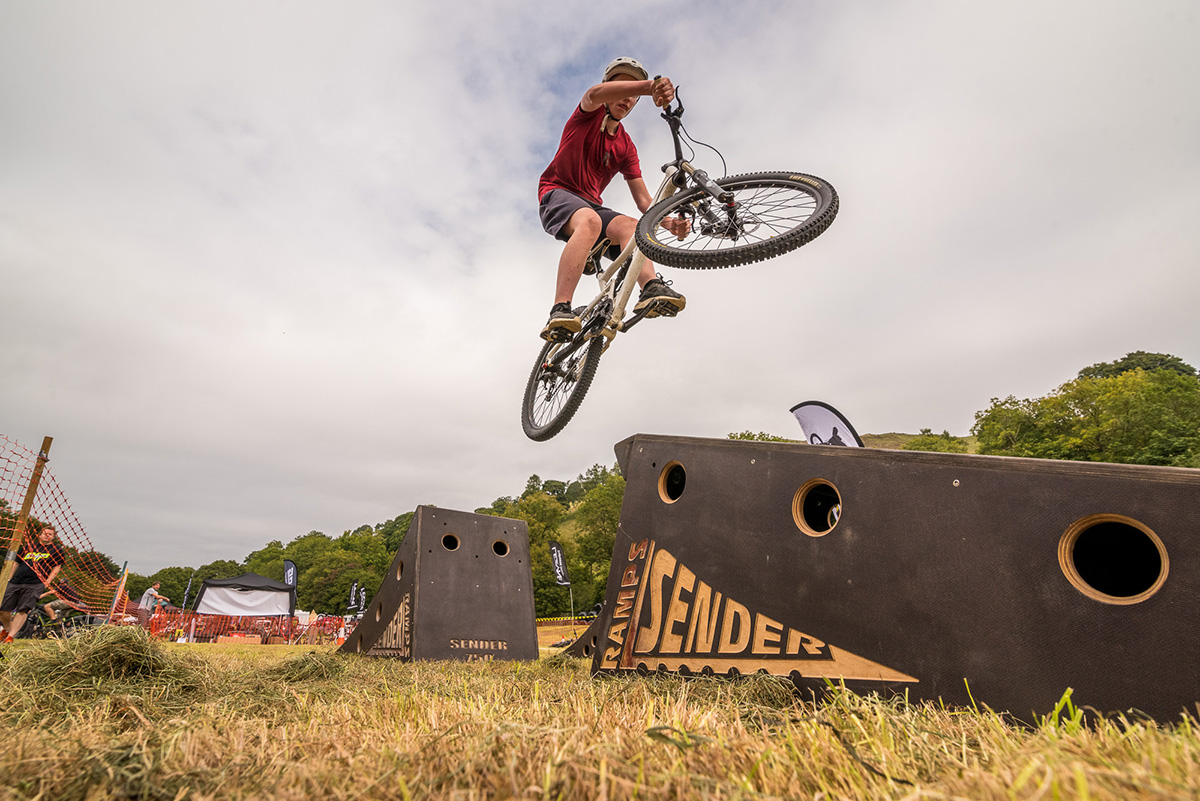 Freelance photographer Andy Cole was among the attendees at last weekend’s South Lakes Bike Fest. Andy has put together some words and images on the weekend..

I was asked to head north with the Little Rippers for the South Lakes Bike Fest, with the promise of bikes, bands and beer, I was in.

Packing the van with camping, photo and biking gear alongside my own Little Ripper, we headed to Staveley in the South Lakes.

We pulled in to the camping field around 6pm, the Little Rippers had already set up their coaching arena, laying out the Sender Ramps to create an awesome little jump park.

The vibe was relaxed, with a few riders loaded up with camping gear and lights heading out for a bike-packing trip somewhere on the high fells and the others milling about the fire-pits, exchanging adventure stories over a few beers. 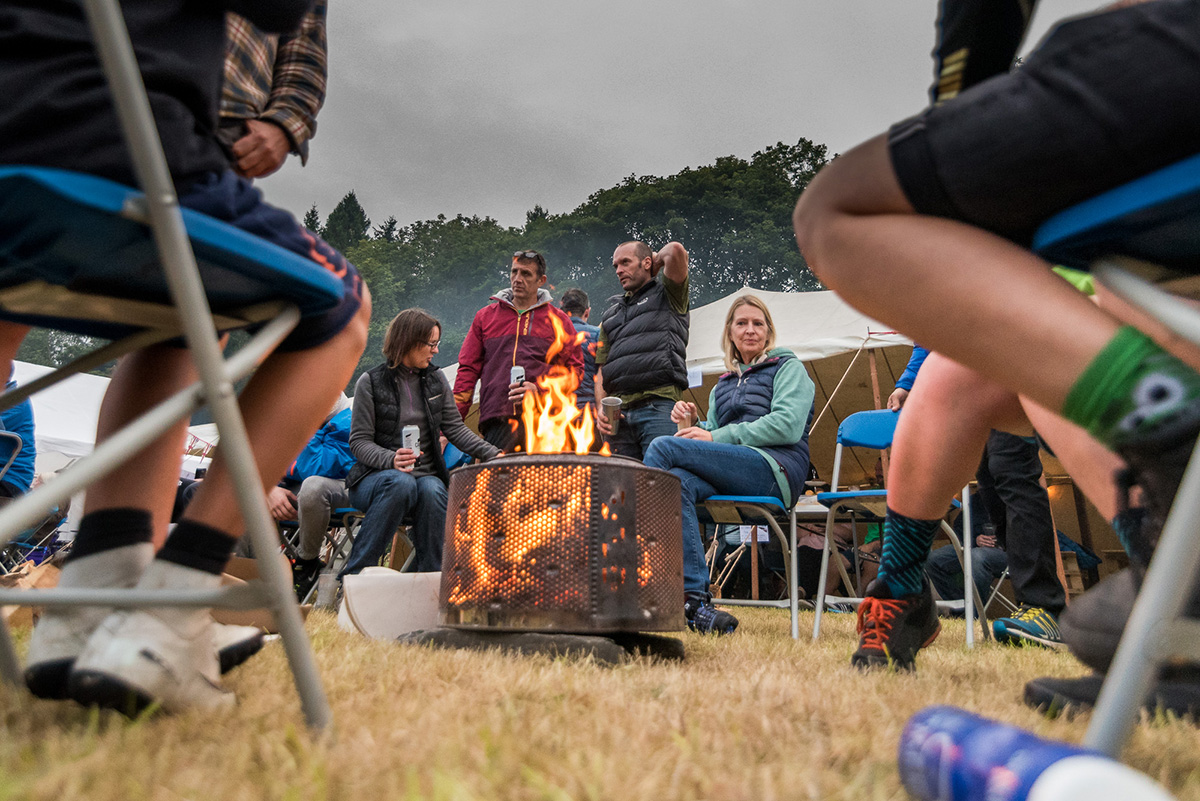 It was great not to be told where to pitch and without people in high-vis vests shouting orders on what not to do.

The Little Rippers crew had saved us a pitch and with a small tent for just the two of us, we were set up in no time.

With it being a small, or I should say perfectly sized festival, it didn’t take us long to walk around the vendors that were there.

The place was set up for the bike packers and the more adventurous, with the likes of Alpkit, Bombtrack and Ortleib covering the bikes and luggage.

Mechanical support was provided by Wheelbase Cycles, based just down the road in the village. 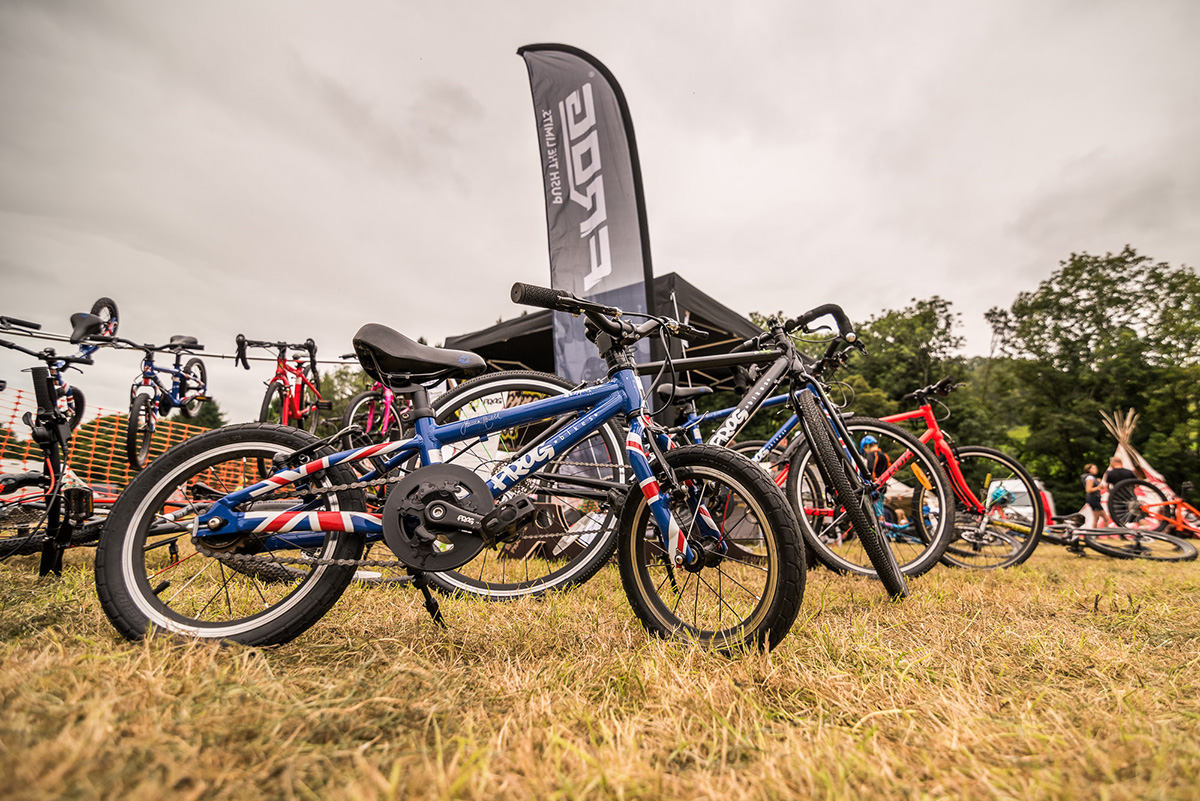 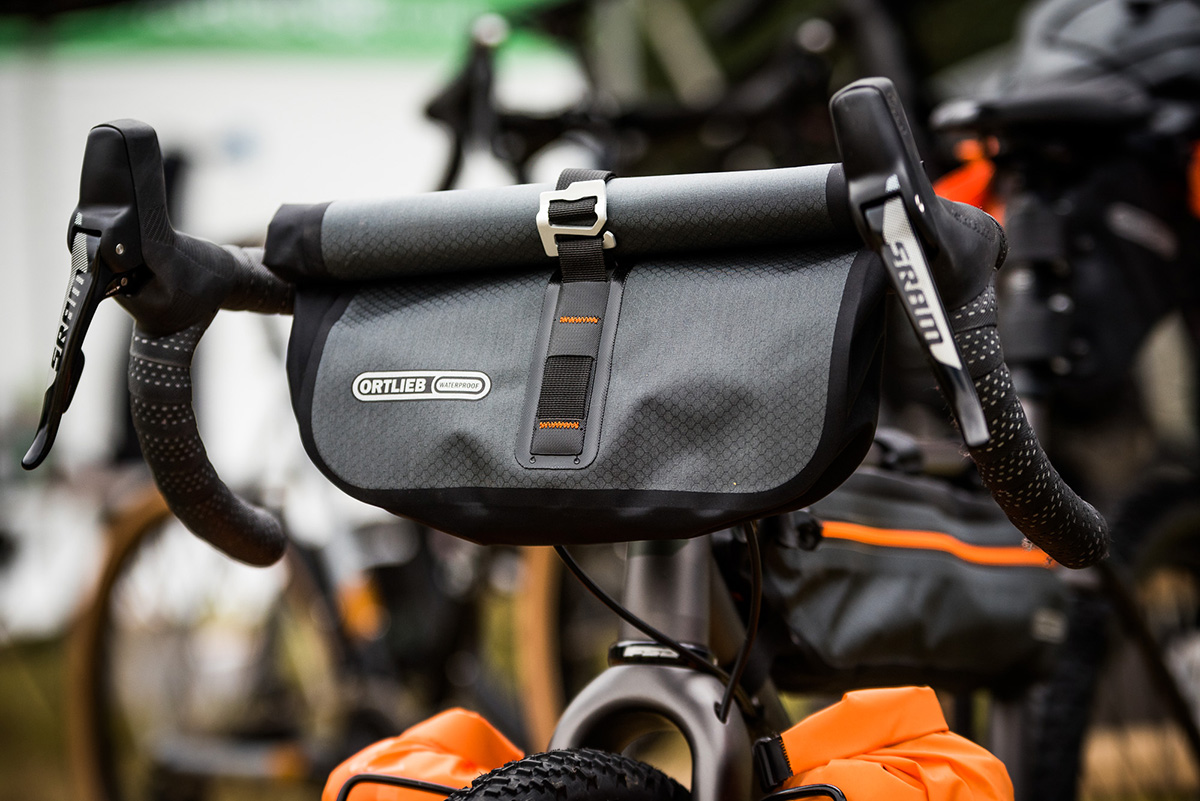 Looking at these bikes, laden with camping gear, got my imagination wondering. Maybe I could carry camping gear along with some stripped down camera gear and disappear for a few days.

The Bombtrack Beyond certainly looked the part and got me dreaming of wild adventures.

After a cold clear night, broken clouds were above the festival and fells, but with no forecast of rain, everyone seemed eager to get out on their bikes.

Guided rides were heading from the event village at 10am, everything from 80 mile gravel rides, to 6 mile family rides were catered for, with the hardcore tackling Nan Bield Pass. It’s up to you to pick a ride suitable to your capabilities. 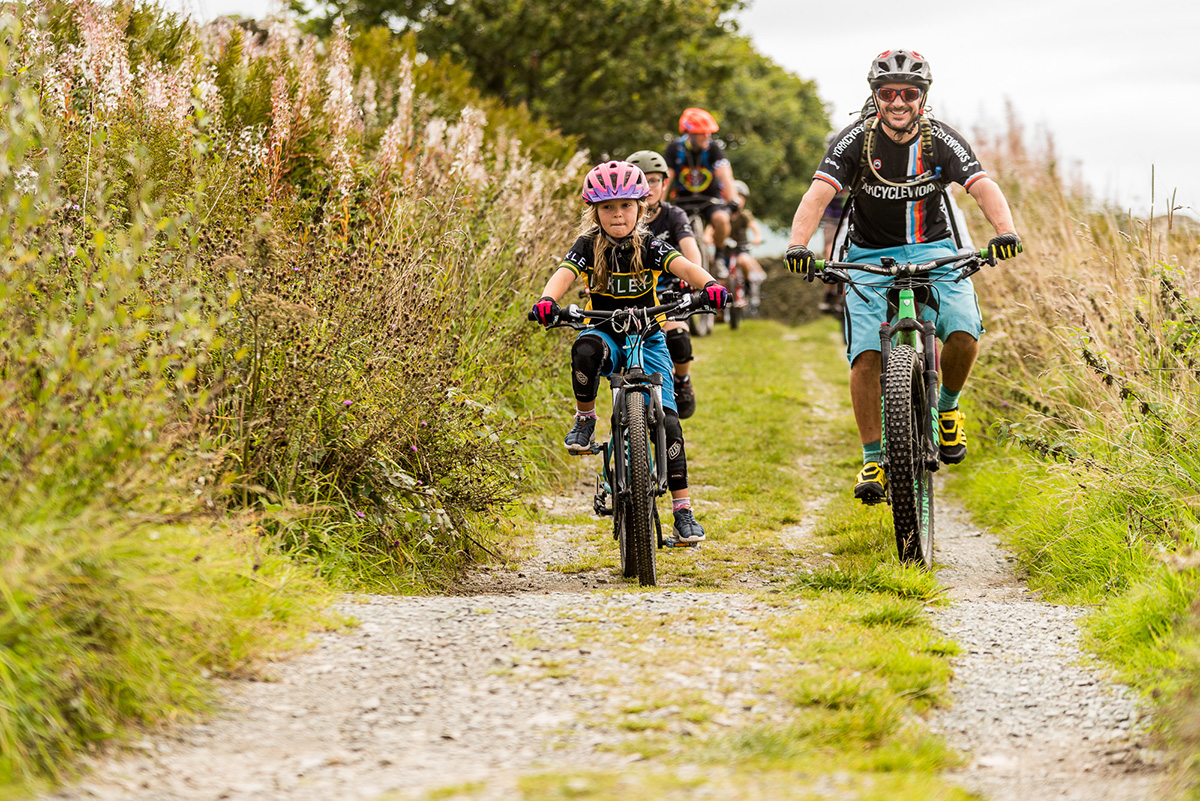 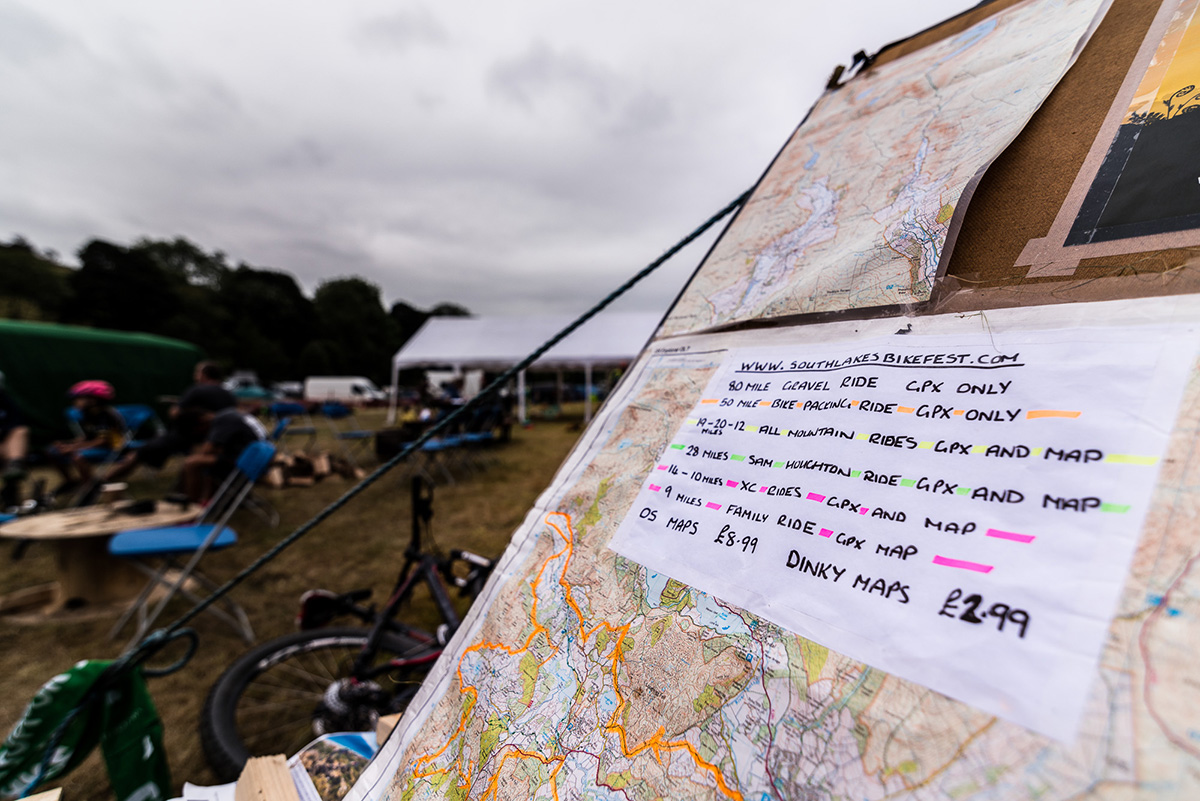 A quick brief from Richard and the leaders and the groups slowly made their way out of the field.

With the Little Rippers crew putting on coaching sessions all day, Ben and me decided to head out on the family ride.

I loaded the Evoc Photo Scout up with enough camera gear to cover the World Cup and headed out with Ian on a small taster of the local Lakeland trails.

The groups headed out of the field and went their separate ways.

We trundled down the road, crossing Scroggs Bridge and heading up Brow Foot Lane.

The tarmac soon steepened as we passed the campsite on the other side of the river, testing not just little legs, but some of the adults too.

At the top we had a short rest to get our breath back, Alison passed around the Haribo before taking the bridleway North West towards Kentmere.

Some riders braved the puddles more than others.

We peddled for a couple of kilometers on good singletrack, regrouping at the split in the trail. On the trail leading us back down to the valley bottom, there were three river crossings, giving us plenty of splash photo opportunities.

With wet feet we hit the road to take us back to the campsite, parting with Ian who was taking those with the legs on a little extended loop.

Back at the event village a steady stream of riders started to return, with most of them hitting the pizza, coffee and cake for re-fueling. 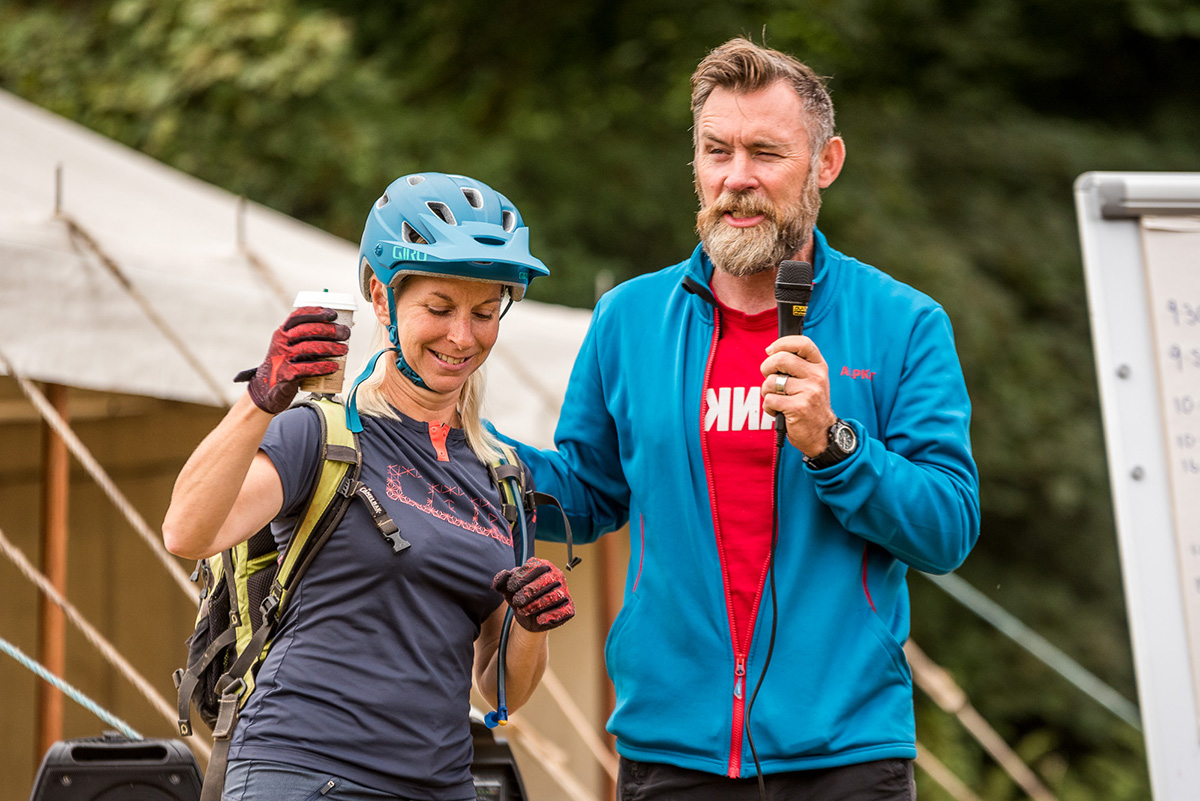 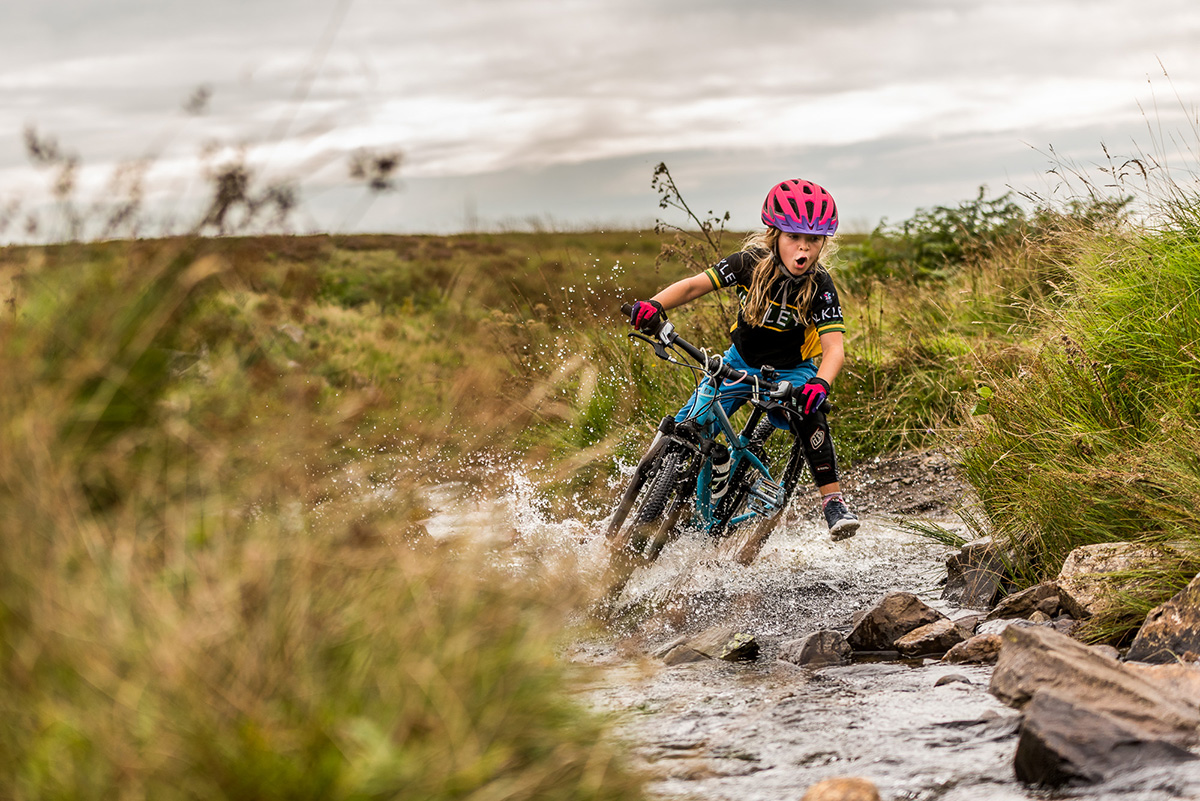 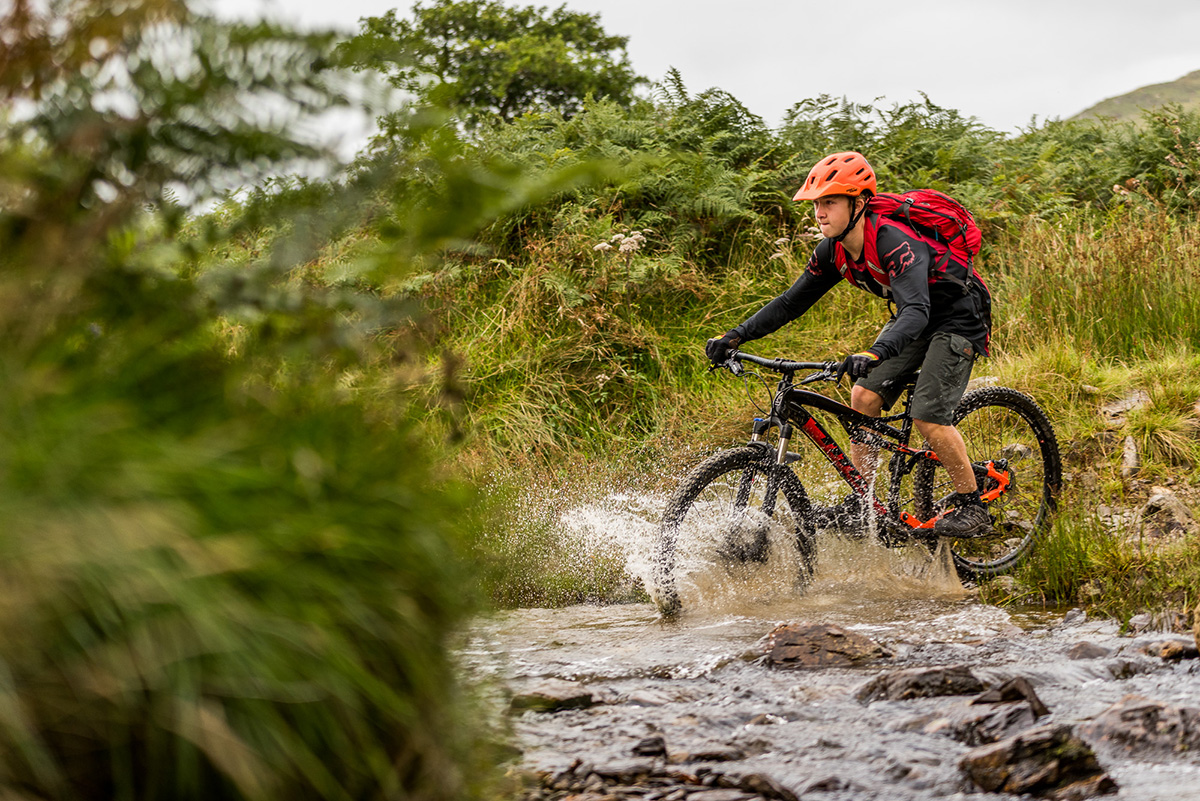 You could see the progression the little ones were making, gaining confidence with every pedal turn.

After the coaching sessions the Little Rippers team put on a couple of competitions, the slow race was great for teaching the kids control, but the highlight was definitely the limbo. All the kids were swapping out their bikes for the smallest they could find from the range of Frog Bikes the Rippers had brought with them.

Local shops supported the event, giving out vouchers for the winners of the Little Rippers competitions.

The Sender Ramps in the jump park were extremely popular with the more confident, older kids, some of the adults couldn’t resist having a play either.

The Sender Ramps manual machine was great for getting the balance point right, I’ll be ordering one of them myself. 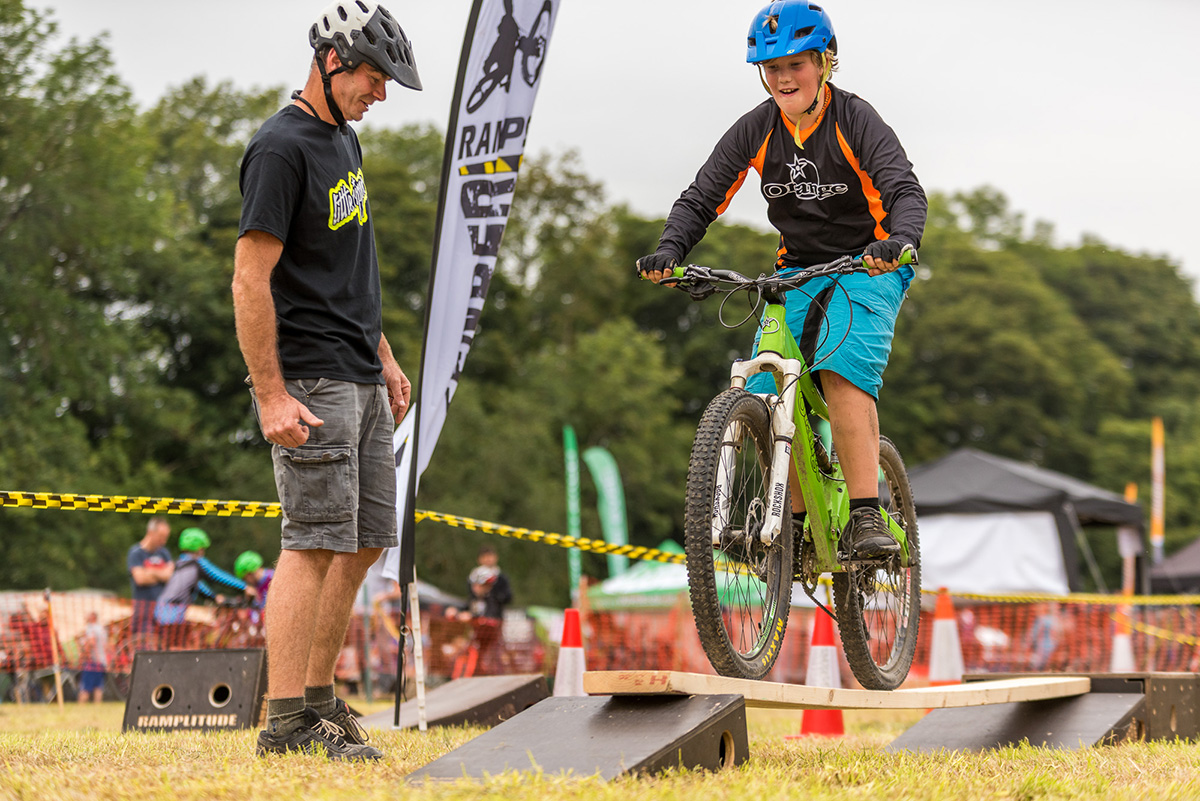 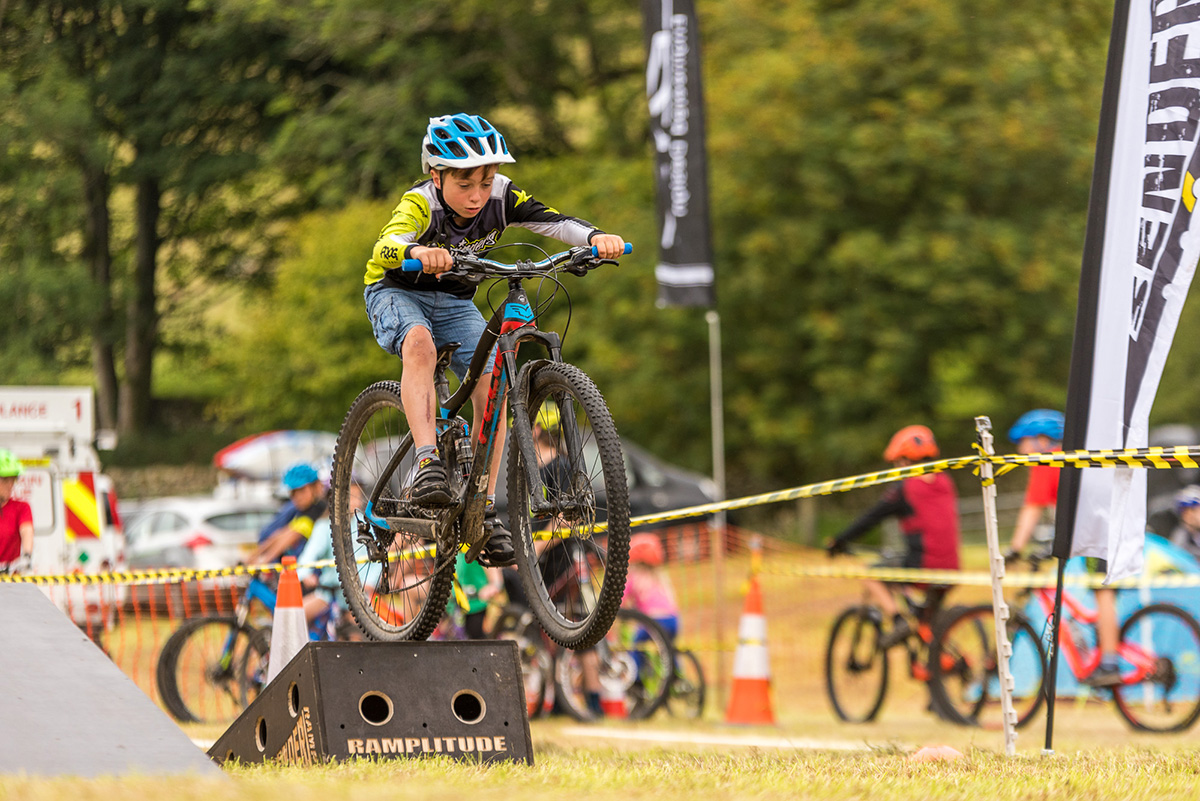 The action didn’t stop when the riding did, volunteers took their turn in manning the bar and at £3 a pint, saw a steady flow of punters wanting to quench their thirst.

Friday Street topped the night off with a blistering set, getting everybody on the dance floor and getting a small field in the South Lakes bouncing.

Although some of the revelers didn’t seem too happy with the band.

Massive thanks to Richard and the team for putting on a great little event and to the Little Rippers for having me along.

See you next year. 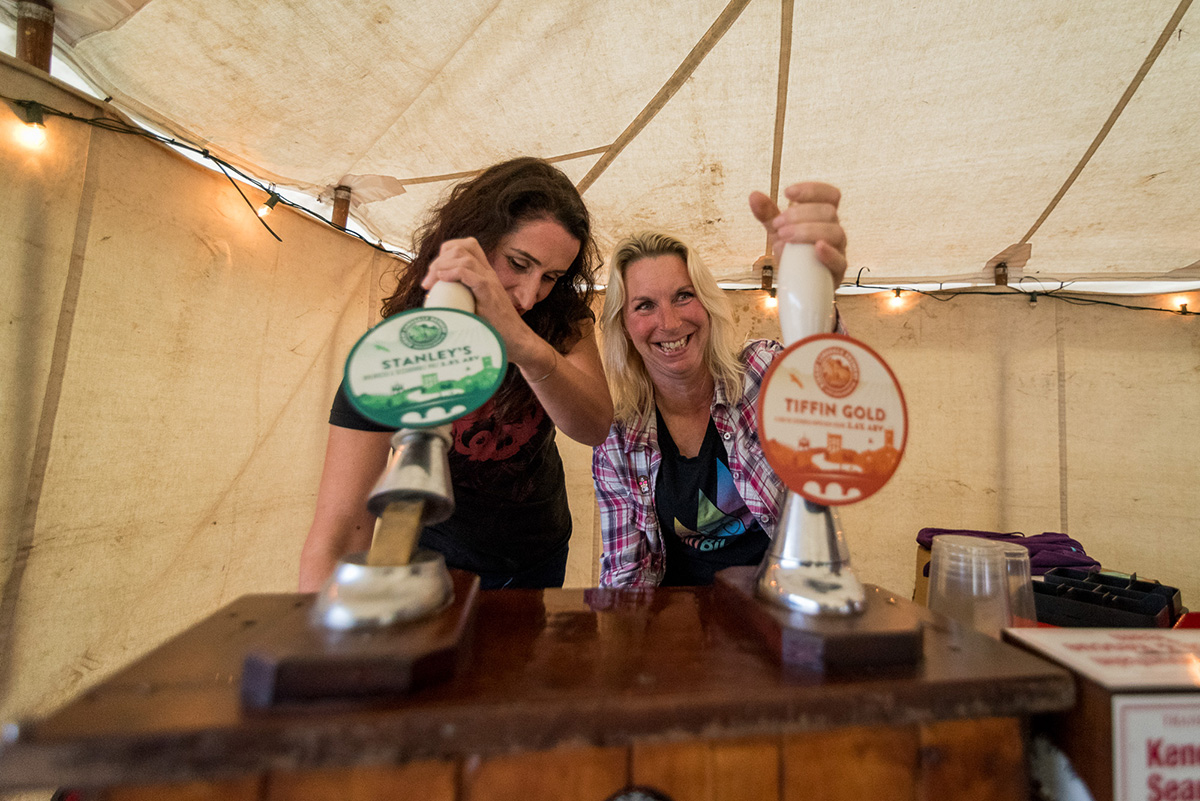 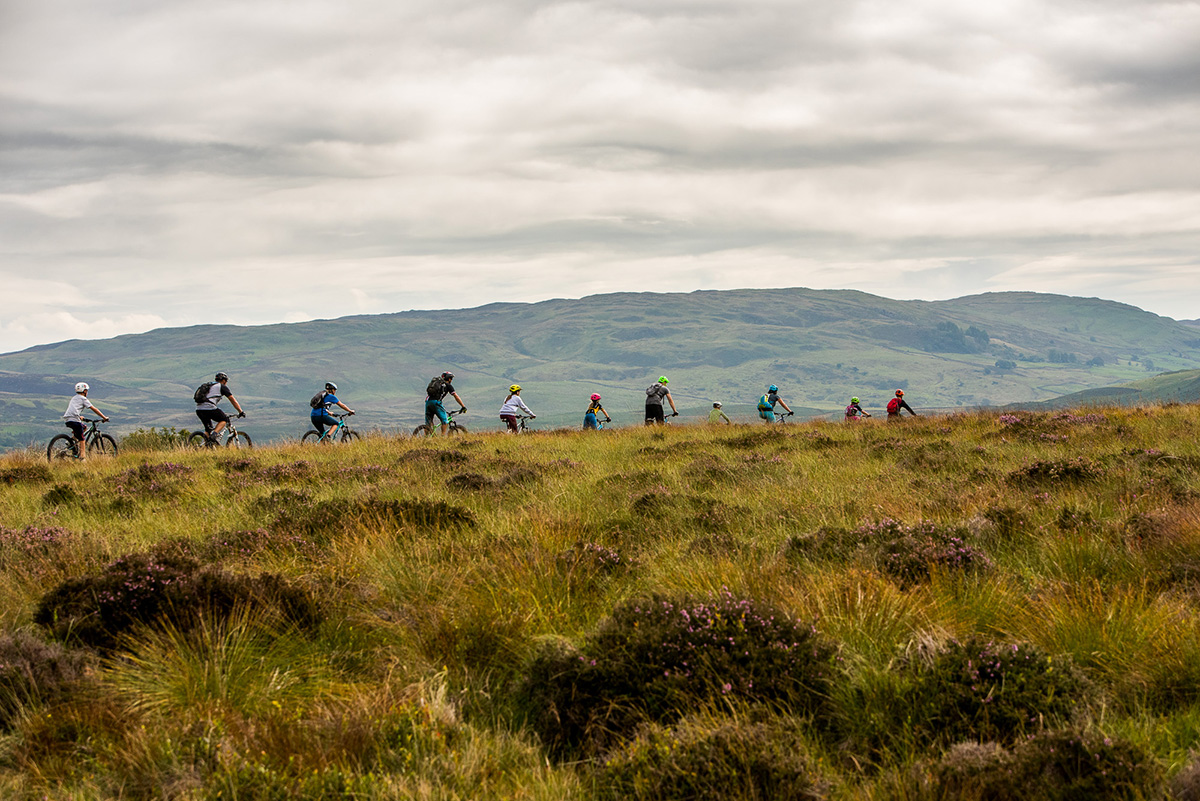