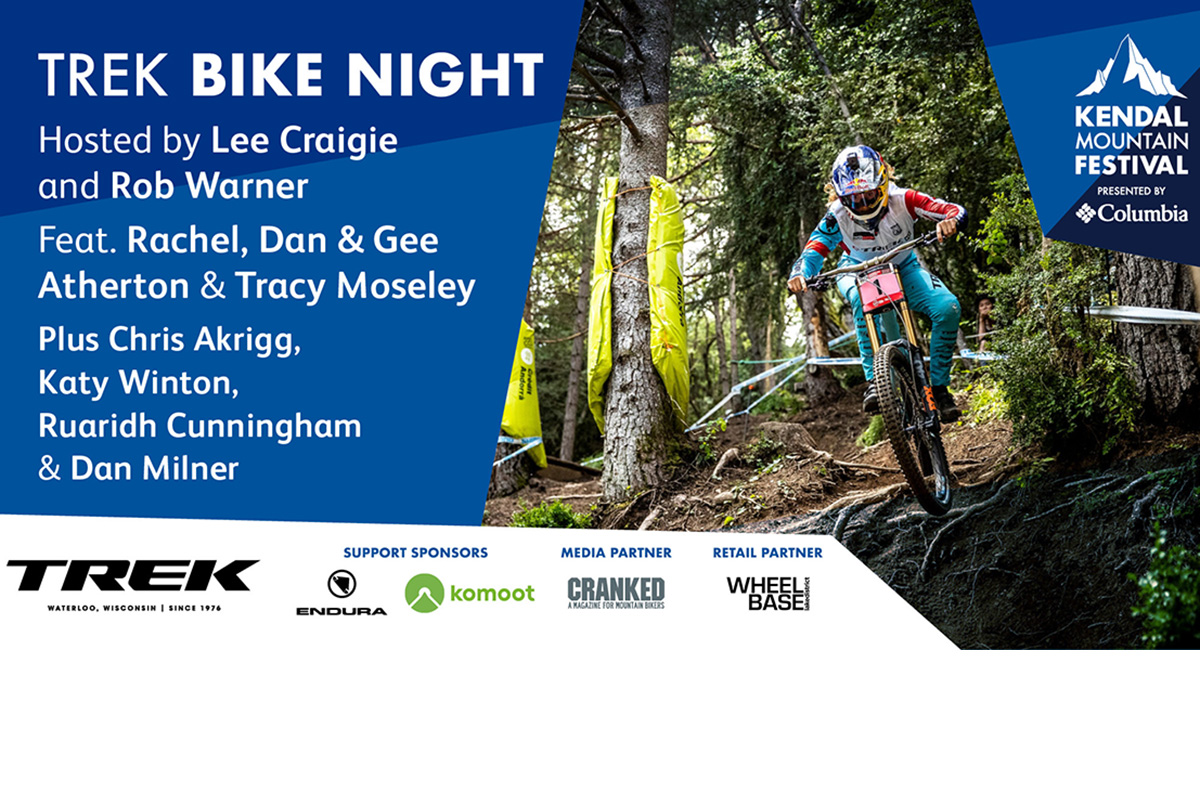 We have teamed up with Trek Bikes and Kendal Mountain Festival for the legendary Bike Night on Friday 16th November at Kendal Leisure Centre. The event will pack in a host of major stars and speakers from the world of MTB, including Rachel, Dan and Gee Atherton and multiple world champion Tracy Moseley. Lee Craigie and Rob Warner will present an evening of unseen content, inspirational speakers and a collection of some of the best bike films from around the world.

‘Bike Night is our legendary unmissable event for off-road bike fans. Hosts Lee Craigie and Rob Warner will guide us through an evening curated to the brim! Unseen content, the best bike films from around the world, inspirational speakers, leading filmmakers and the added surprise of high quality equipment to win and lust after.

This year we’re delighted our special guests will be the world’s most famous bike family – Rachel, Dan and Gee Atherton. They will talk us through the past year’s events, the highs and lows of life on the road and trail and how they came to be past and present world champions. The 2018 Bike Night is truly a parade of champions when we welcome back to Kendal – Tracy Moseley who is surely Britain’s most accomplished and lauded off-road rider, ever! Multiple world champion, still riding at the top of her sport and a sought after coach to boot!

Adventure photographer and mountain bike explore – Dan Milner – returns to Kendal and shares a brief insight into his longer Basecamp talk this year, of life and biking behind the closed doors of North Korea!

Adding to our packed evening we’ll have local rider and filmmaker – Ben Gerrish present his best local’s selection of new short MTB films – ‘One More Brew’ plus live music from our new ‘house band’, great prizes to be won for worthy causes and the inevitable unpredictable surprises that evolve on-stage each year.

Tickets are selling fast, head over to the Kendal Mountain Festival site to join us for what promises to be a mega event!