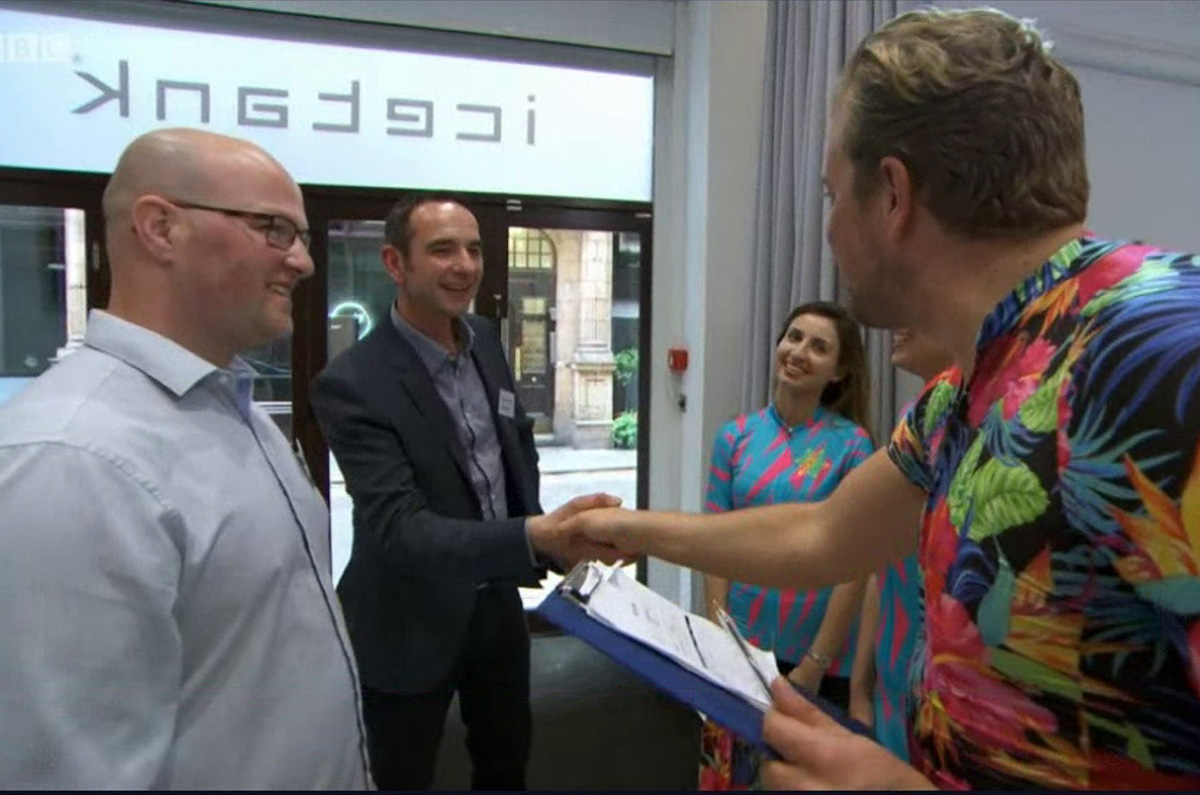 So did you spot our Wheelbase Cycles guys on The Apprentice last night on BBC One? They were looking at the candidates eBikes and some rather bright and fruity SupaCaz jerseys on this prime time show!

Colin from our store team at Wheelbase Yorkshire, Stu from our Mail Order team and director and co-owner Toby Dalton all took the trip down to The Apprentice this May to film the episode across two venues in central London along with other industry players.

It was the second time Toby had been on the Apprentice after being on Series 12 : Episode 12 back in 2016 – ‘Cycling Crowdfunding.’