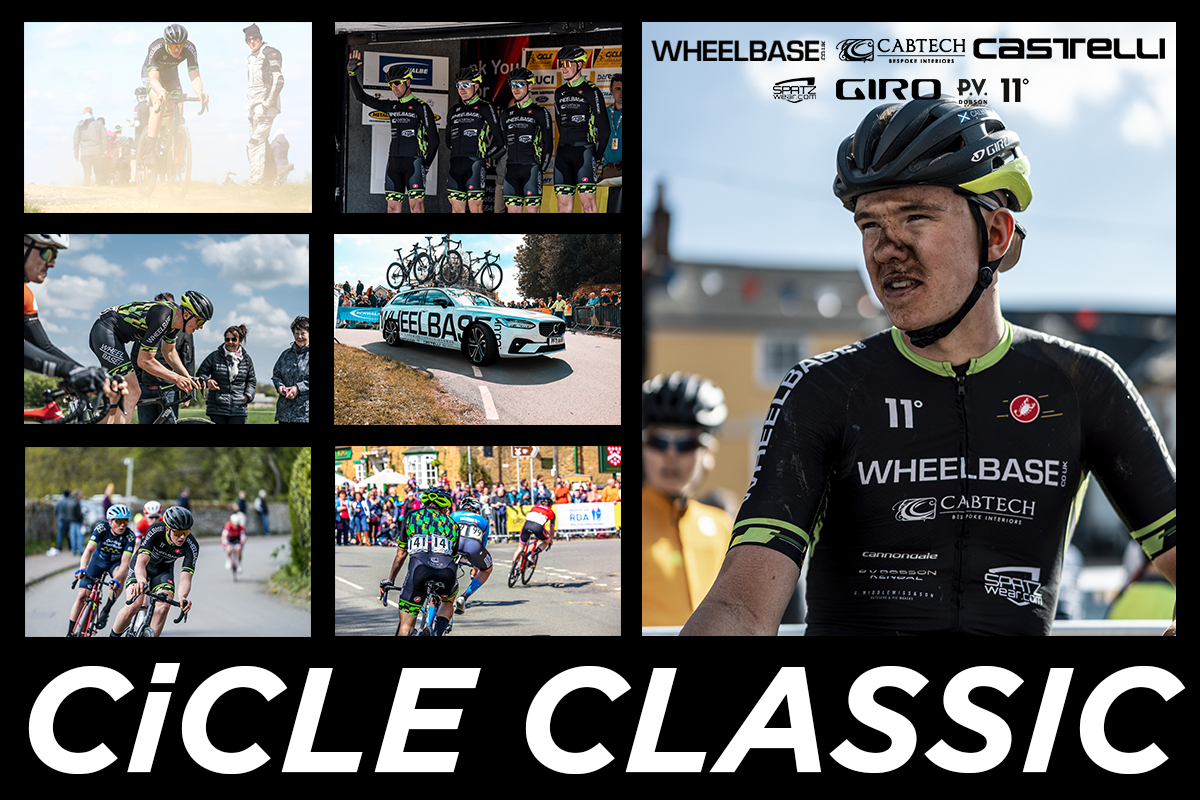 The Wheelbase Cabtech Castelli team headed to Rutland and Melton in the East Midlands for the infamous CiCLE Classic International road race on Sunday the 24th of April. This grueling race is the UK’s only international single day road race which always attracts a super-competitive field of the very best road racers from the UK and beyond. 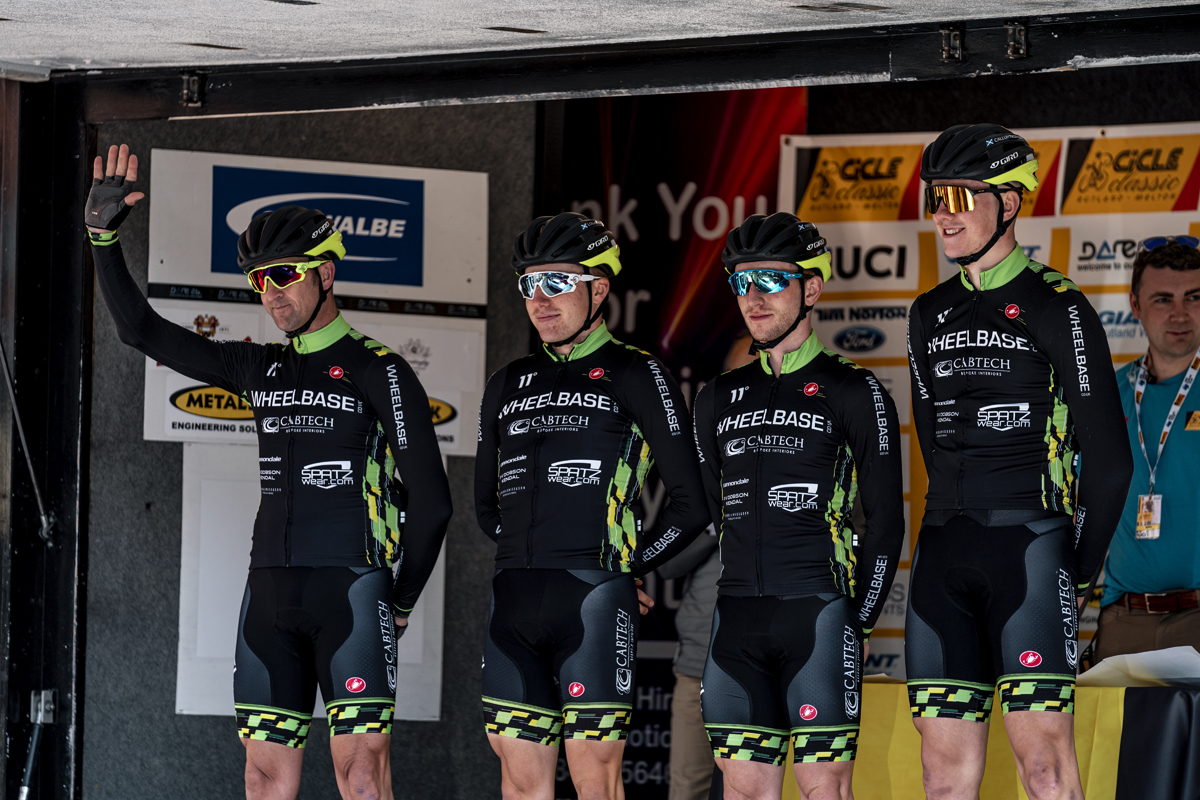 This annual race is referred to as ‘Britain’s Paris-Roubaix’ thanks to its unique mix of fast road sections combined with demanding stretches of farm lanes that feature loose gravel sections, deeply-rutted portions and difficult short, sharp off-road climbs. Contested over 180kms this fast & frenetic race would ask a lot of our young team and our racers lined up with some trepidation; however with experienced team captain Davie Lines alongside them they could be assured that they had some really valuable pre-race knowledge available to them. Similarly our lads could call on the knowledge and experience of our Directeur Sportif Stu Reid who would be in the team car, looking after the riders and keeping them focused on race tactics on the day. 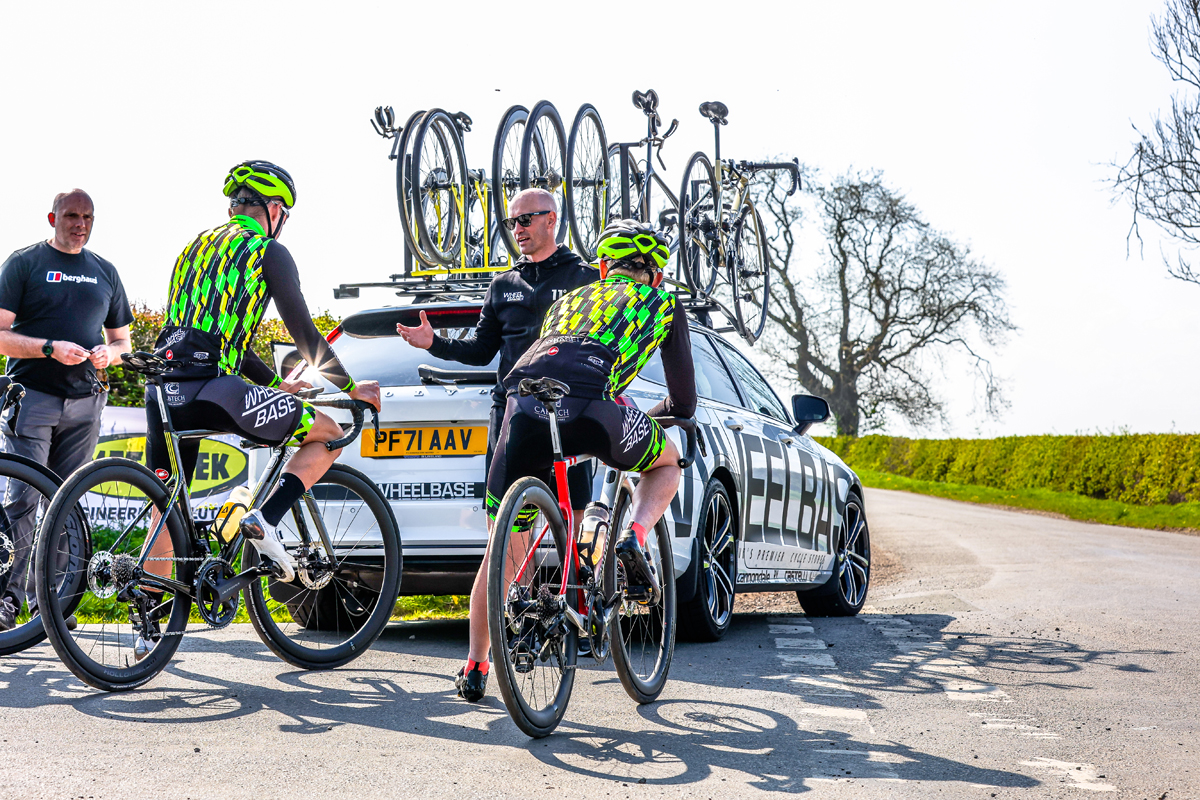 With the race taking place on Sunday the Wheelbase Cabtech Castelli team took the opportunity on Saturday to do a thorough recce of the most important stretches of unmade farm lanes. Simulating the sorts of speeds that would occur on race day our riders hit the sections at full chat with the best technique involving staying in the saddle while powering through in a big gear in an effort to strike a balance between controlling the bike and holding momentum until the next, more forgiving road section. A cursory glance at their social media feed in the build up to the race would confirm that our riders were coming into the CiCLE classic well prepared with Callum Thornley notably spending a lot of training miles on the endless gravel lanes around his home in Scotland. 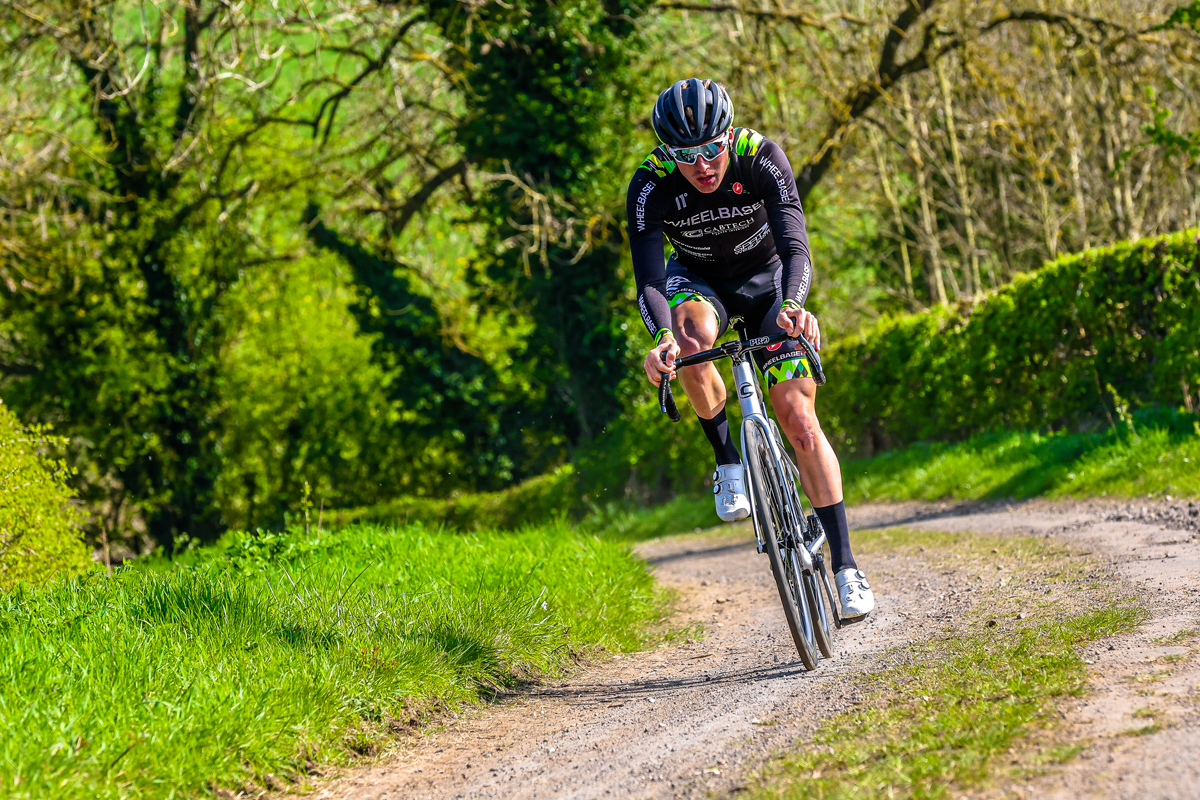 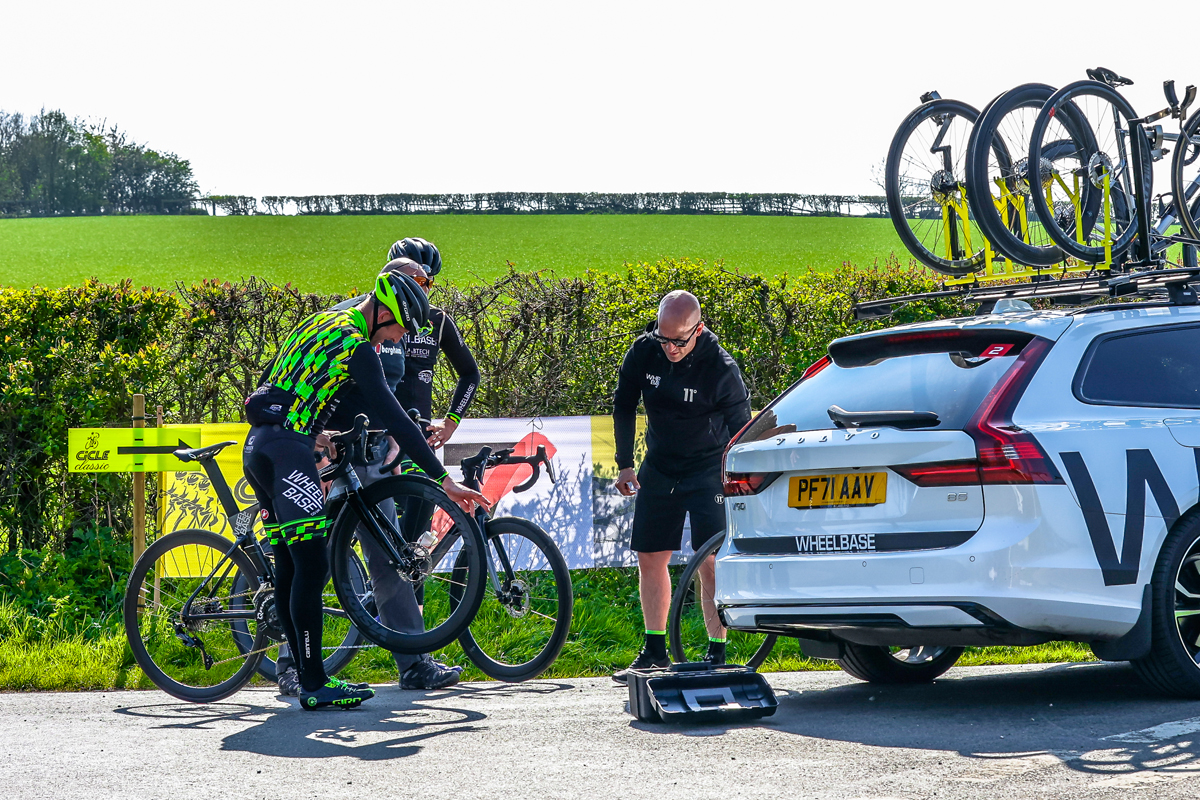 The recce was a chance to adjust equipment to suit the demands of this unique race. Credit: Warren Davies

Come Sunday and the team were greeted to dry conditions with a strong easterly wind keeping things chilly; after a good few weeks of dry weather the unmade farm lane portions of the race were going to be dry and loose with that wind whipping up dust and potentially affecting the visibility for riders who were not positioned at the very front of the race. Lining up for Wheelbase Cabtech Castelli we had Davie Lines, Callum Thornley, Logan MacLean and Matti Dobbins. Inevitably the race was fast and unpredictable from the gun; we’ll let Callum take up the story of the CiCLE Classic… 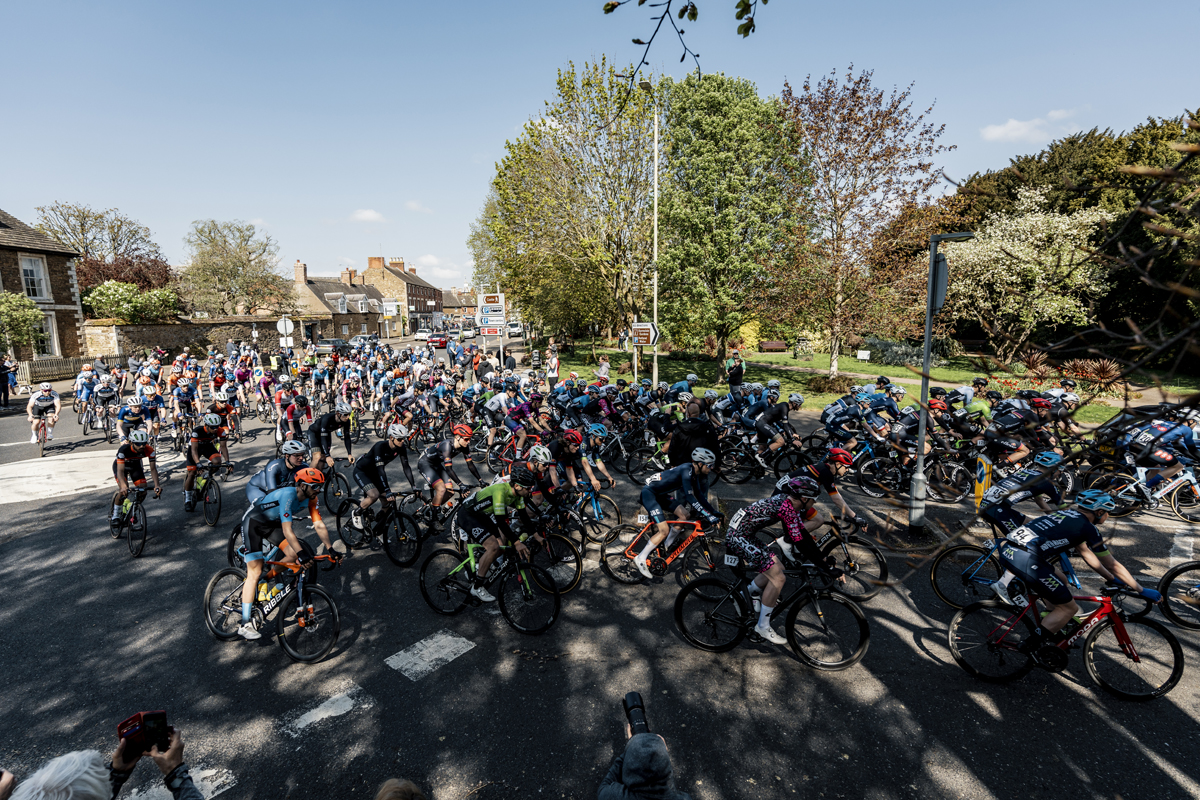 The large field of riders roles out, ready for some fast, frenetic racing. Credit: Joe Cotterril

The race was chaos from the outset, the first 30 mins was full of sporadic attacks until the break was finally established. At this point the race behind became a constant fight for position for 70km until the first sector of farm lanes. There were multiple crashes in this early part of the race; unfortunately team captain Davie came down in a major pile up which ended his race. With the remaining team all positioned within the first 40 or so riders we went into the technical off-road sections in full flight; in the confusion another rider from a rival team rode into the back of Logan’s bike breaking a spoke in his wheel and causing it to jam against the frame rendering it unrideable. With Stu in the team car stuck behind earlier crashes the writing was on the wall for Logan too with his race ending there. 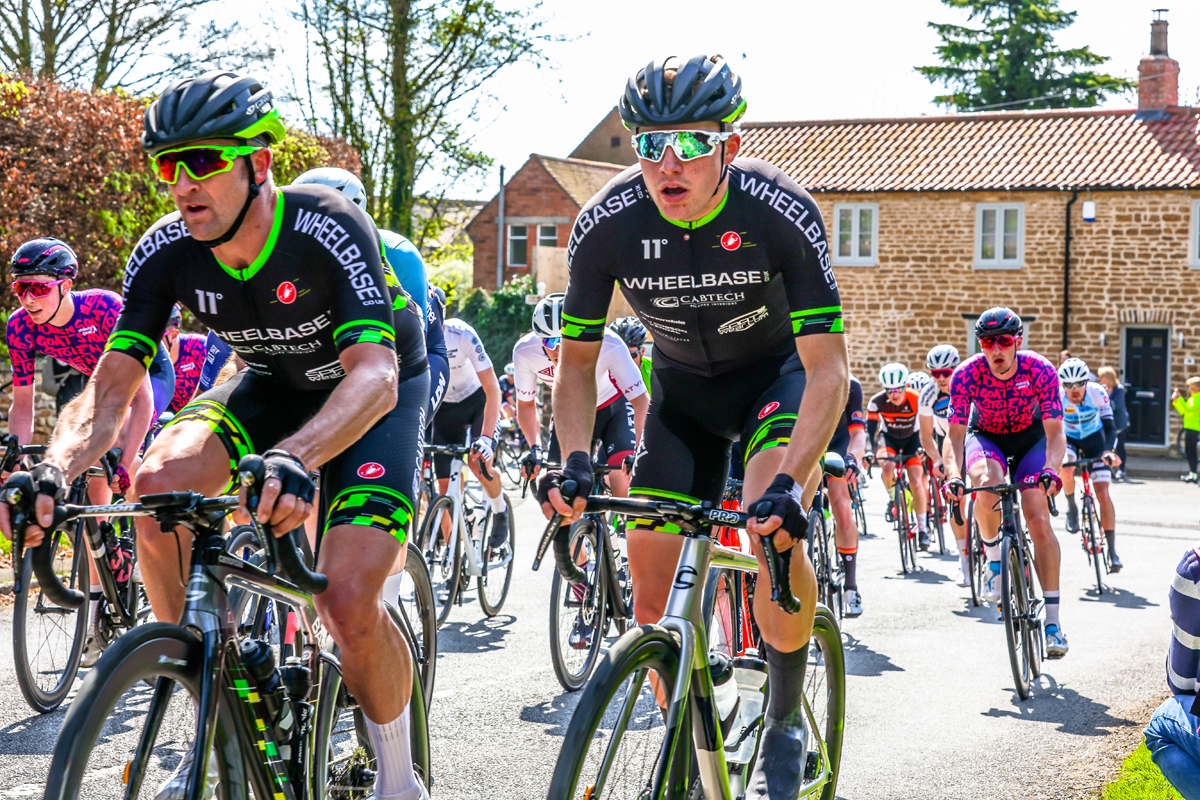 Davie Lines and Logan MacLean were to taste misfortune later in the race. Credit: Warren Davies 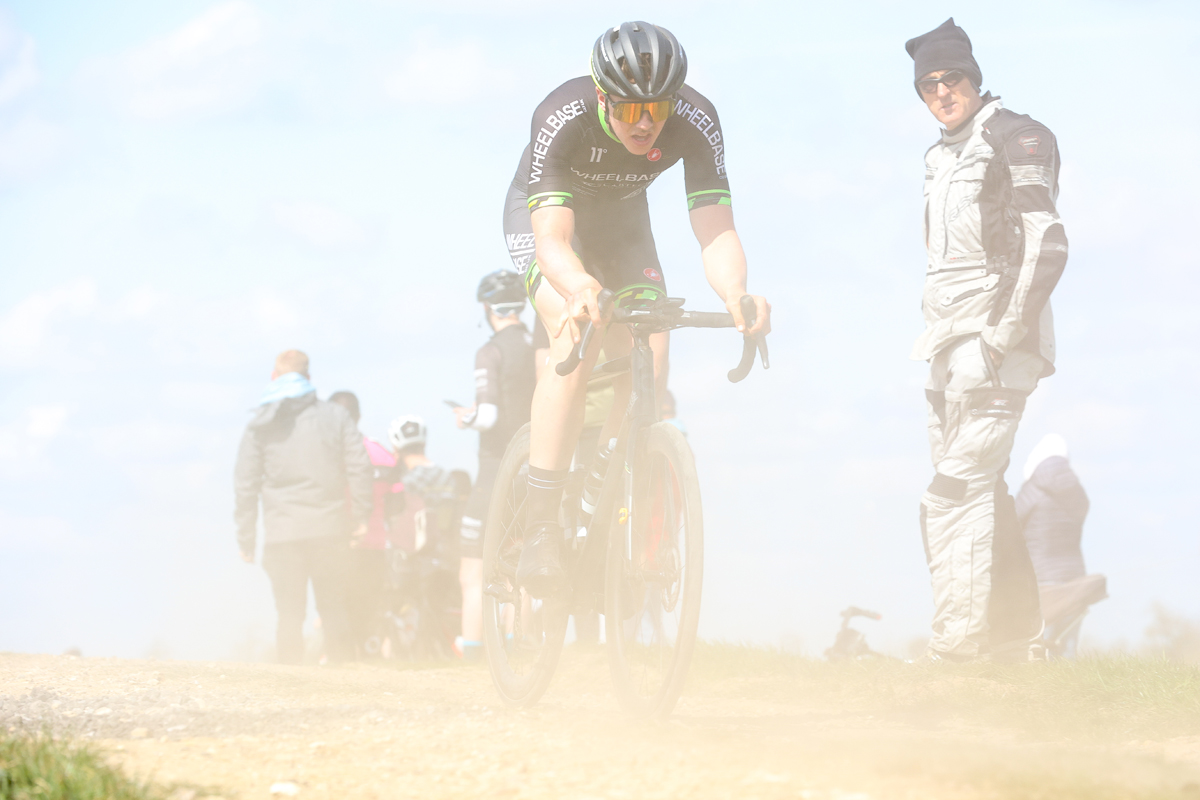 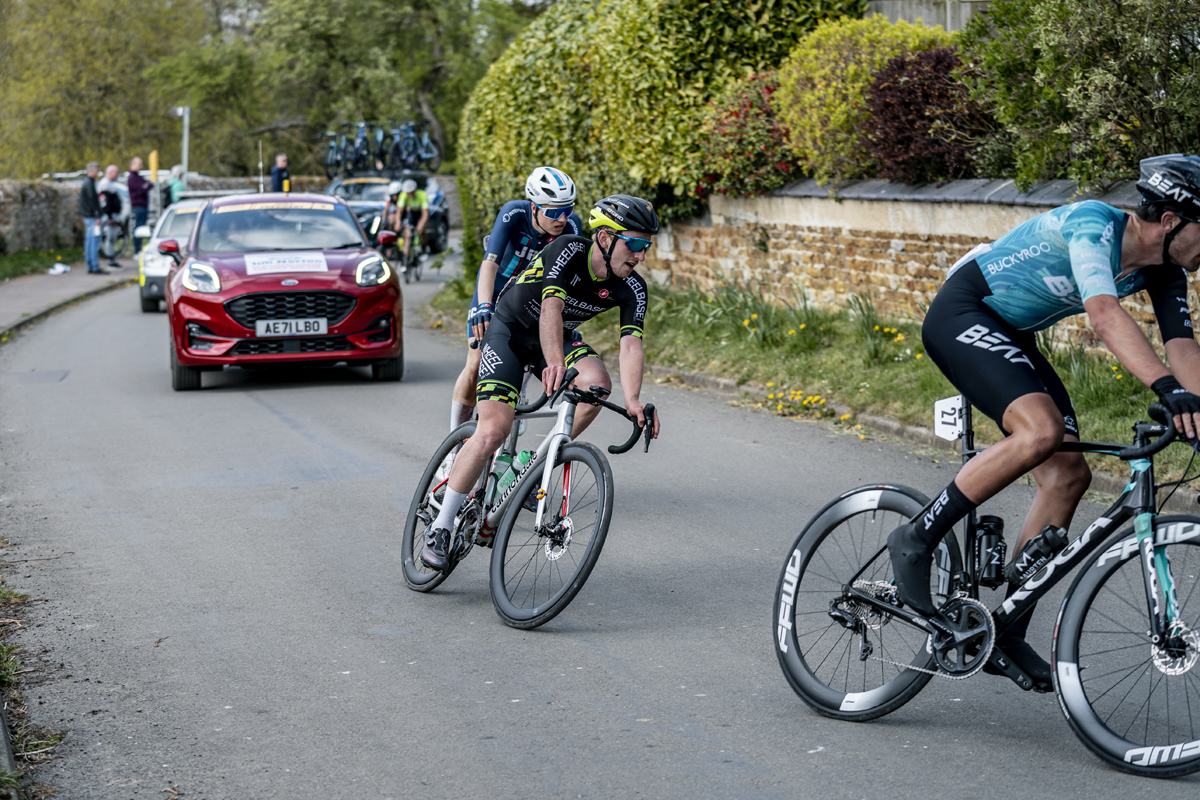 Our next rider to taste misfortune was Matti who had picked up a slow rear flat on one of the off-road sectors and was unable to get assistance from the Wheelbase team car before being black flagged by the race commissaire for falling too far behind the race. Our bad run of luck was not unique to us, with 111 riders classed as DNF (did not finish) at the end of the race, reflecting just how demanding this race is on both bike and body. Meanwhile I was dealing with a dropped and jammed chain caused by the unforgiving off-road portions of the race; I managed to chase back on then crashed on the next Sommerberg sector but managed to keep calm and focused, recovering quickly to regain contact with the bunch again. Completely spent as we approached the finish of the race I managed to salvage 29th place as the lone finisher for Wheelbase Cabtech Castelli. The race was totally splintered by the line with only 52 riders finishing out of  180 starters; it was a great experience racing the CiCLE Classic International and we learnt a lot from this unique UK road race. 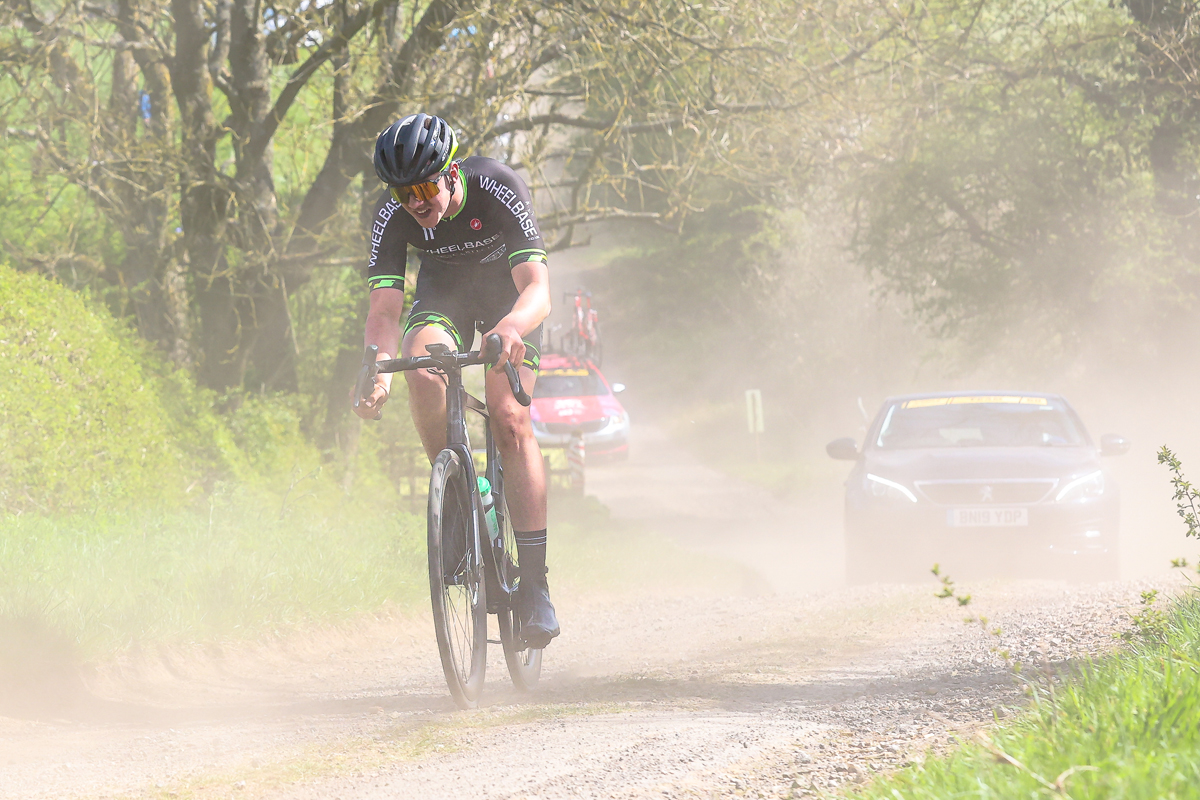 Despite the chaos Callum remained composed and was able to stay in contact with the race. Credit: Warren Davies 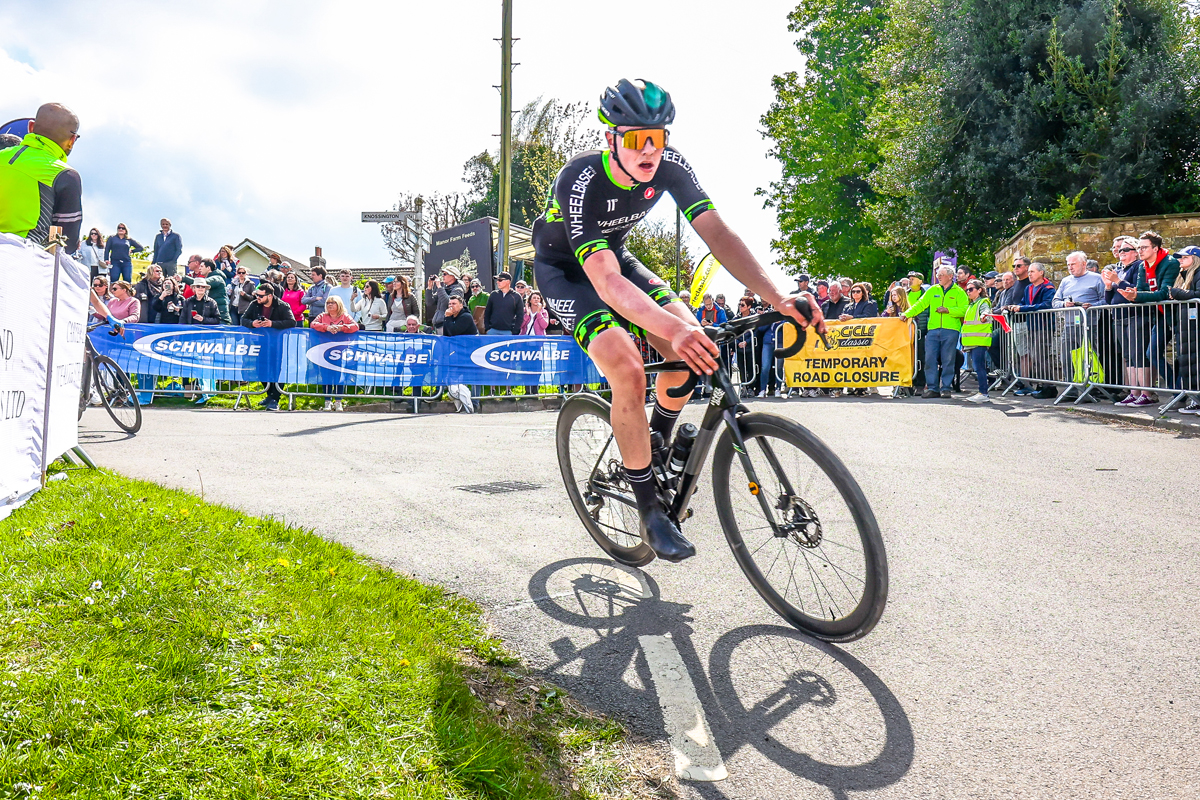 Well done to all of the team riders and staff for working together well throughout the build up and race to represent us so well in front of the large crowds in Rutland and Melton. Special shout out to the eventual race winner – Finn Crockett who previously raced for Wheelbase Cabtech Castelli before being snapped up by a larger team at the end of last year following some great national race results last year. The CiCLE Classic International was a huge result for him. Chapeau Finn!

Elsewhere our Wheelbase Cabtech Castelli team were well represented at the Drummond Trophy road race up in Scotland. With two of our Scottish lads Tom Merry and Tim Shoreman racing in dry conditions against strong headwinds which affected the dynamic of the race. We’re really pleased to say that Tim managed to take the win! Here’s a quick race summary from him…

In windy conditions the bunch largely stayed together on the first lap before a group of around 10 riders got away on the second lap. I put in a big shift in to bridge over to the break in the second lap taking one other rider with me; at this point the bunch eased up and our break disappeared up the road extending the time gap out to 5 minutes thanks, in no small part, to the effects of those strong headwinds.

After sitting in the bunch Tom followed a move on lap three forming a group of 6 riders between the break and the bunch, however this was swallowed up by the bunch with about 2 laps to go. Once Tom’s group was caught by the bunch they sat up again allowing the break that I was in to extend our lead even further. A few riders splintered off the front of the now reduced bunch on the last lap and Tom rolled in as part of the bunch.

Meanwhile the break was working well together until two laps to go when a few attacks saw a number of riders dropped. Around the same time a rider went solo off the front, he would spend about a lap on his own before being caught by the remnants of the break with half a lap to go.  With a number of fruitless attacks on the last lap a group of 7 riders arrived at the finish together for a sprint. Biding my time until the right moment I made sure I was positioned exactly where I needed to be and was able to sprint to the win.

Big congratulations to Tim Shoreman on the win!