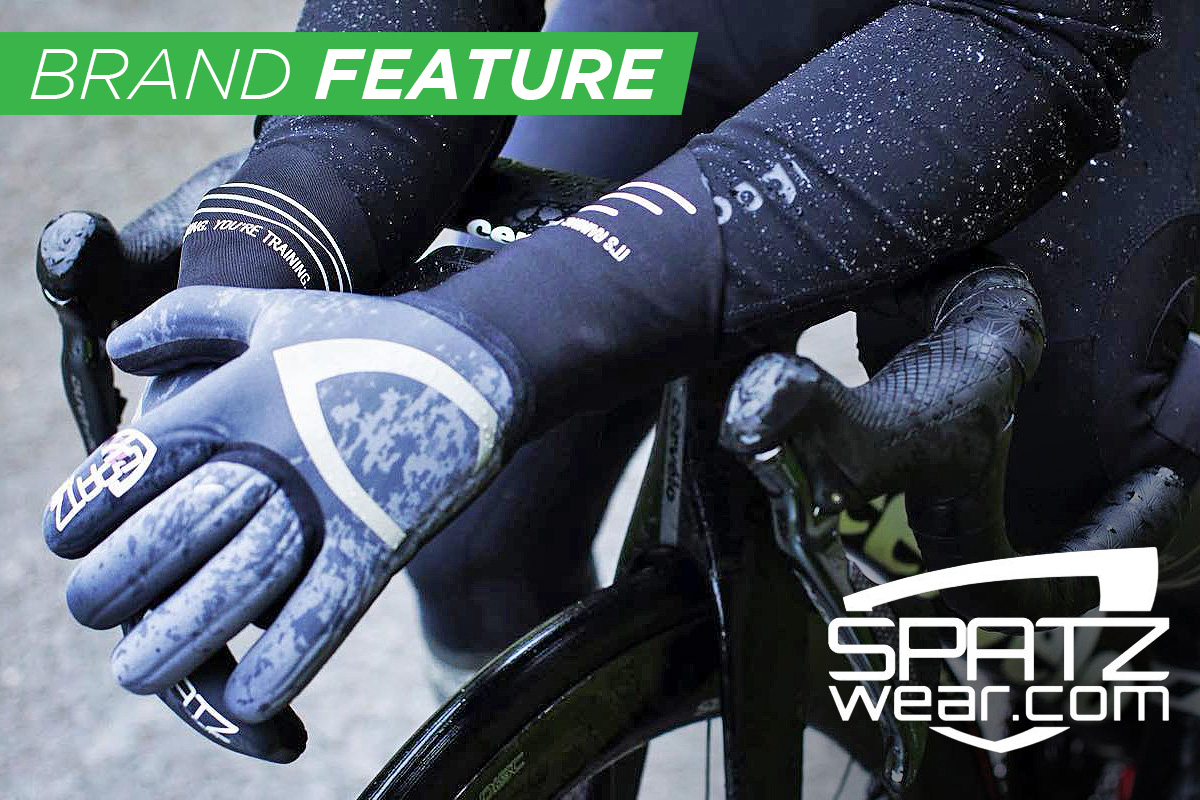 We’re all too familiar with training in the rain here at Wheelbase; with stores in the Lake District, the North East and Yorkshire we know all too well that it can (sometimes) be ‘grim oop North’.

Chances are though, if you’re a keen cyclist ANYWHERE in the UK and are determined to train throughout the year regardless of the weather and time of year then then you’ll no doubt be regularly faced with cold, wet weather where the large majority of your attention is focused on trying to stay as warm and dry as possible for the duration of the ride.

You may be familiar with the saying ‘necessity is the mother of invention’, well Tom Barras the former UK-based professional cyclist, is testament to it! The founder of Spatz Wear has spent countless hours training on the grippy roads of Yorkshire in weather conditions that define the word grim. Tom who also has a background in product design would often dream of a solution to having cold wet feet whilst cycling; having tried all forms of overshoe over the years Tom felt sure that he could improve on what was available at the time. 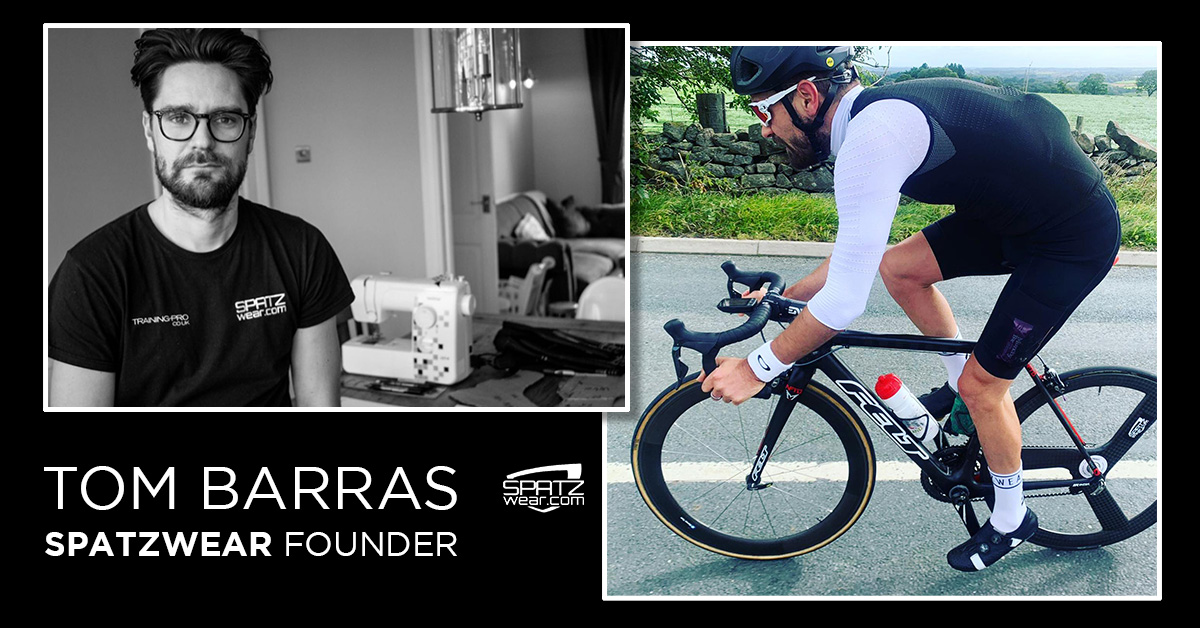 Like all good product designers Tom threw out the rulebook and came at the problem from a whole new angle, starting from scratch Tom devised a new, hugely different protype overshoe and handmade the first pair at his dining room table. Wearing them under his tights Tom began to test these new overshoes in real-world Yorkshire conditions.

Shortly after, during a regular training session with a certain British Olympic Triathlete, ridden in all-too-familiar cold, wet conditions Tom’s training partner got talking about how much he was suffering with his cold feet. It was time for the big reveal – when Tom shared his amazing idea the response was that this design solution was a revelation and a business partnership was quickly born.

Shortly after and following numerous design prototypes and extensive product testing Spatz were ready to be launched to the public. When this first Spatz over shoe was revealed to the UK cycling community the response was the same  – riders instantly recognised the need for such an overshoe with the first product batch quickly snapped up.

The growth of the Spatz range has been rapid, with each new product being born out of the same fresh-thinking design approach to the usual established ‘norm’. Whether it’s base layers, gloves, overshoes, socks or gilets Tom has taken on the problem and found the solution by starting with a completely fresh outlook before refining each concept with the best materials and manufacturing processes.

Here’s a brief look at some of the key Spatz products for this season…. 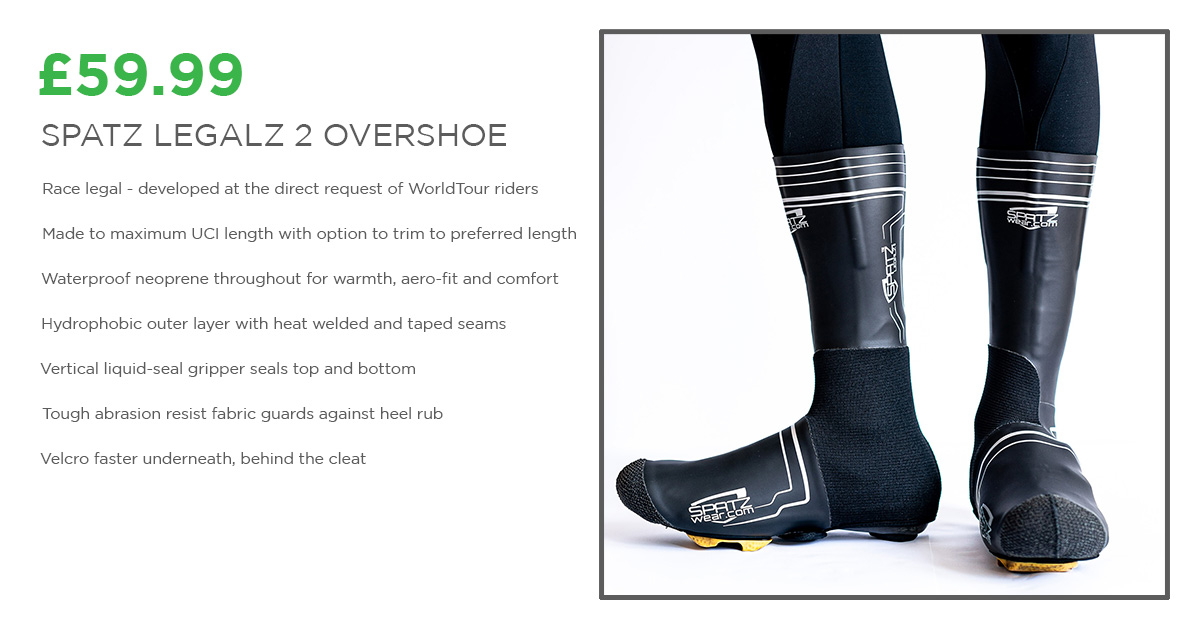 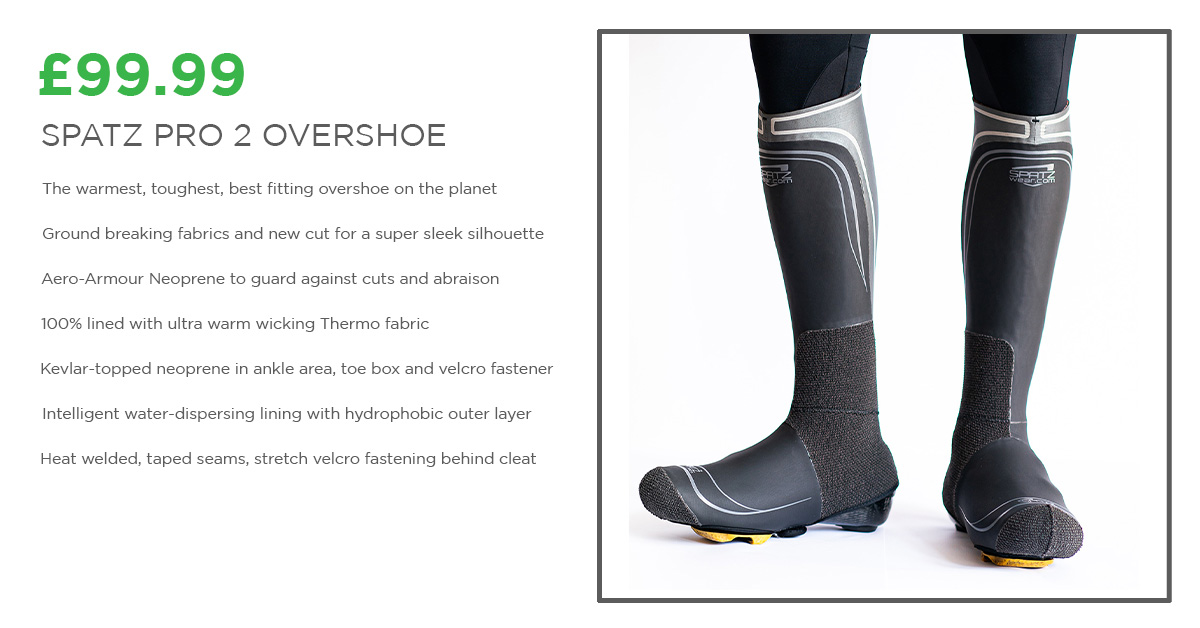 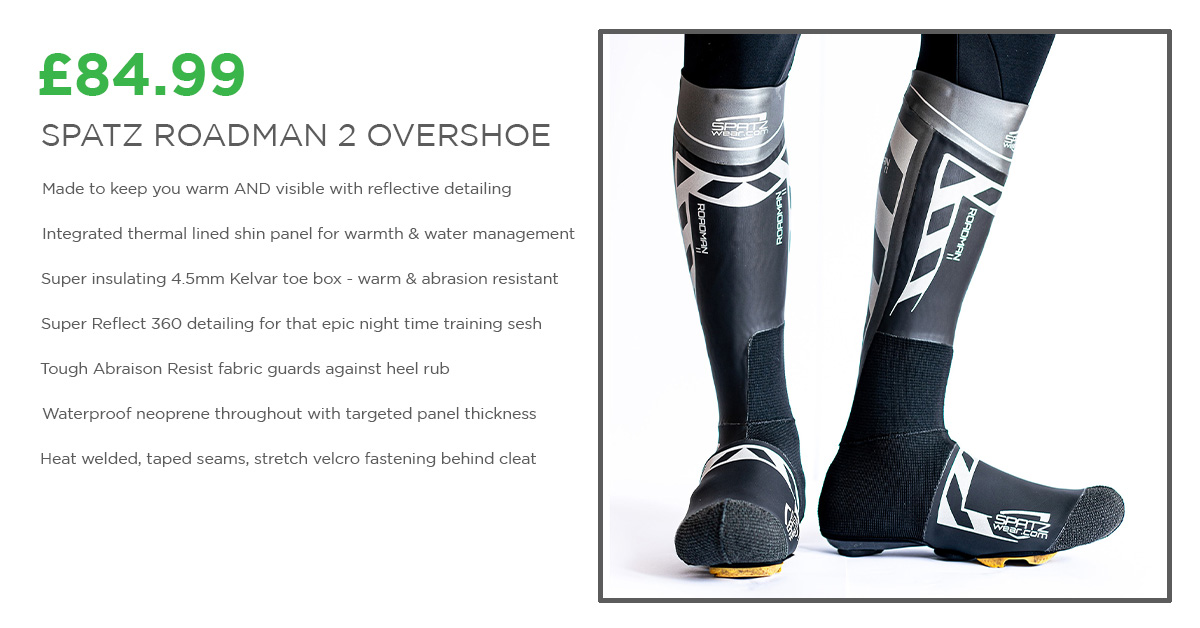 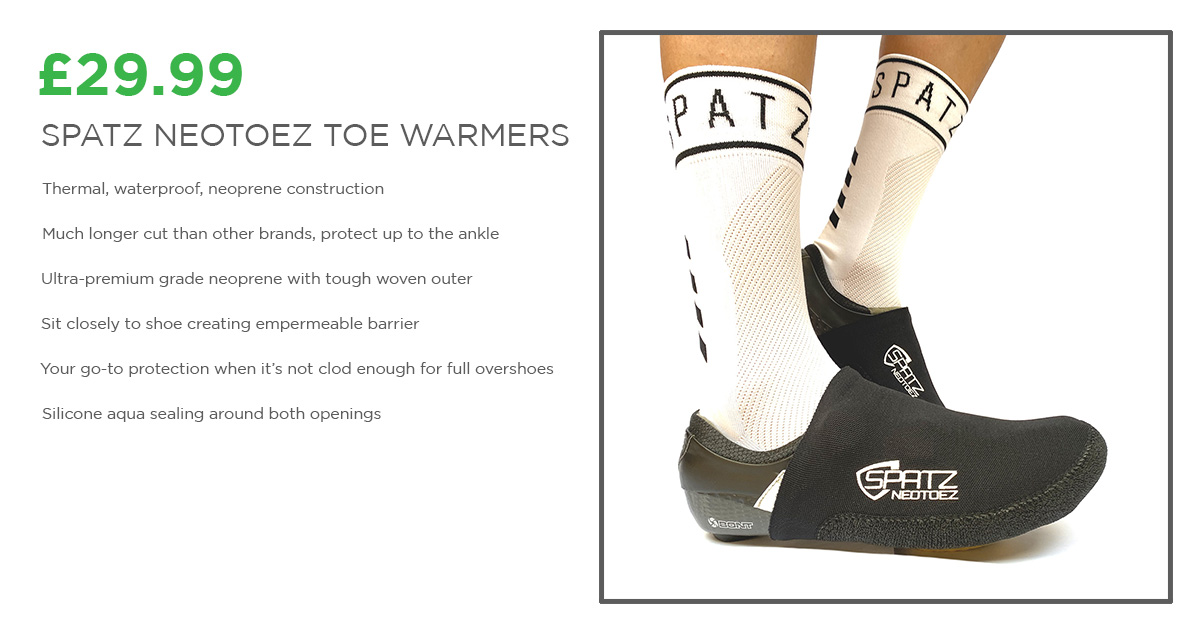 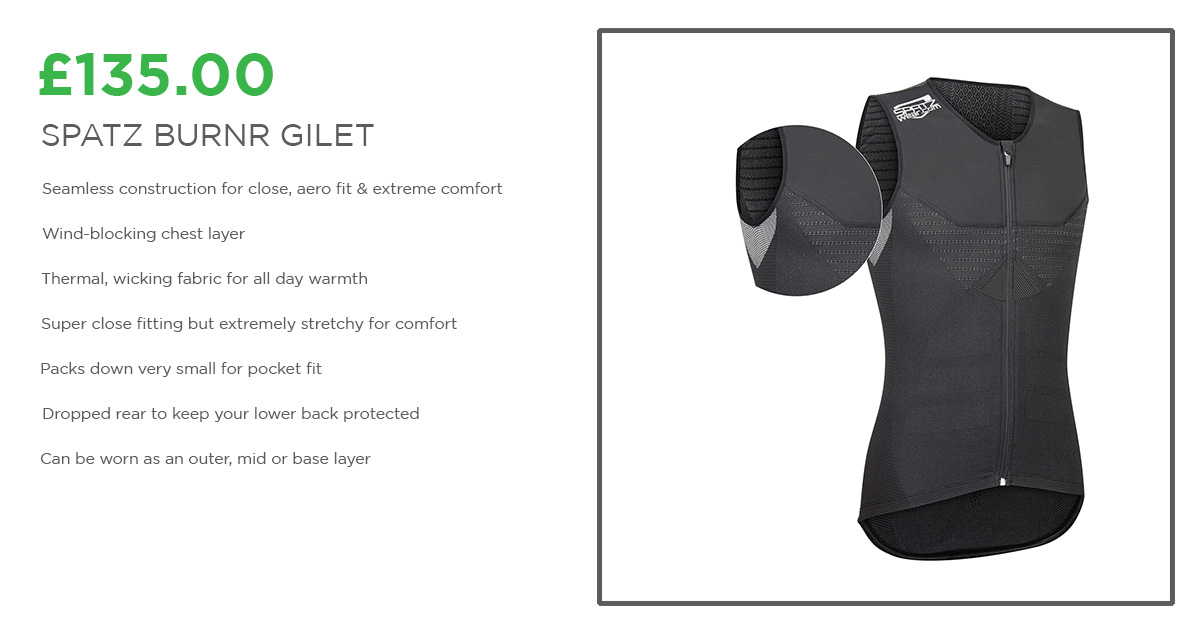 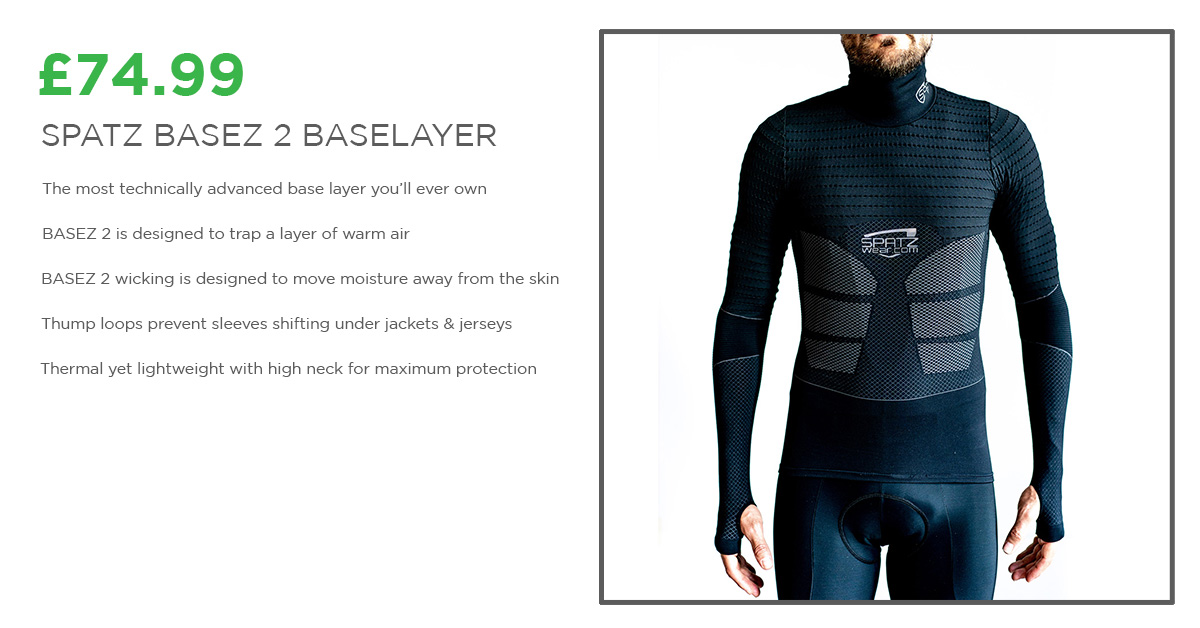 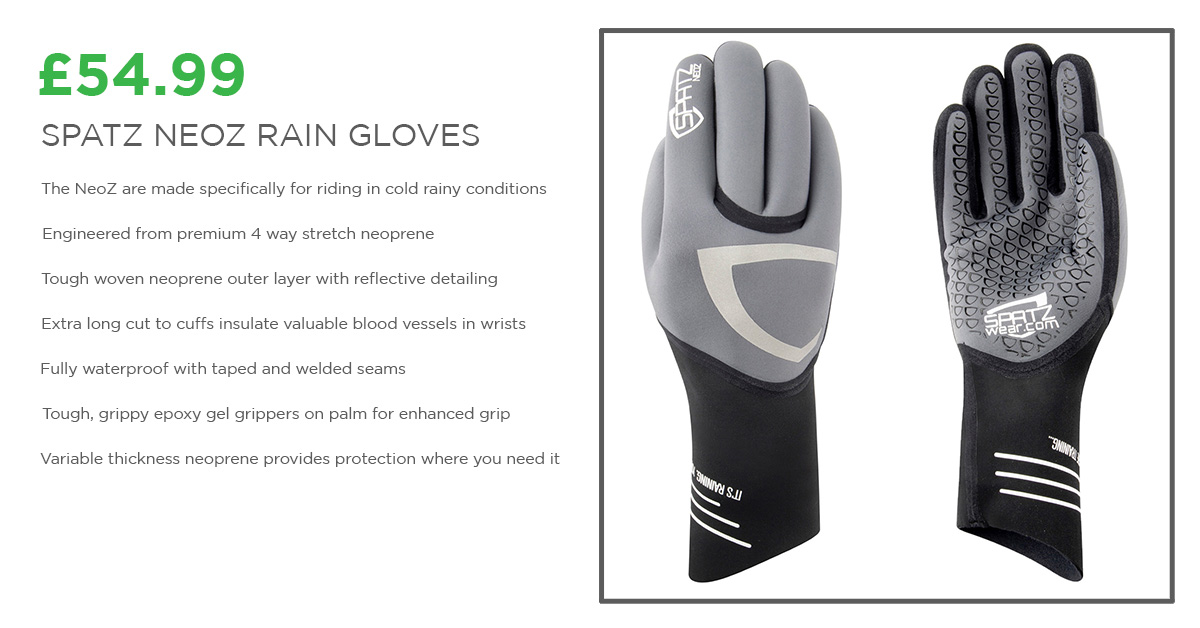 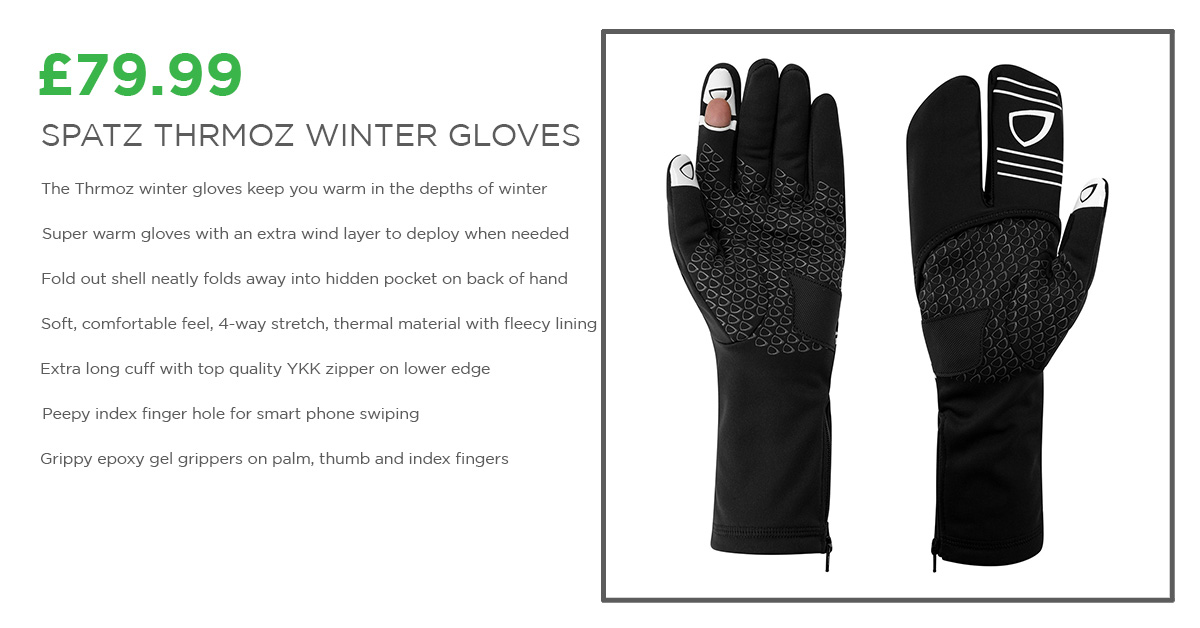