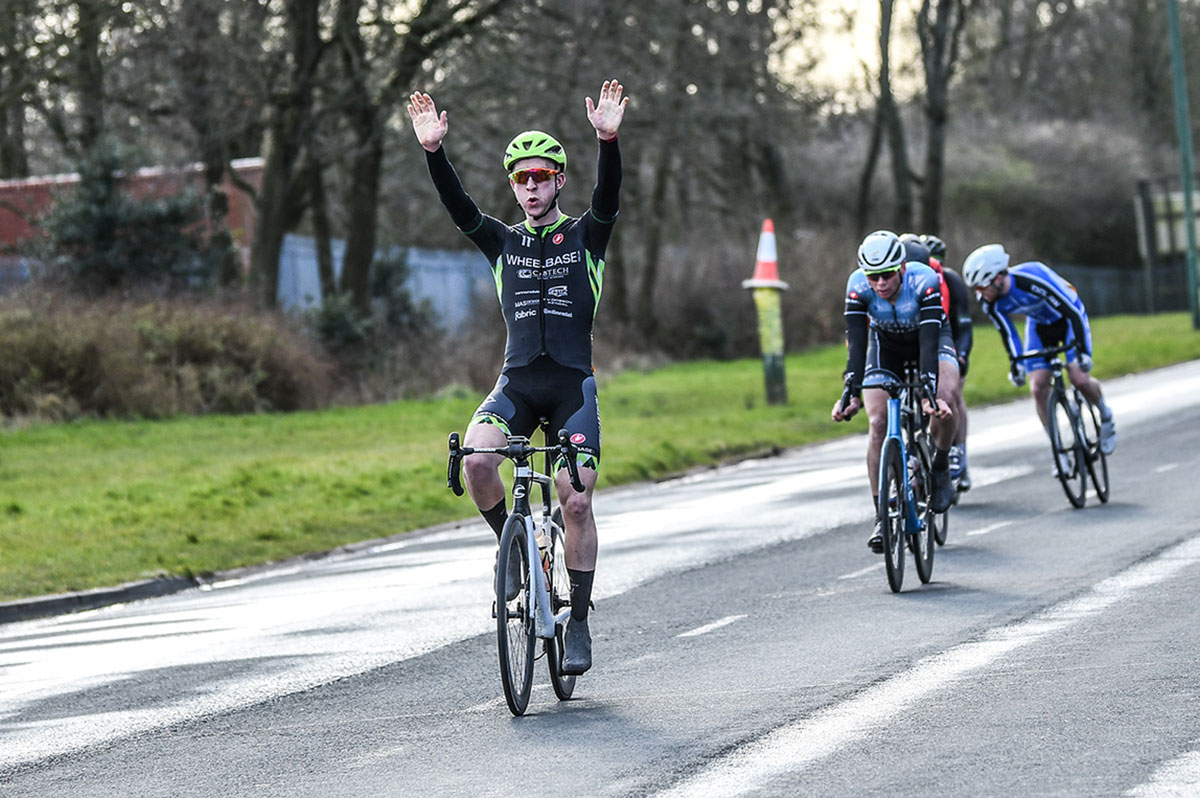 Road Racing is back and what an opening weekend we had!

The British road racing season started in earnest this past weekend and our Wheelbase Cabtech Castelli lads were at the sharp end of the action across a number of races. On Sunday Wheelbase rider Joe Reilly got his hands in the air at the SBHub Secret Training Grand Prix on the Pimbo circuit in Skelmersdale. Joe was followed closely over the line by another of our riders, with Ben Granger crossing in 5th place.

The results at Pimbo on Sunday were made even more impressive given how the two riders fared in separate races the day before. At Lancaster’s Salt Ayre circuit Ben made the early break alongside 3 other riders and with 45km remaining put in a blistering attack which saw him solo to victory, holding a gap of around 15 seconds to the line. Joe was in action at the 59th Eddie Soens Memorial race in Liverpool where, among a high quality field, he finished in 5th place. Both riders gave their reflections on an extremely successful opening weekend. Chapeau lads. 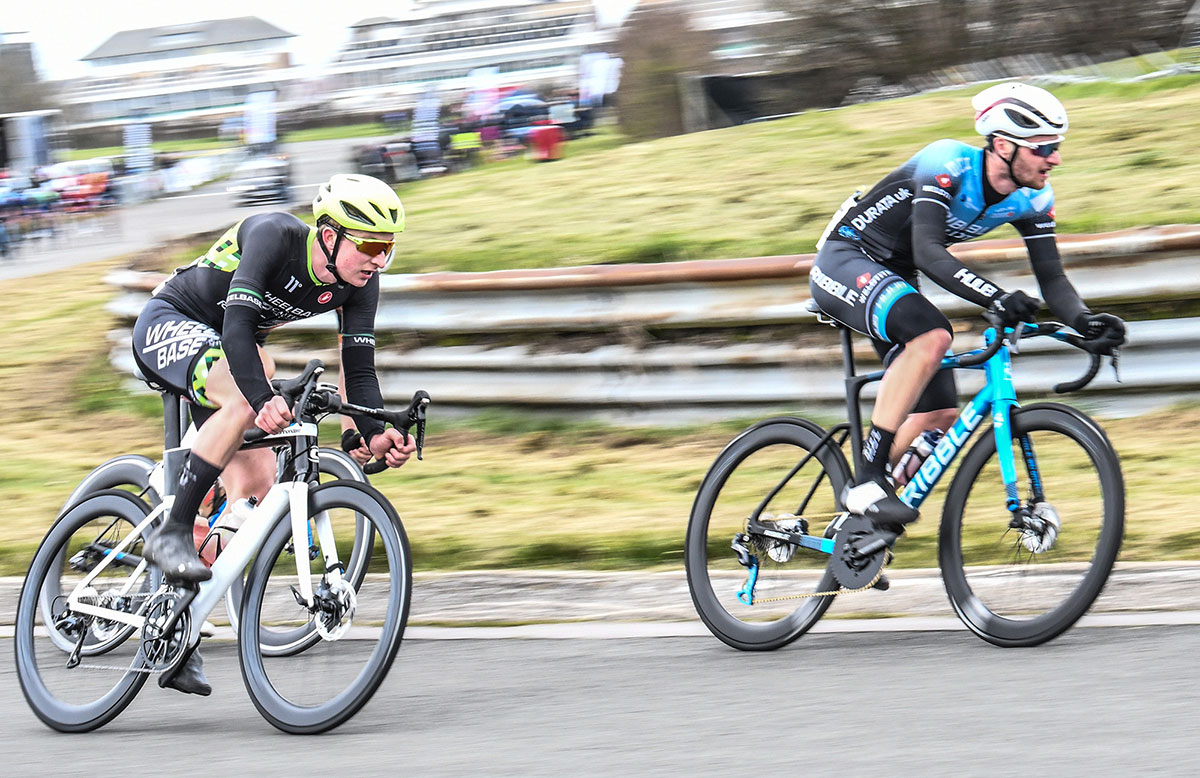 Joe Reilly:
“Eddie Soens: the first few laps of of Eddie Soens the 15 riders in the Scratch group completed a hard chain gang to close the two and a half minutes to the front groups. Through attrition, attacks and some very pesky crosswinds I made it to the lead breakaway of 7 with 3 Ribble riders. Cat and mouse resumed on the last lap and the bunch were hot on our heals, catching us on the last corner. I was on the shoulder of a Ribble lead-out man as he swung left, forcing me to go out wide and loosing ground to the front leaving me chasing in the sprint but securing 5th.

Pimbo: A fast start made for some great racing and myself and Ben were in the main breakaway of 13 riders. 100km of chaingang and some freezing rain showers were found ourselves in the final few laps, with Ben constantly attacking it gave me to opportunity to sit back, saving my own energy but also managing to disrupt the chase to give him the best chance possible.
It all came together in the last lap It was on for a sprint, with a long straight the finish I knew it would entice people to go early and so used them as leadout men and managed to secure the win.” 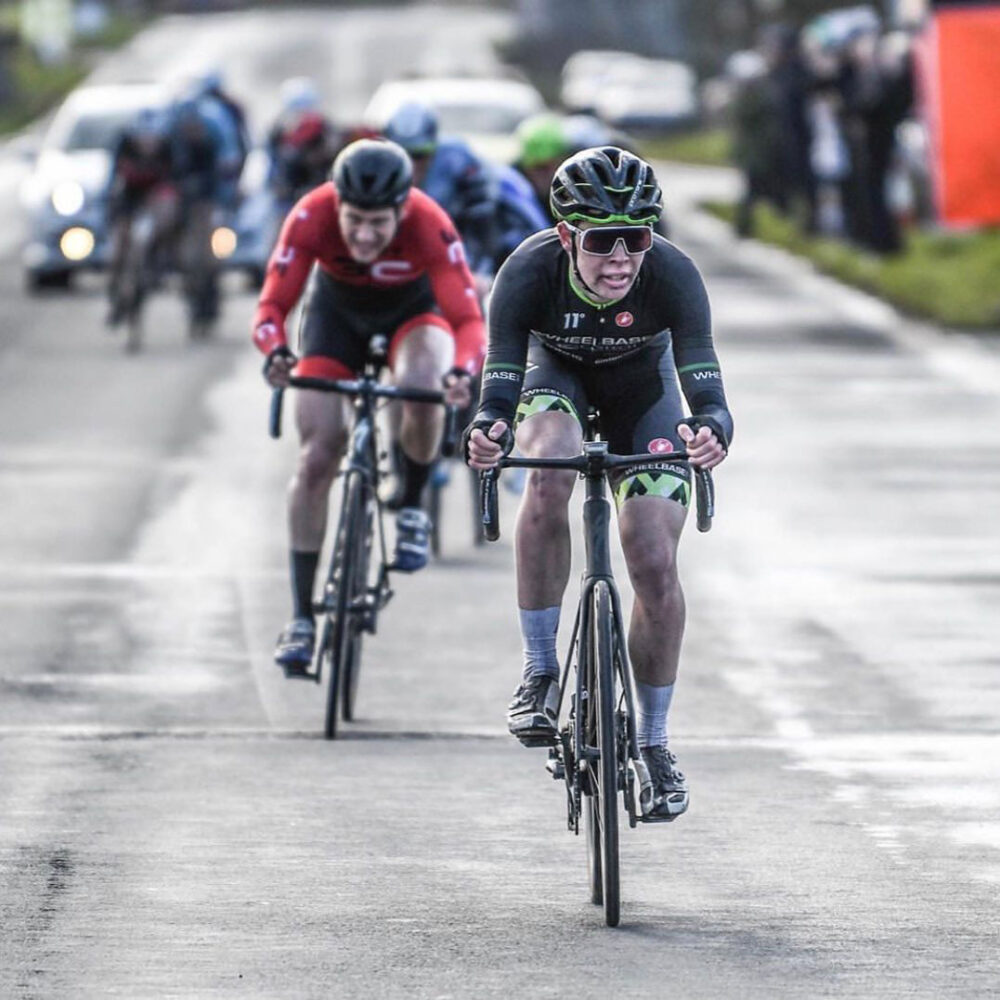 Ben Granger:
“At Salt Ayre on Saturday I got in the first move of the race on lap 2, which looked very strong with me and 3 other riders. I didn’t fancy taking these 3 riders to the line so attacked 45km out and solo’d to the finish holding an uncomfortably small gap of 15 seconds to the 3 chasers all the way to the line.

At Pimbo on Sunday, I saw the main break go early which I realised I needed to be in, so did a big effort to quickly bridge across with one other rider, to form the 14 man break including me and Joe. We rode smoothly for 100km and lapped the remains of the bunch before the attacks started. I was fairly aggressive trying to get away late on and covering most of the moves which caused the break to split into two 7’s, with me and Joe both making the front split. Joe comfortably won the sprint to take the win, and I rolled in 5th. A pretty perfect start to the season!”