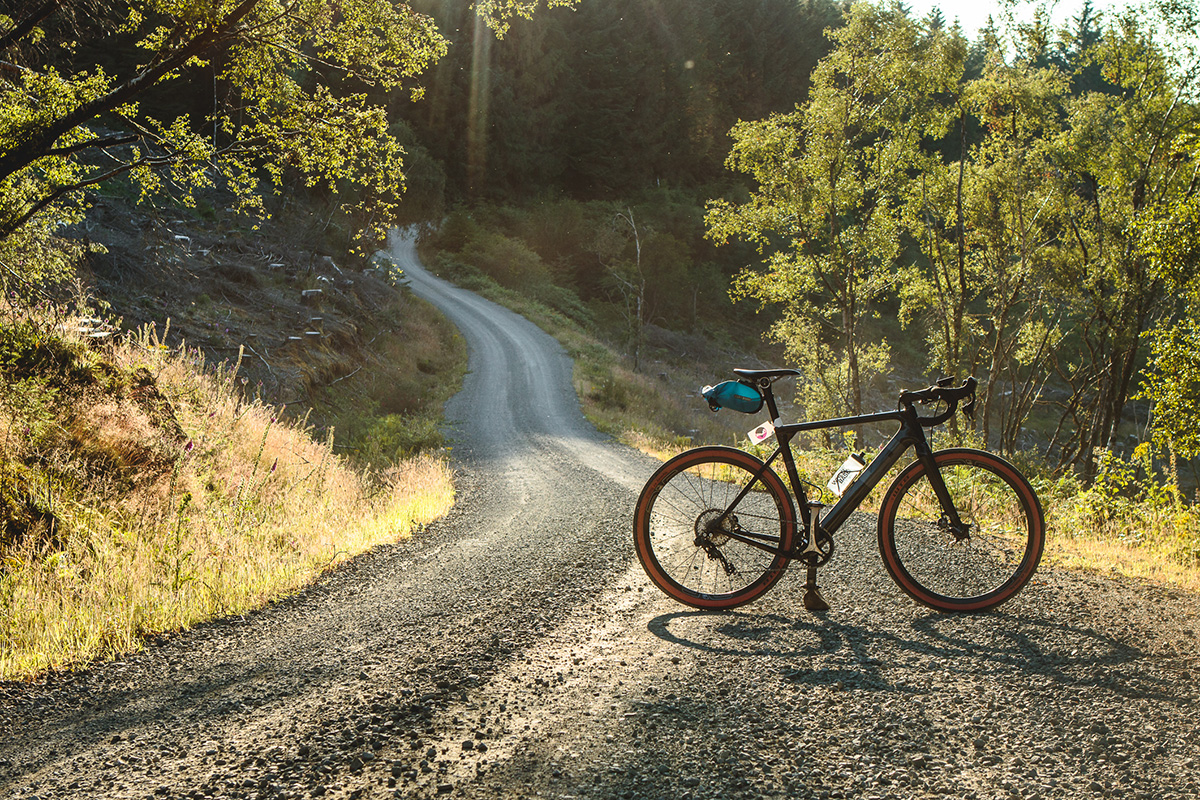 Our team photographer and all round top bloke Dan Monaghan of www.cadenceimages.co.uk took a seriously pimped out 3T Exploro gravel bike to the Isle of Arran for Grinduro 2018. Here’s his write up of the event and his thoughts on the bike.

GRAAAAAAVEL…
First off, it’s important that I give you some background to me and my capabilities….

* I’m not the lightest rider, I’d like to be but I like pizza and beer too much.

* I’ve ridden quite a few bikes, my original love of 2 wheels started on a mountain bike, then moved to 23mm tyres.

* I love riding; I ride as much as possible on anything I can. I’ve done Time Trialling, raced CX, ride with a club, done long rides but lately I’ve developed a love of all things adventure and gravel. I still ride tar and will race CX when the mud comes but for now, adventure is where it’s at!

So when my friends at Wheelbase and Saddleback very kindly allowed me to look after the 3T Exploro for the 2018 Grinduro I couldn’t help but smile. This is more bike than I’ve ever had the luxury of mounting, the wheels alone surpass any of the previous steeds I’ve ridden. Hopefully this gives me the ability to give you an honest insight into how the bike did over the 80km, Isle of Arran Grinduro adventure and also how I did (heads up, it ends in cramp)! 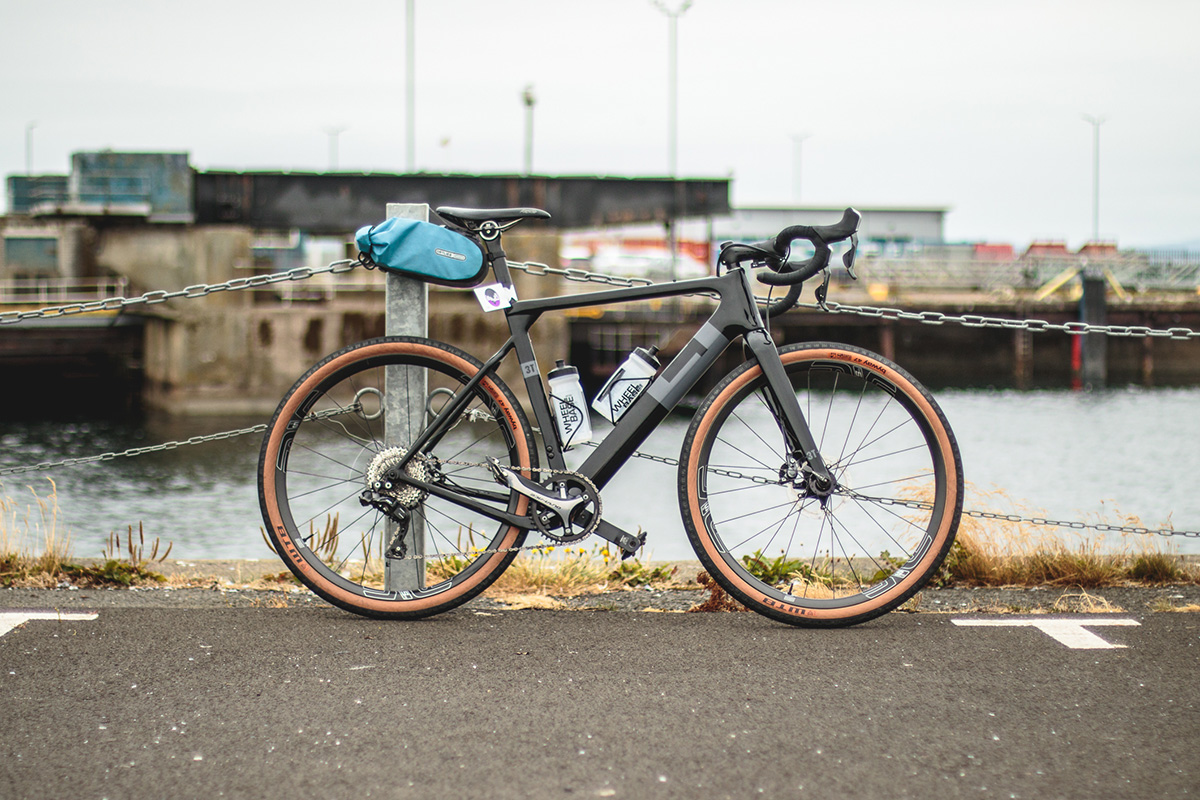 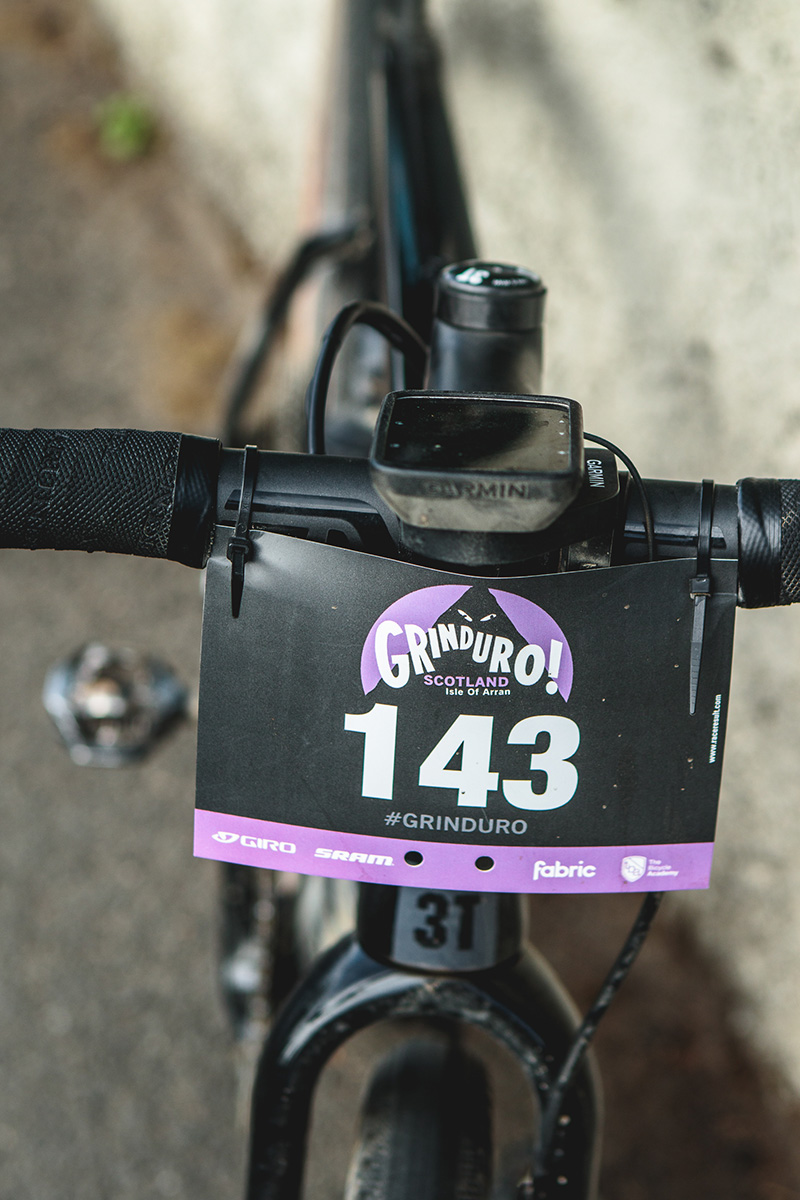 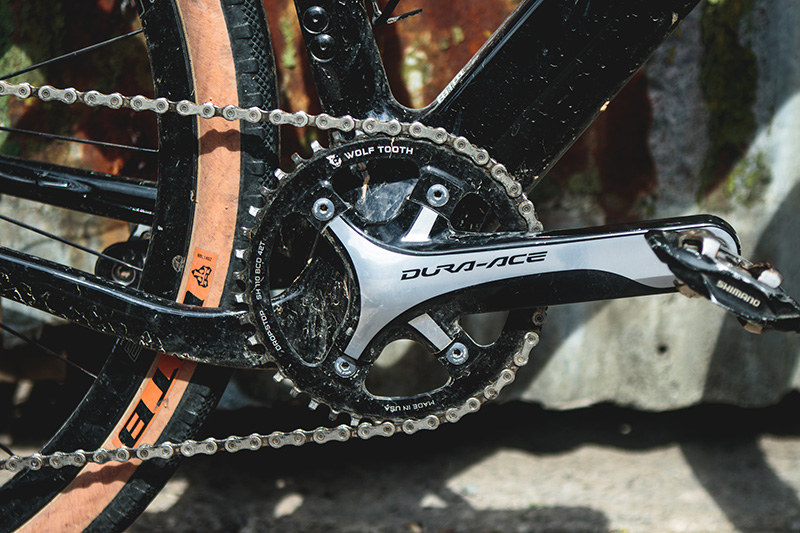 I think at this point it’s worth making my excuses – I was carrying some camera gear in order to capture the event as it played out, also being a cycling photographer, whilst fantastic doesn’t afford time to ride as much as I’d like, so fitness is just ok…. onto the bike.

I took the bike out for a spin on Friday when I arrived, around 14 km, just to test the set up and make sure I was comfy. The main adjustment being the seat post (I ride slightly lower than tarmac). To access the seat adjustment you need a long allen key which unlocks on the down frame, slightly awkwardly, but manageable. My first impression was ‘woah….. I better take it easy’…. from the moment you first get on the bike it wants to go, it wants input, it wants pushing. I don’t mind fast bikes that keep you on your toes, in fact it’s often fun and this bike was a hell of a lot of fun. From the acceleration to steering and its responsiveness to the unbelievable braking it was a a feedback sensory overload… in a good way.

My first dab of the brakes found me skidding like a 12 year old on his first mountain bike. It wasn’t deliberate but it felt good. Filled with confidence in the Exploro’s stopping power meant I could focus on handling and getting the most out of the bike. This bike wants you to push it, to ride harder, faster, more technical and when you do its rewarding. The bike never feels soft or flexible whereby you feel like your losing anything to the ground.

During the event there where 4 timed sections, Fireroad of fury (2.5km descent)…Lung buster (2.8km climb)….lunch roll (5.5km rolling)….final fling (3.2km singletrack descent)…. alongside the 14 km of timed stages and the other 66 km of route I was able to test the 3T on lots of terrain. Whether going up, down, singletrack, rooty, gravel, tarmac the Exploro really excelled. I found myself on the drops many times cruising at 40+mph easily.

The combination of frame and components made this a really special bike, one I wanted to spend more time with, to see just how far it and me could be pushed. The Exploro LTD would make a fantastic trail bike, gravel grinder, adventure rig, cross bike. If you can test one out do so, but bear in mind you may find yourself disappearing off into the gravelly sunset never to be seen again!

ALMOST FORGOT…
How did I do I hear you cry (murmur?)…. Well I rolled in and out of the first feed (Free Gin and Ice Cream) with a massive smile on my face….lunch break, smile was bigger…. post lunch (apart from the looooong climb) massive smile…… rolling towards the finish, no smile, cramp face…… not to worry, 15 minutes spent ‘stretching’ (read rolling on the floor like a lunatic) and a 2 km roll to the finish = smile from ear to ear…..WOW….. what an event…… Sooooooooo good. Organisation, course, weather, company = AMAZING…. where can i sign up for 2019?? 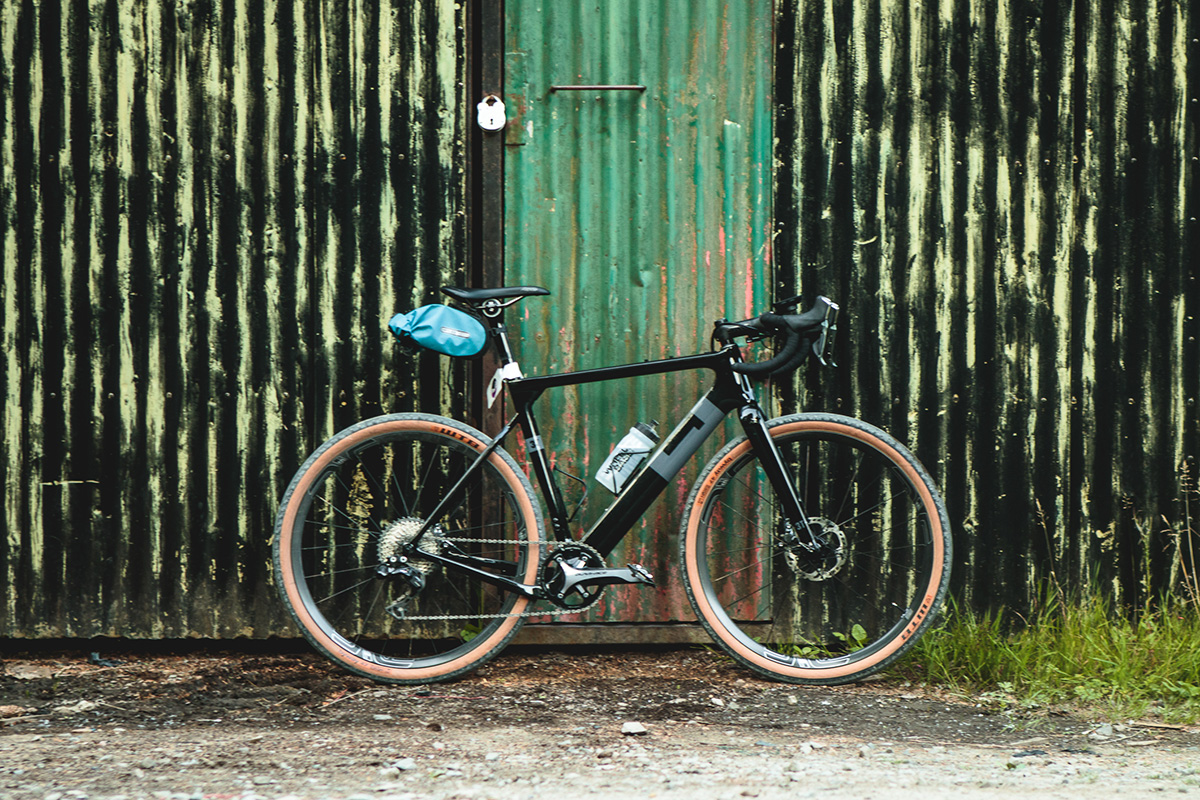 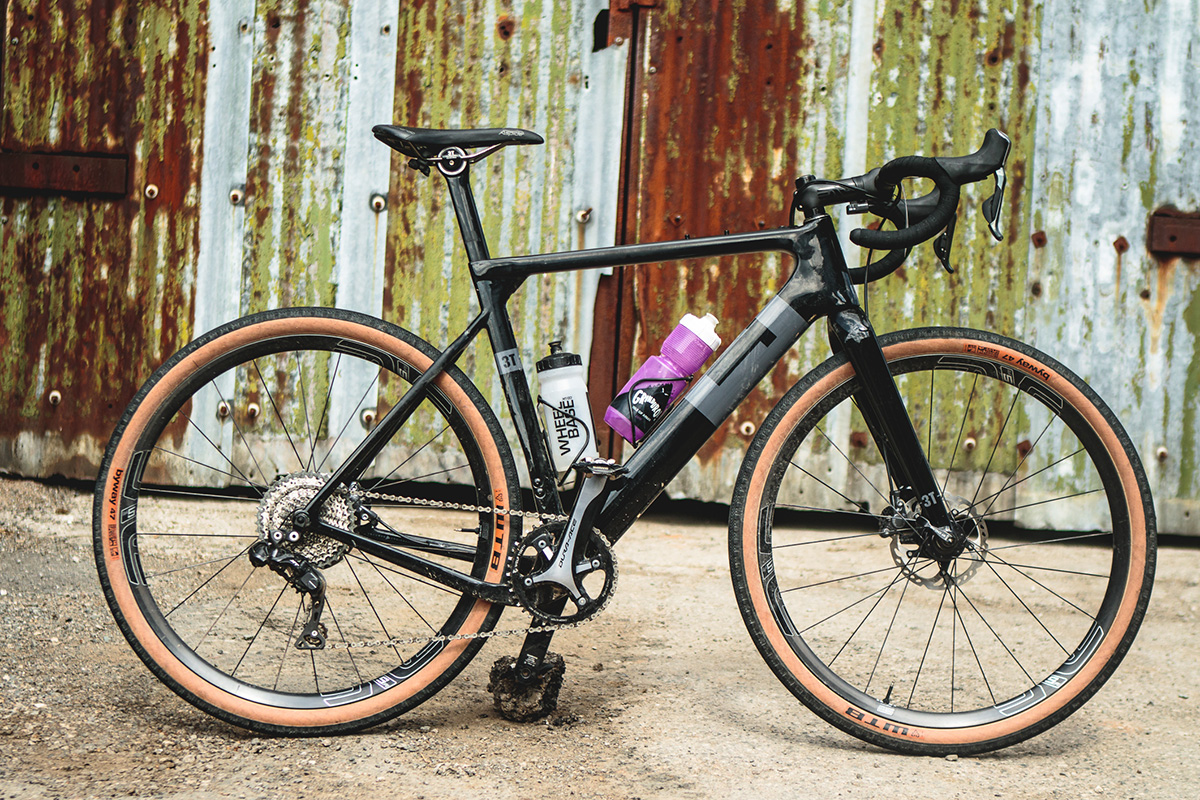 Words and images from Dan Monaghan. The 3T Exploro is available to view in store and order online.