While the British UCI teams honed their form for the upcoming Tour of Britain, the Bourne Classic was one of the last races of the season for our Wheelbase Cabtech Castelli riders and a chance to post a strong result.

Rider report from our U23 rider Tom Martin from Cumbria:

‘On Sunday we headed south for 175km of racing at the Bourne Classic run in association with Bourne cycling, this was the first time the event has taken place.  The race used some of the roads used in the well known Cicle Classic, a race described as the UK’s Paris-Roubaix.

The race had a very strong start last with most of the big British teams having riders in it, some using this as their final preparation for the Tour or Britain.

We had a strong 7 man squad ourselves with:

The race was on from the gun with repeated attacks from riders trying to get up the road early, the fast, twist rolling roads favours a breakaway as you are quickly out of sight. We had riders in pretty much every move, as people attacked off the front many were going out the back and with a 100 rider peloton on small lanes being at the front was key.

A group of 3 went away up the road coming into a big country estate that we went through 3 times. With cross winds, a poor road surface and an uphill drag it made for real hard racing through the grounds of the estate and many riders were dropped at this point.

One of the in-form riders being watched was Damien Clayton of Ribble, he attacked over a short climb and I went with him and a few more followed with one of them being fellow Wheelbase rider Finn Crockett. We had a good group of 10 before more joined us including Will Turner and Frazer Martin from Wheelbase, we caught the 3 riders up the road and had a minute gap on the remaining peloton but unfortunately due to the lack of cooperation in the break and Swift Pro Carbon leading the chase behind it came back together again.

As soon as it came back together more attacks went but nothing stuck. Again all of us were trying to go with the moves. I know I cooked myself a bit doing this but I didn’t want miss the move that would stay away.

The race split going through the estate for the 2nd time, about 130km into the race. A group of 10 went clear, we thankfully had Ben Granger in it. Myself, Matt Clarke and Finn Crockett were in the group behind and chased hard to get back on, we got back in contact with the group but unfortunately I cramped 20km to the finish due to dehydration… something I’ve learnt from.

I limited my losses and got to the finish off the back of the front group. We still had Matt, Ben and Finn at the front and it all kicked off going through the estate for the final time with it splintering into small groups before battling to the finish.’

Another great race from the Wheelbase Cabtech Castelli lads, holding our own and being active throughout the race. 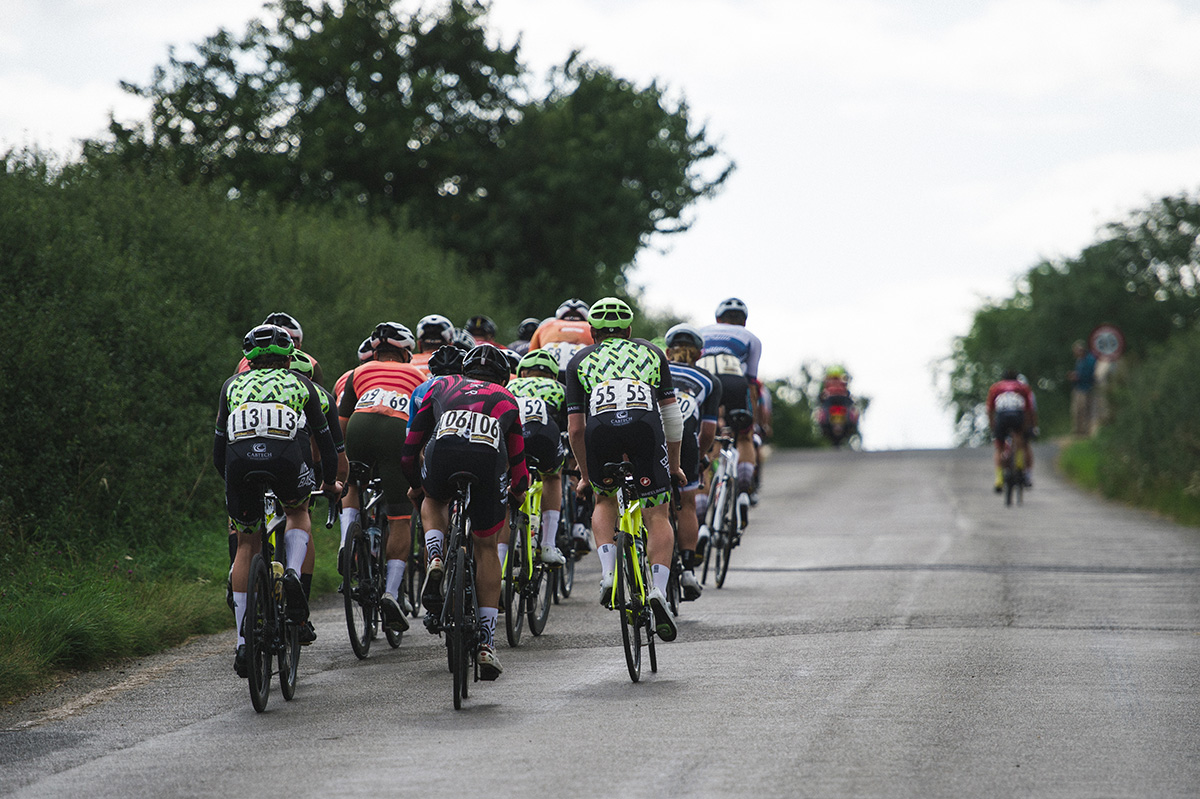