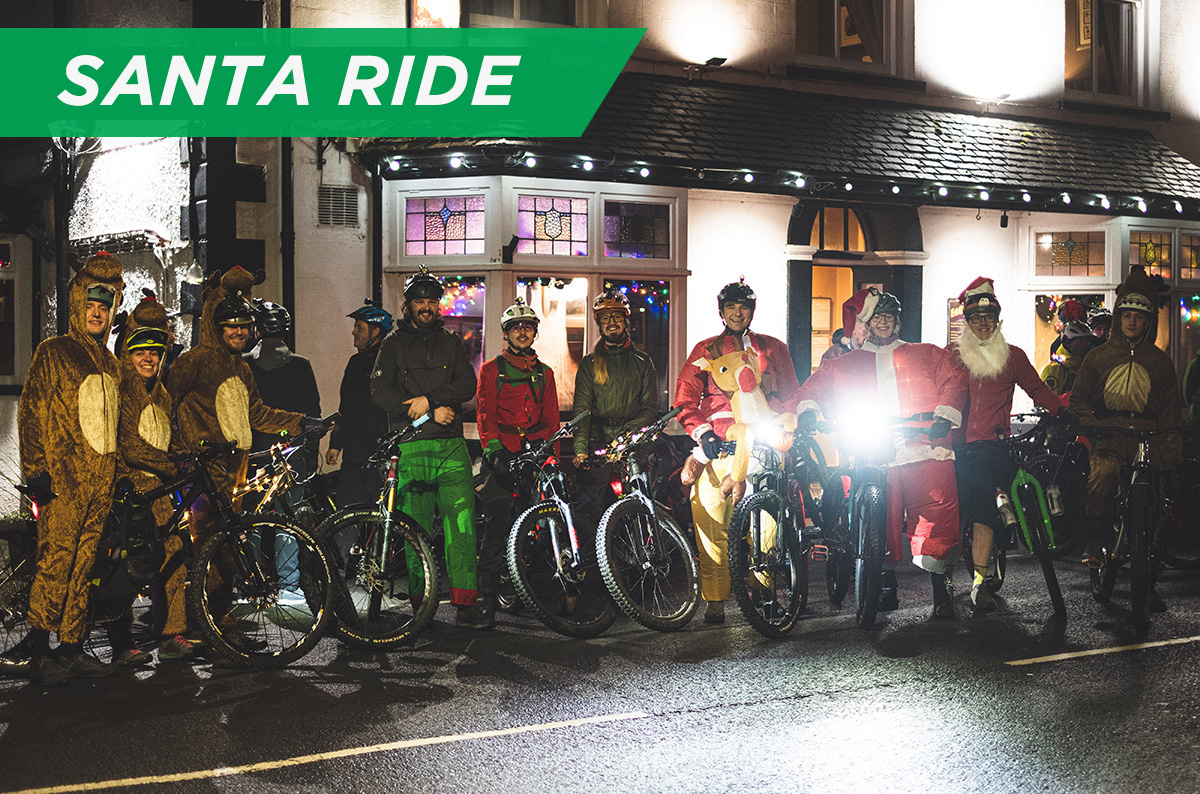 So where to start with this one, the beginning is usually a good start and not to mention it is the most wonderful ride of the year! Many will agree.

So what is the Santa ride may you ask! Well, it’s an annual charity ride from the Eagle and Child Inn situated in Staveley, a cycling friendly pub come bed and breakfast which welcomes muddy tyres, boots and paws! Serving hearty food and also local ales.

So what does the Santa ride involve I hear you ask. Well, there does seem to be a dress code and it that is made up of either a Santa costume or anything associated with Christmas, there was around 50 plus Santas and I lost count of how many reindeer were riding bikes! Talented reindeer to say the least! 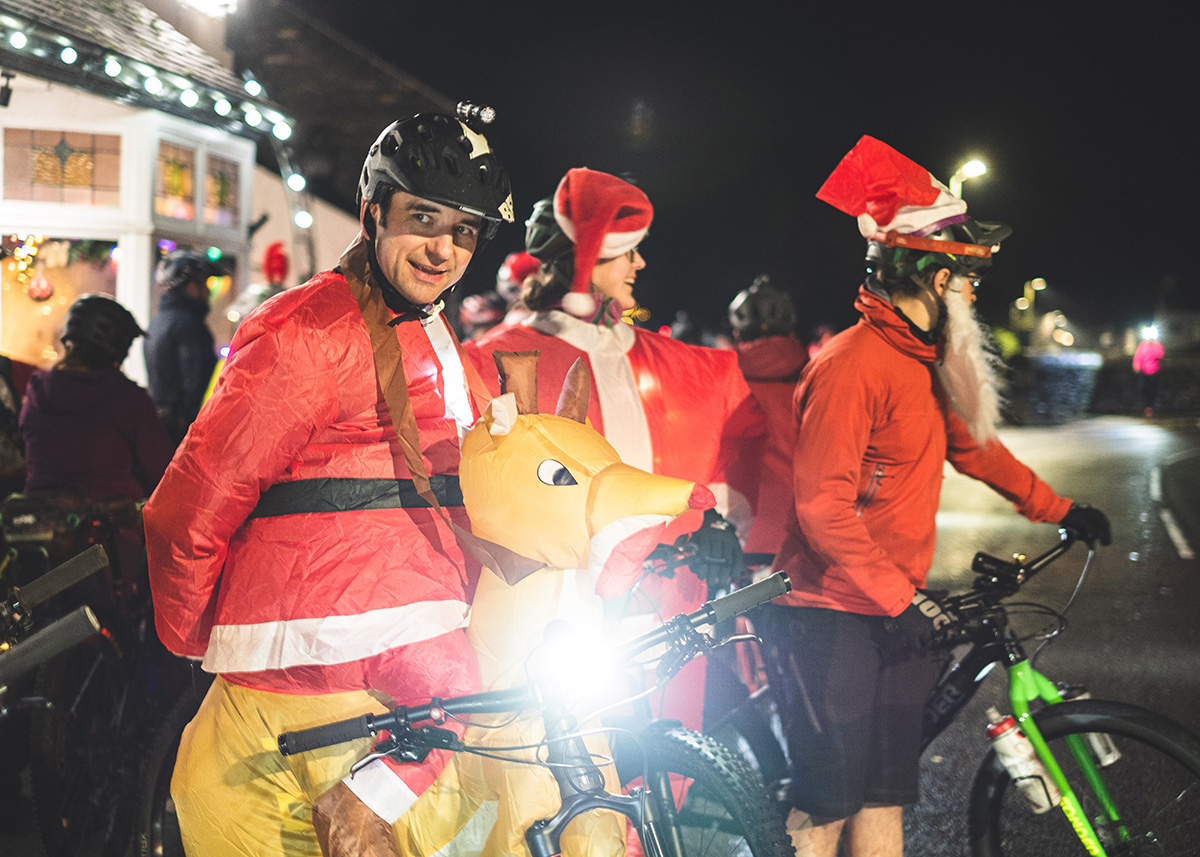 The ride starts from the eagle and child, pedalling north towards Kentmere. The weather couldn’t of been better. A cool clear night with a full moon illuminating the fells beyond. Absolutely bliss.

The ride climbs up Hall Lane, a B road that inevitably turns into a bridleway half way up. This is a steep pull and one that got santas legs well and truly warmed up by the time we reached the gate to head across part of the Fell called green quarter. Here you pass through a couple of becks, for those of you that are not familiar with the Cumbrian or northern dialect a beck is described the common term for a brook in northern areas, beck often refers, in literature, to a brook with a stony bed or following a rugged course, typical of such areas.

After slipping and sliding down the fell it was back to the road for the mile or so to Kentmere village hall for half way refreshments. I have failed to mention up till this point that this ride was for a 6:30pm start off so it was all done on the dark and everyone lit up like Christmas trees. Refuelled and ready for the second leg is was done to Kentmere Hall to the climb up the descent that all us Wheelbasers love flying down usually.

From the top it’s a smooth flowing ride to the top of our other favourite descent of another local ride of 3 rivers this ride gets its name from crossing 3 rivers, park beck, black beck and Nuttera beck.

Now, I’m usually one for keeping in the reigns but I know this descent relatively well so I thought there’s generally no alternative but to just send it and have some fun however with its being a grassy trail for the first third of the funny there was plenty of sideways action, plenty to keep you busy on the bars. The remainder is a shale track which flows super fast and is plenty of fun even in the dark!

Once the fun was over it was a short road ride back to the pub for refreshments and a well deserved pint or two! 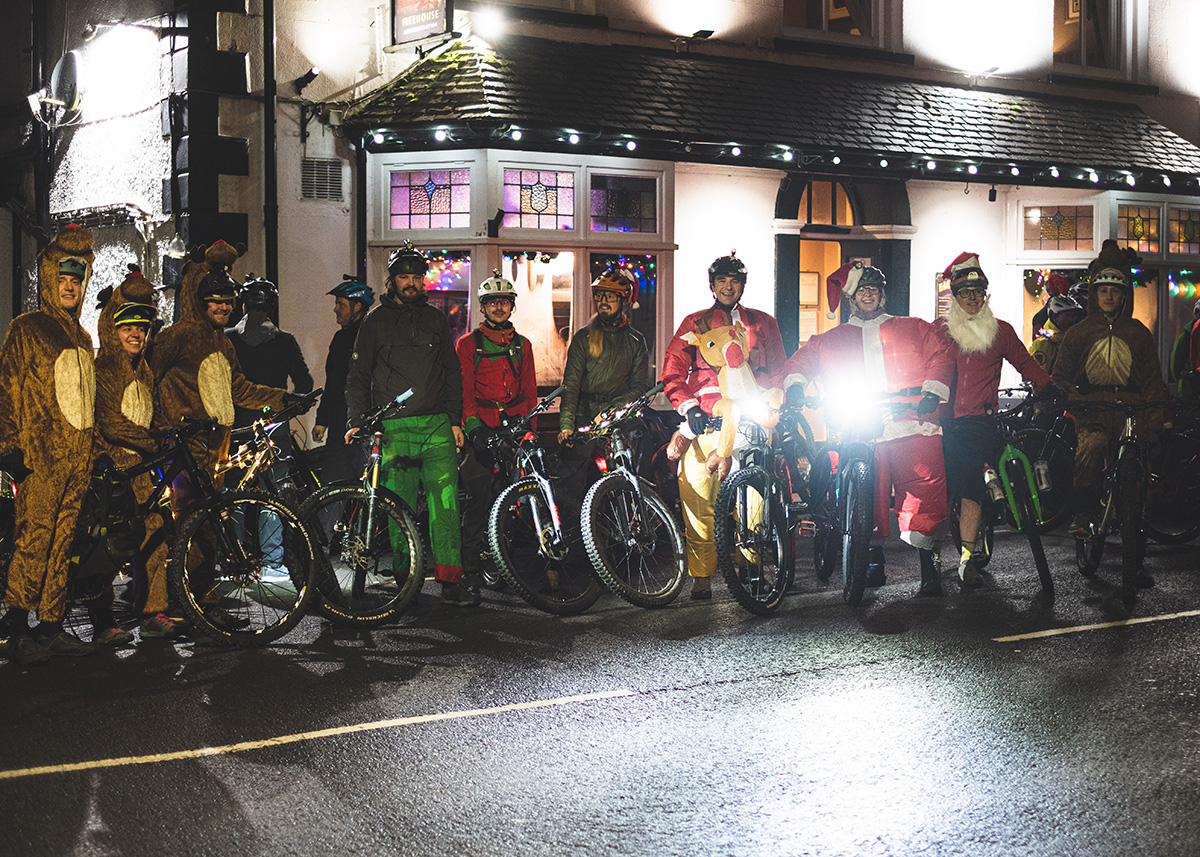