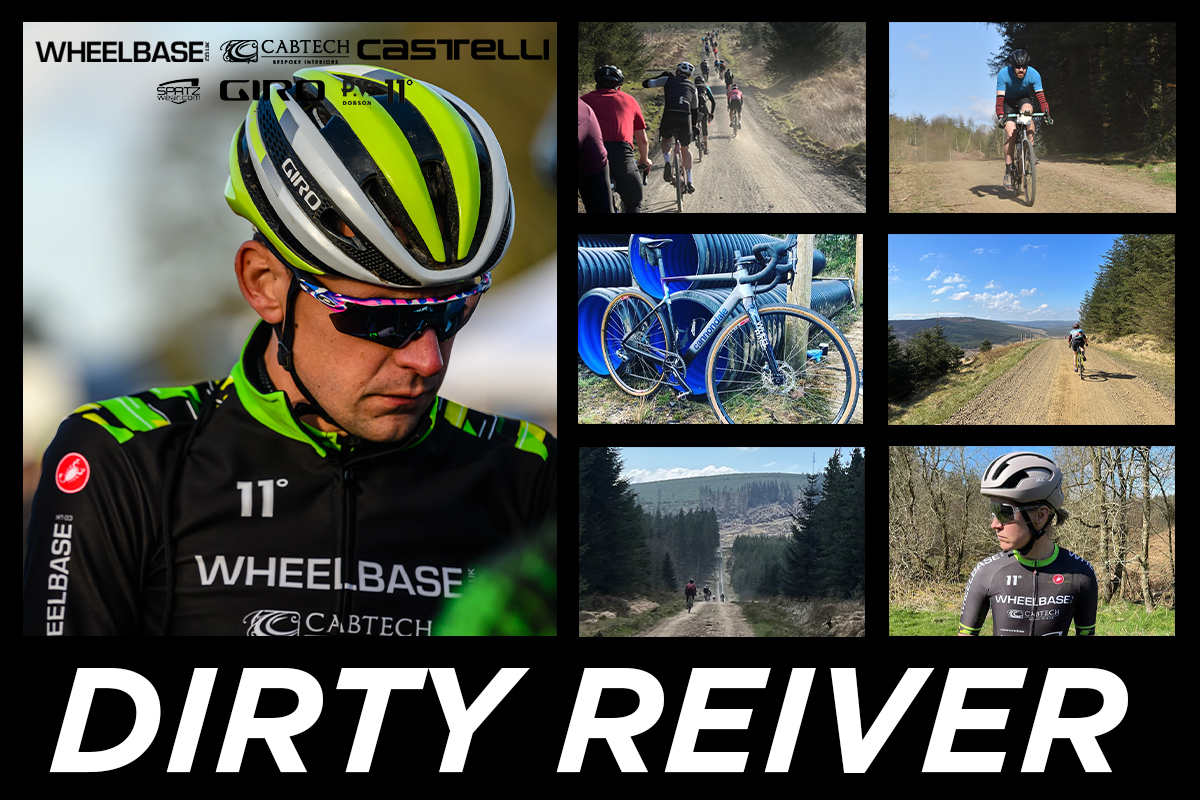 Last weekend saw the Dirty Reiver gravel race return to its rightful place on the calendar following the impact of Covid-19 over the last couple of years. The Dirty Reiver 200 (200km) is an off-road cycling challenge based on the Gravel Grinder format found predominantly in the mid-west of America where gravel racing was really born. In the last 5 years the popularity of the versatile gravel bike and associated races all over the globe have really boomed; now all of the biggest, most influential bike brands produce large and diverse ranges of gravel bikes reflecting the huge growth of this cycling discipline. Previous podium finisher Giles Drake, racing for our Wheelbase Cabtech Castelli team returned to the race with good form following a rigorous training schedule to see if he could take the win; we’ll let him pick up the story from here… 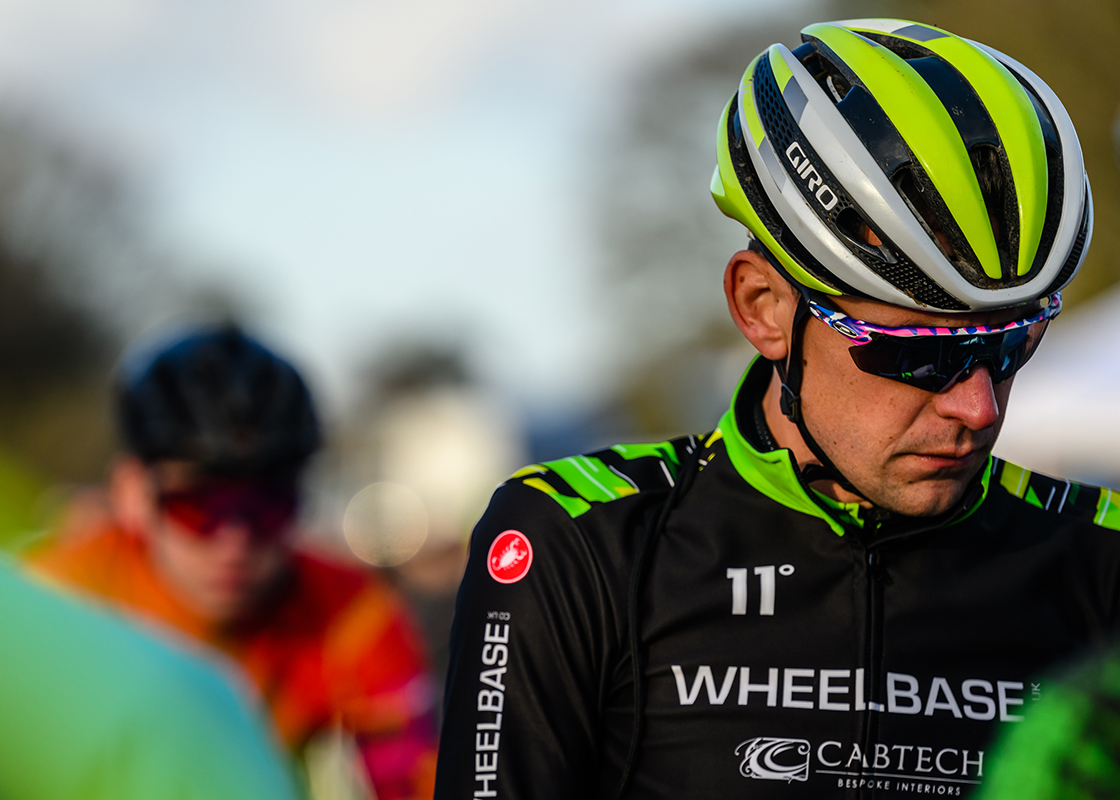 I feel the Reiver is the only gravel event in the UK that truly embraces the ideals which gravel racing was born out of and that’s not surprising when you think about the logistics of putting together a route that spans hundreds of kilometres, primarily on gravel. Enter Kielder Forest, an extremely remote forest in western Northumberland, just a couple of miles from the Scottish border. It’s hosted numerous daft events over the years including the Kielder 100 mile mountain bike race; we’ll be returning too in August for the National Marathon Champions. The Dirty Reiver is extremely popular, sells out almost instantly so you know it must be pretty epic if it’s managed to convince best part of a thousand people to line up at 7:30am for 200 brutal Kilometres of gravel racing. 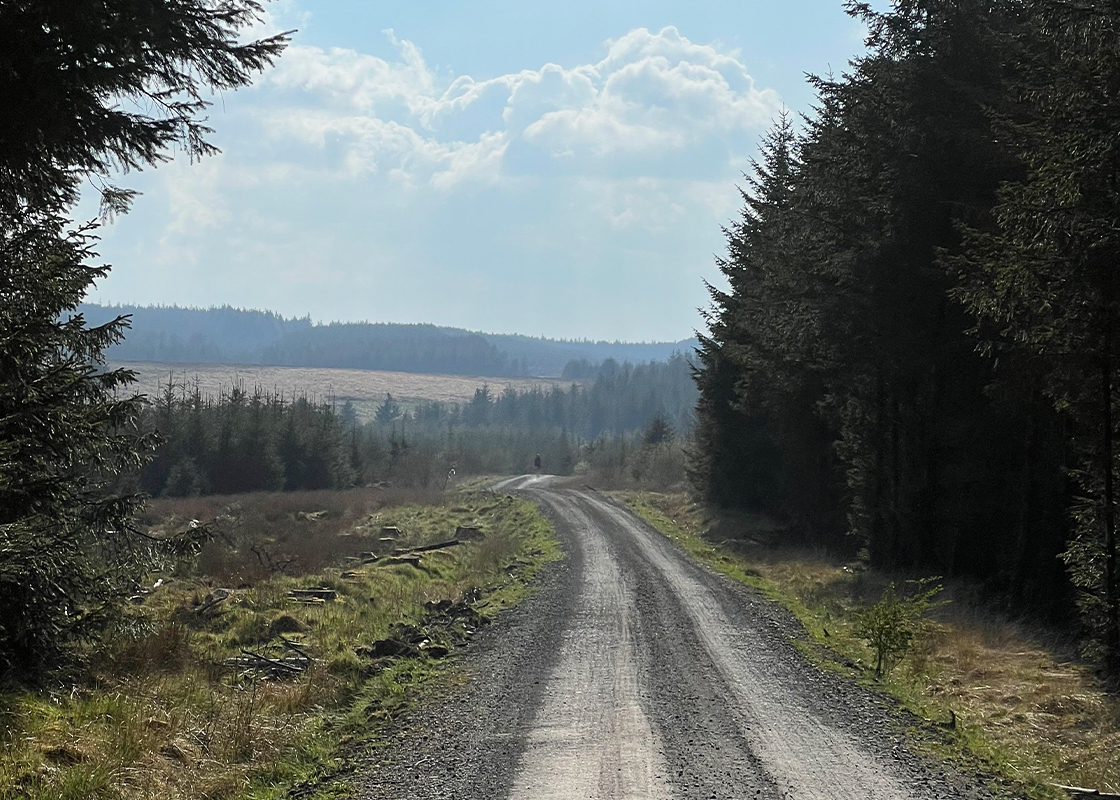 So let’s consider bike setup; the biggest concern with bike setup for a 200km course with very few bail-out points is reliability. So I went with what I know, my Cannondale SuperSix Evo CX cross bike. Following a busy National Trophy cyclocross season through the winter the SuperSix EVO CX needed a couple of modifications to meet the demands of the Reiver. The addition of a couple of bottle cages, a mountain bike cassette to give me a better gear range and some Schwalbe G-One Allround 40mm gravel-specific tyres to add some comfort were the only changes needed for this versatile bike. 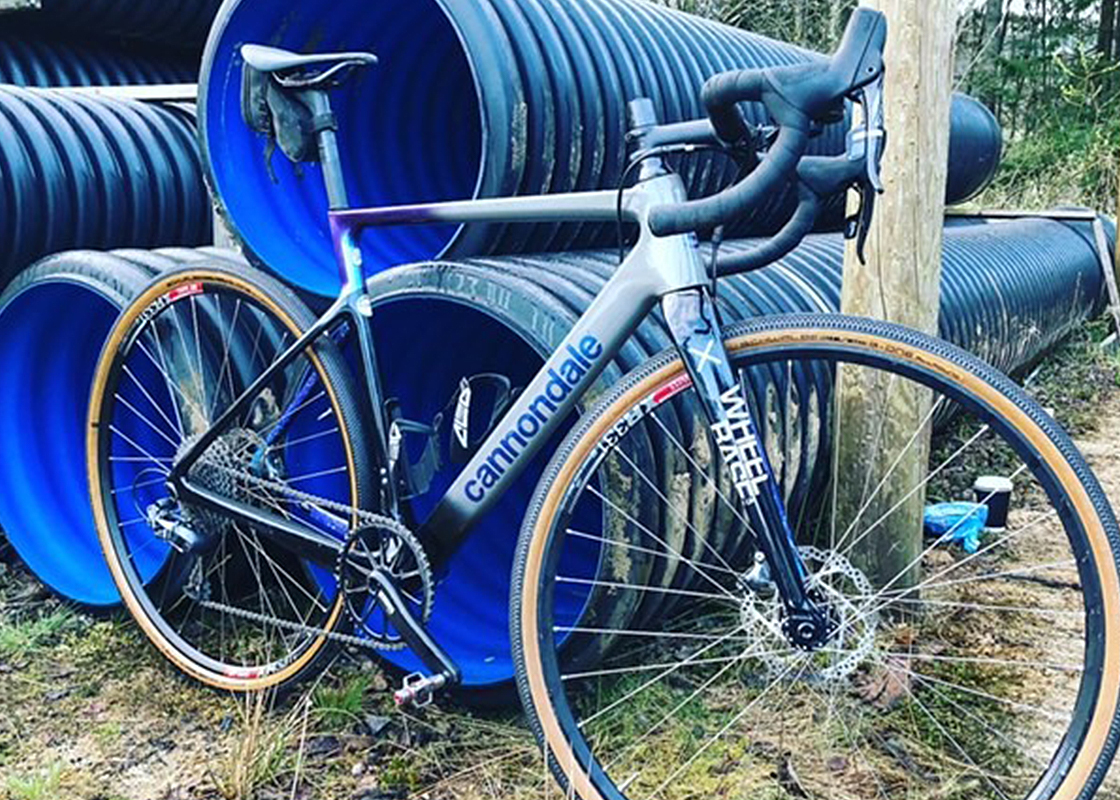 So there we were, dealing with the chilly start to an otherwise incredibly pleasant April morning. Over the years the Reiver has become more and more competitive, going from the “getting round” mentality to “how quick” and this year was no different. Naming a couple of the guys looking to be competitive this year, there was returning 2021 champion Harold Evans at the front of my mind along with Sule Kangangi who was most-definitely in the running too; he recently raced the gruelling Cape Epic mountain bike stage race in south Africa and was posting training selfies with world tour pro Lachlan Morton, reflecting his fitness levels simply by the sort of company he was keeping. 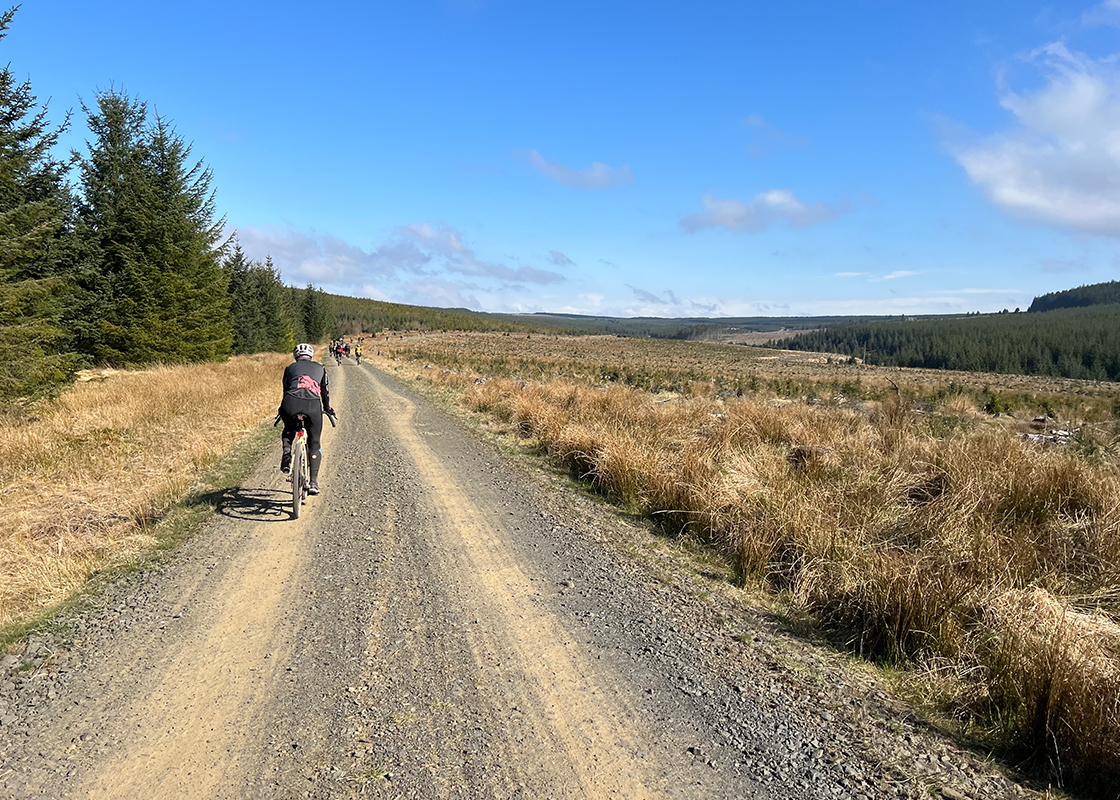 From the start of this 200km race a pretty sizeable group of around 30 riders was quickly established and with a brutal easterly headwind we all settled in, exercising caution and staying together to protect ourselves from the wind. I was happy with this informal arrangement, with others helping to share the work and using it as an opportunity to save my legs until later in the race when I would be able to finish strongly. As time went on I began to think that the group was a little too big and that there were too many free rides so at the 70km point with a lengthy climb ahead of us I made a move to thin the group out. 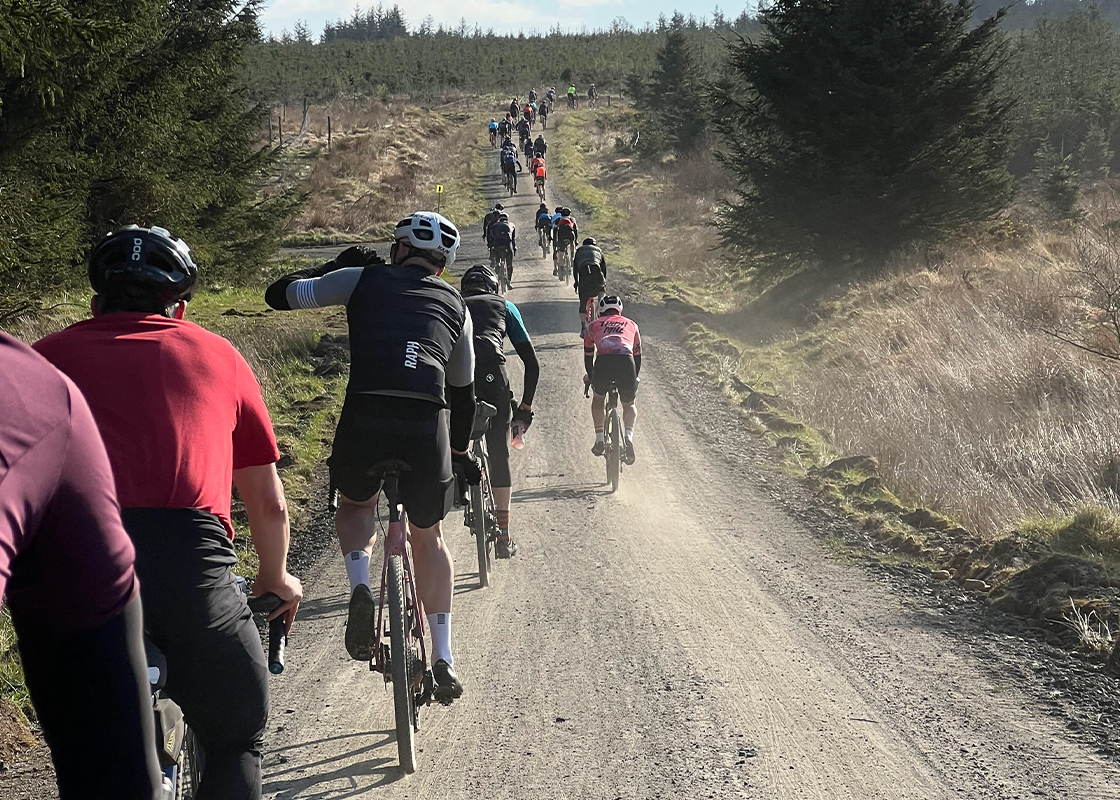 Not attacking but upping the pace, without turning round, I could sense that I’d distanced everyone, so I carried on pushing. Towards the top of the climb I turned around, surprised to see the group in pieces and Harold & Sule trying to bridge across to me. I wasn’t overly happy with the idea of 130km in a “breakaway” but Harold saw it as the opportunity he was looking for and as he reached me, he was all about riding to consolidate his position. So I went with the flow and the three of us set about building our lead over the chasing group. 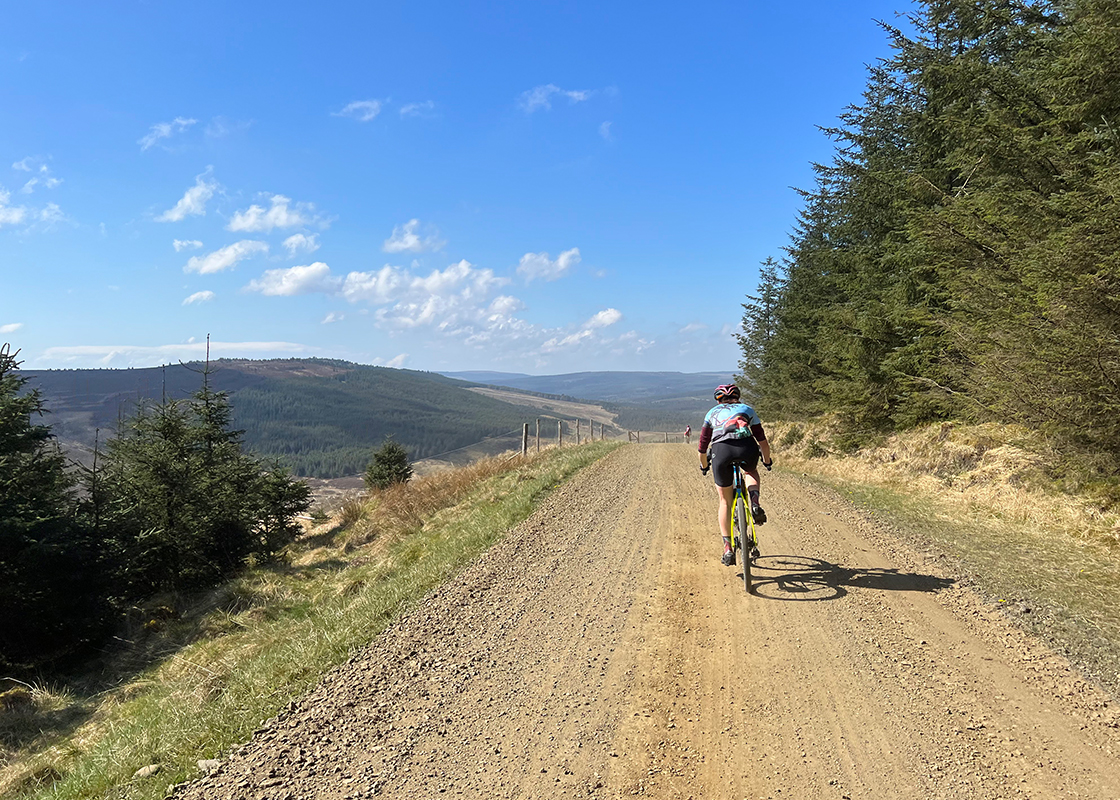 We worked well together, trading turns and ticking off the kilometres until the 140km point where we all appeared strong and content with the situation as it was. In such a small group you can always tell when people are suffering and for the next 30km we all had visibly bad moments, mine coming closer to the 170km point and this was the point Harold correctly identified as his time to attack us. When Harold took off Sule made no attempt to follow and I couldn’t do anything either; Harold was out of sight almost instantly! Sule & I attempted to ride Harold back but I think we both realised we were now running on fumes. 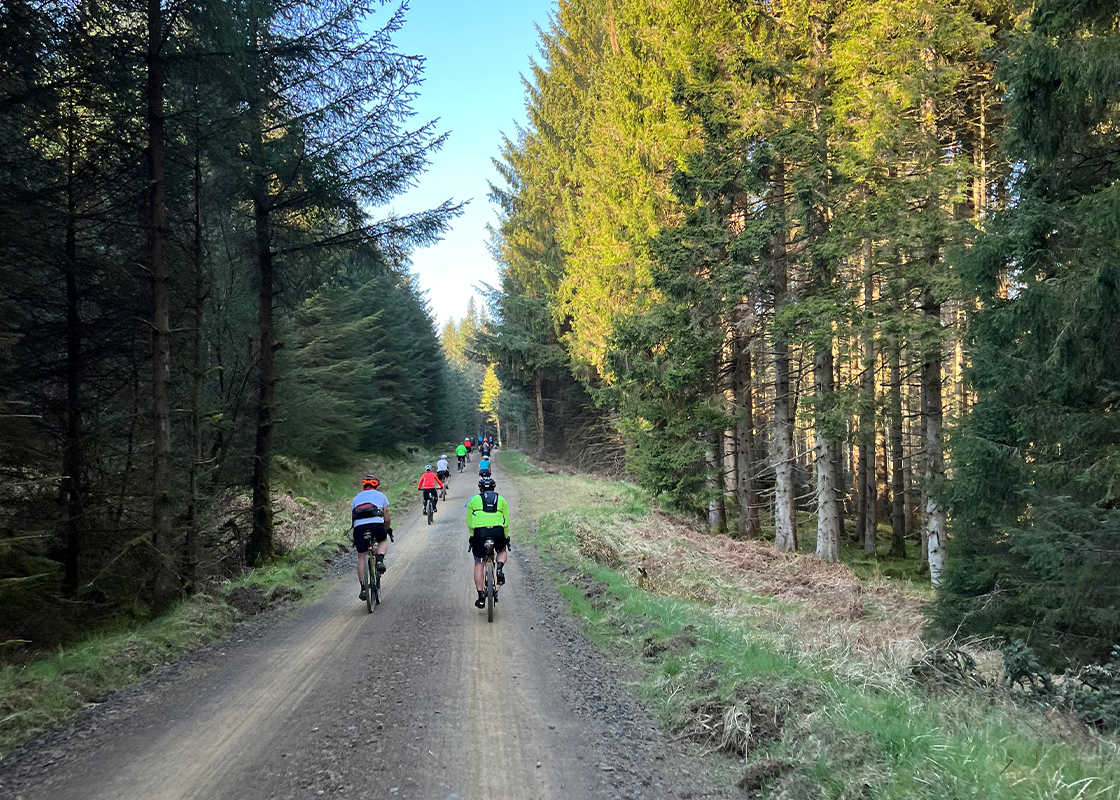 Another 5 or 10km ticked by, another climb and I could sense Sule was struggling so I kept the pace high to the top. A quick glance behind confirmed it was now just me; I didn’t really have any realistic ideas of being able to catch up to Harold so I just focused on riding at a consistent pace. Crossing the Dam was a welcome point as I knew I was the home stretch. Ahead of me lay the last 20km consisting of 5km of climbing, 5km of down & a final 10km amble along the reservoir paths and I’d be done. If I’m being honest it’s been a while since I was as relieved as I was on Saturday to cross the finish line! Clocking a time of 6 hours, 49 minutes, completely empty, full of energy gels & carb drink and on the verge of throwing up I’d taken second place at this uniquely demanding gravel race.

2nd place was bittersweet; so close again but I’d missed out on the win. I will make my excuses… I had a cold all week which stopped me preparing exactly as I’d like to and something was very wrong with my nutritional strategy… but on the whole, I was really happy with my ride. For 5.5 hours I was strong and in a happy place, confident I had the beating of all around me! Ultimately it didn’t work out this year but I’ll be back next year… 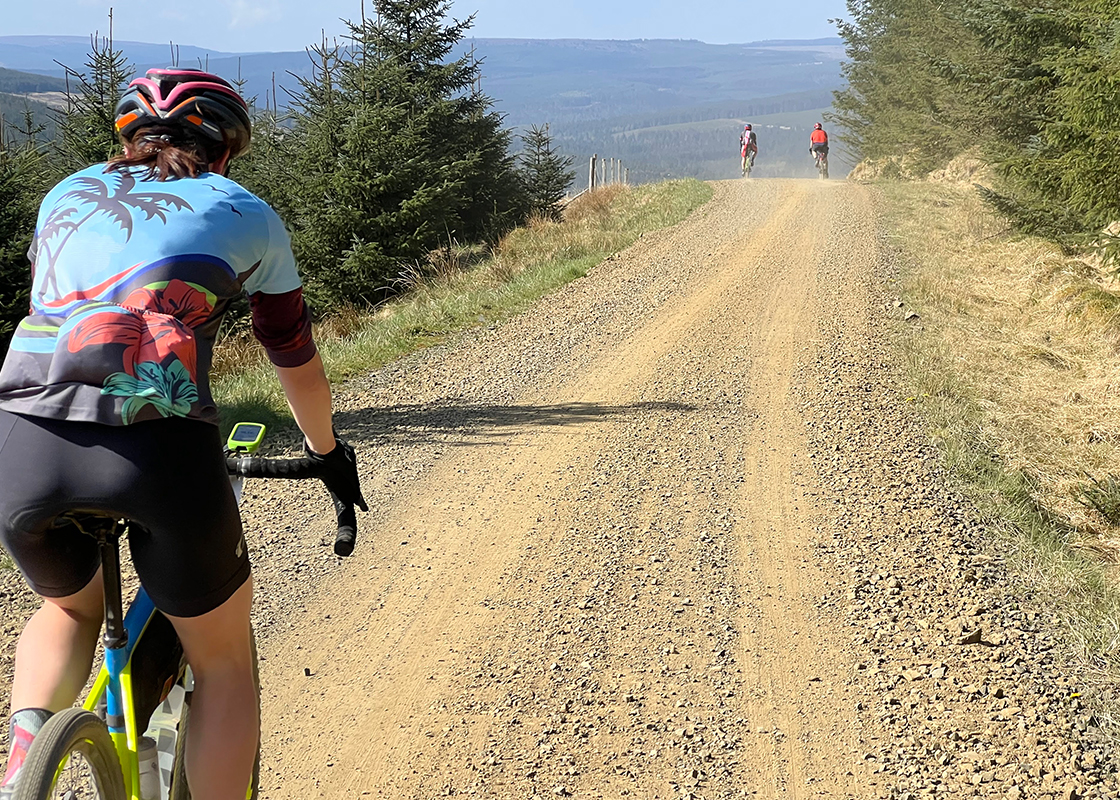 …Thanks Giles! And congratulations on a fantastic result at the UK’s premier gravel race, placing an amazing 2nd overall in a time of 6 hours, 49 minutes. Elsewhere our super-versatile racer Lucy Bell who is usually happy to line up for any kind of off-road adventure struggled with a rare bad day; deciding to cut her ride short Lucy changed tack and completed the shorter 65km option. She eventually placed 67th overall with a time of 3 hours, 22 minutes and was 2nd in the women’s 30-39 age group category.

A small number of staff from Wheelbase head office were competing too and in the lead up to the race there was plenty of posturing and banter as certain members of the group sized each other up. There was some panicked buying of new equipment in an effort to ensure that all marginal gains would be achieved and this ‘race within a race’ between staff kept the conversation in the office firmly focused on the Dirty Reiver in the run up to the event. Ultimately Ollie would take the ‘win’ with an impressive time of 8 hours and 50 minutes placing him 93rd overall and 17th in the 20-29 age category. Charlie did well too, finishing in 9 hours and 21 minutes for 149th place overall and 28th in the 20-29 age category; an appeal from Ollie to the race organisers to penalise Charlie by at least an hour for his terrible striped arm warmers unfortunately went unheard. Our Wheelbase in-house gravel guru Adam finished in 10 hours and 51 minutes placing 333rd overall and 82nd in the 30-39 age category; a veteran of the Dirty Reiver Adam approached this addition with a relaxed attitude and stopped plenty of times to snap some great pics – thanks for loan of them for this report Adam! 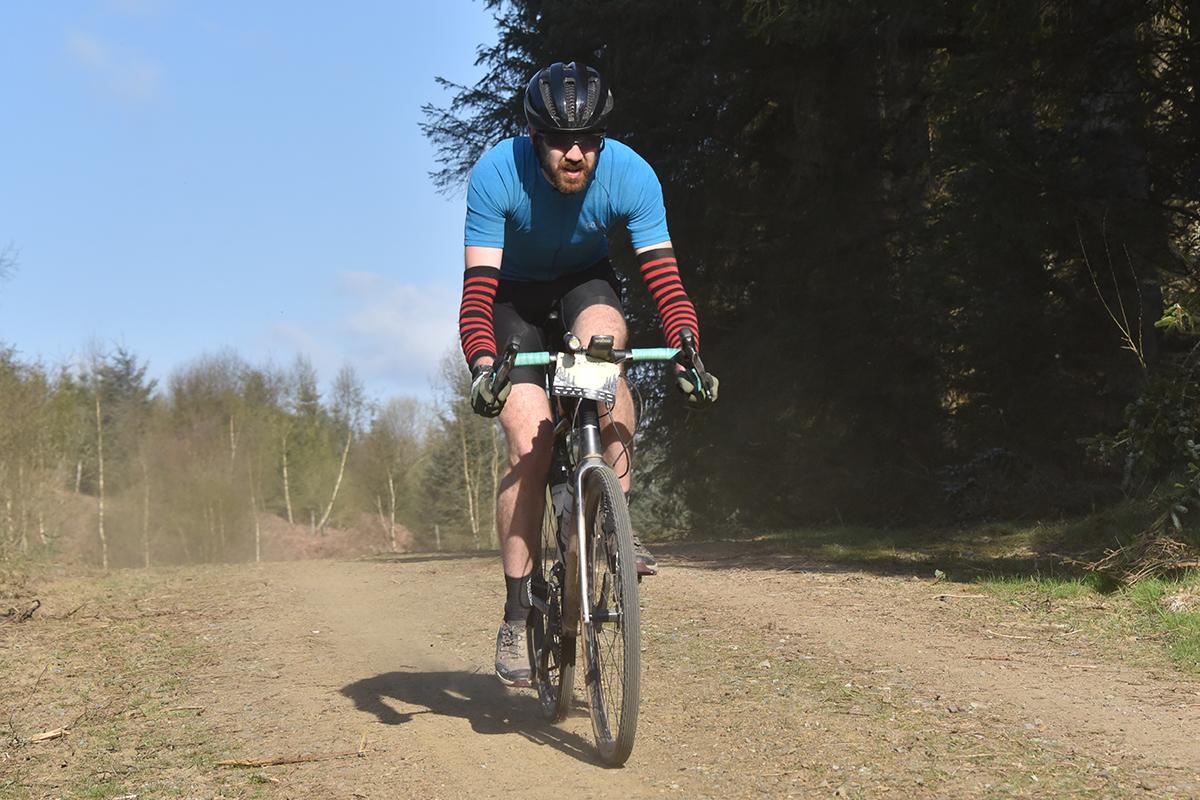 Giles Drake used his versatile Cannondale SuperSix EVO CX team to take on the Dirty Reiver this year. After a successful season of racing cyclocross on the bike a small amount of changes to the spec for this event proved that Cannondale’s specialist race bike is ready for the most challenging gravel races too. 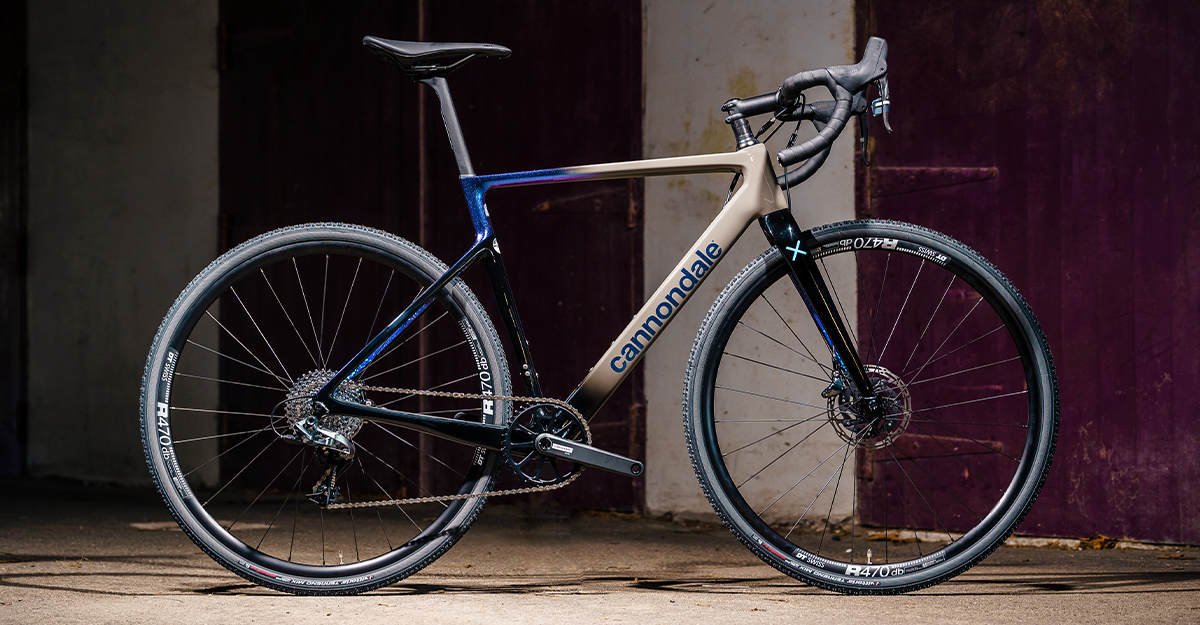 Read our full review of the bike HERE.