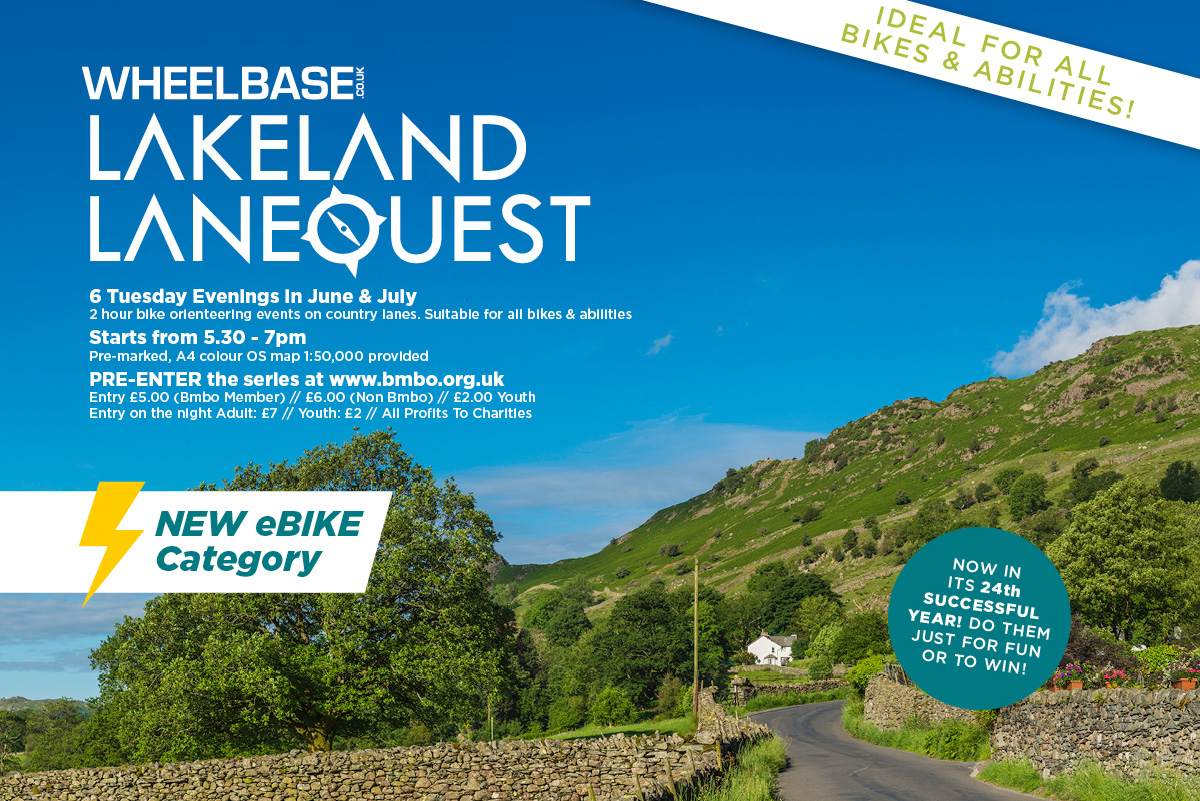 Over 90 riders tackled an extremely demanding and hilly course around Staveley on Tuesday evening for the final event in the Lakeland Lanequest Road Bike Orienteering Series, which has seen over 320 entrants across all 6 events this year.

Centred around the Wheelbase Cycle Store in the Mill Yard Staveley, competitors were treated a to post-event slice of Winners Cake cut by 2019 Solo Champions Helen Jackson and Tom Gibbs at the annual awards ceremony with prizes being presented by David Wilkinson, Performance Team Manager at sponsors Wheelbase.

The event itself, according to planner Phil Morgan, was a challenging route of nearly 33 miles and over 2000 metres of climbing for the leading riders attempting to visit all 30 control points. The severity of the route meant that scores were lower than in previous Lanequest events this year- even Gibbs failed to clear the course but still managed a creditable 290 points, his excuse being tired legs after his win in the Saunders Lakeland Marathon at the weekend.

After the disappointment of a routing glitch in a previous event, Natland’s Dave Hollingham bounced back at Staveley to score an excellent 290 points- tying for equal 1st with Gibbs in the process. This also meant Hollingham now shares second place in the series overall with Dave Heffernan, who after a strong start in the series had started to fade a little toward the end- Staveley not seeing him at his best by his own admission.

In the women’s solo class, a typically barnstorming ride from Kendal CC rider Helen Jackson saw her top the standings yet again, beating international bike orienteer Angela Brand Barker into second place, but this wasn’t enough to overtake Haverthwaite’s Jo Cleary, whose consistent riding saw her take runner up spot in the overall series behind  champion Jackson. No such luck for Cleary’s daughter Hannah however, who after a promising start suffered an early puncture putting paid to her chance of a podium finish in the series.

Leading into the final event it was  Richard Davies and Julia Richardson in the Pairs/3’s just a few points in front of   James Annan and Julia Hargreaves ,but it was the latter pair who were victorious on the night, pipping their rivals by the merest of margins to become 2019 class champions. On a one-off appearance at were local pairing of fast lads Keiran Saunders and Mark Fishwick, flying the flag for Kendal Cycling Club, who won the pairs class by some margin.

Running alongside the main event was a mini Lanequest organised by Kendal Charity Wheels for All, who use adapted bikes to offer cycling opportunities to people with additional needs. Riders Rebecca Hughes and Chris Woolf completed the course within the 2-hour time limit, winning their class in the process.

Next year, 2020, sees the 25th anniversary of Lakeland Lanequests, the event attracting over 7000 cyclists down the years as well as raising over £35,000 for local charities.

Results from the night:

For further information on events, and results 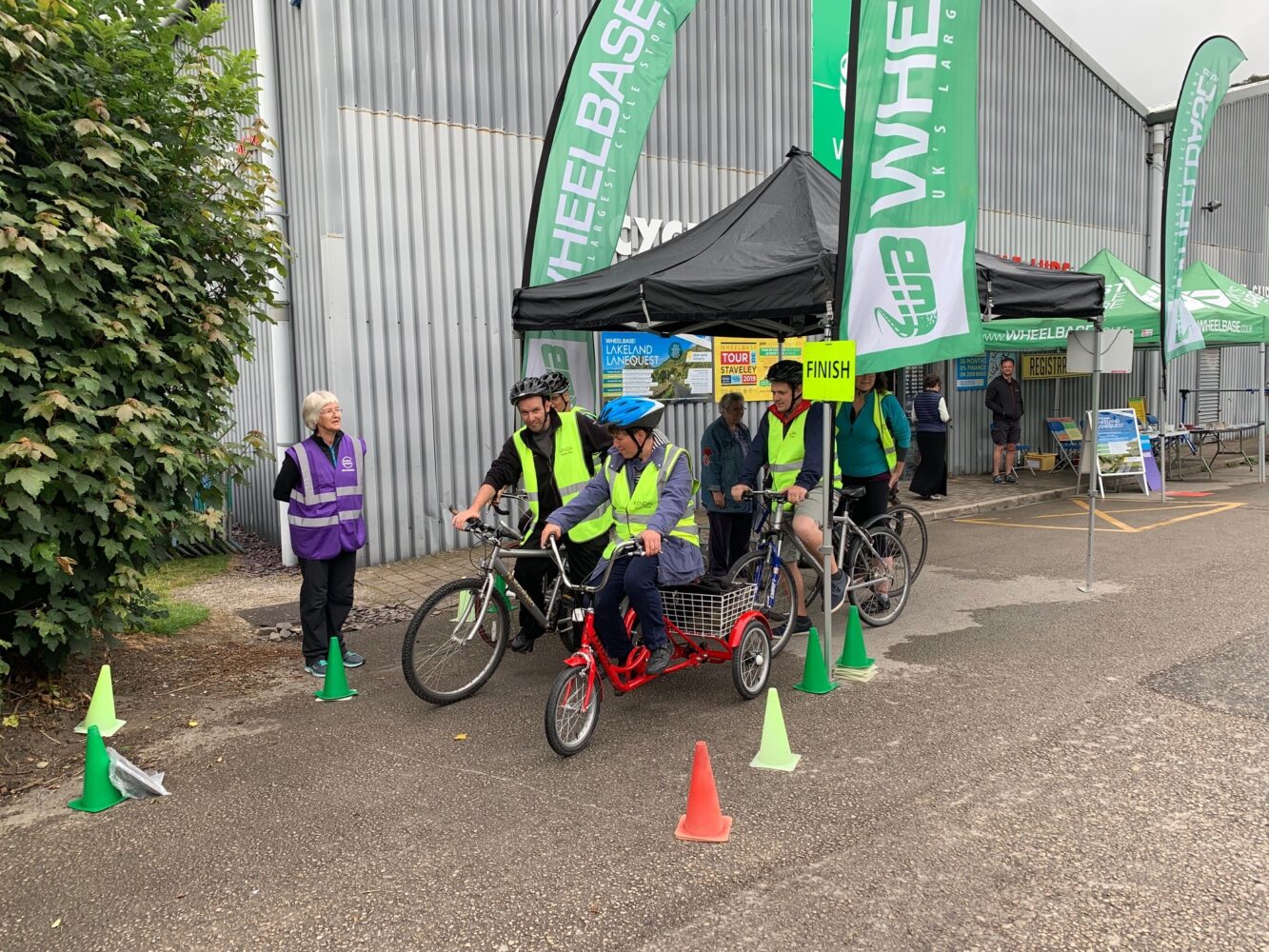 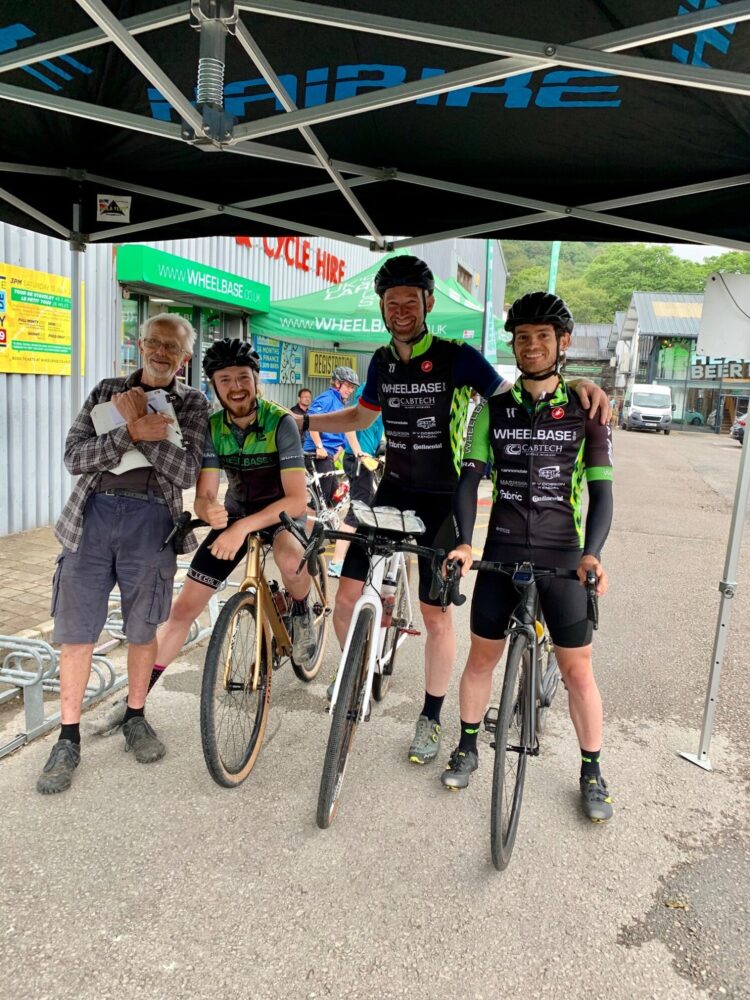