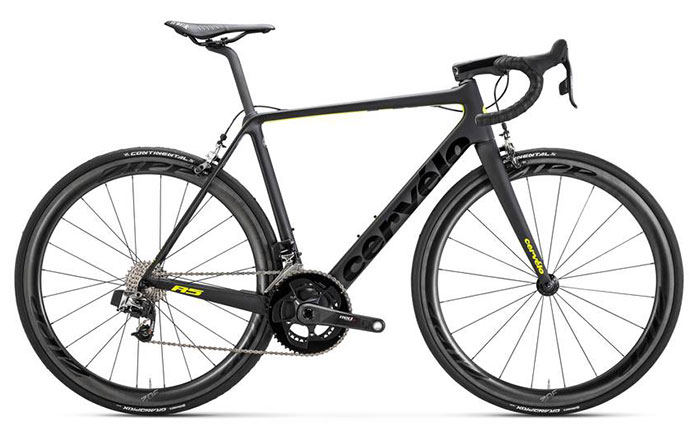 After much speculation and many pro-peloton spy shots, Cervelo have now officially launched the new R-Series. The new R5 was first spotted at the Dubai Tour back in January disguised with a camouflage paint job and has already been ridden to grand tour stage success by Team Dimension Data’s Omar Fraile at the Giro D’Italia.

Described by Bernie Eisel as ‘the perfect bike for stage racing’, the new R5 comes with a new Pro Fit geometry which incorporates a lower front end for that pro-racer position. The R-Series has always been Cervelo’s lightest bike and rather than chasing an even lighter frame, the Canadian brand have focused on optimising the stiffness to weight ratio. The new rim brake R5 is 21% stiffer at the headtube and 13% stiffer at the BB and the disc version is 18% and 26% stiffer. Incorporating technology from their S-Series, the new R5 has been designed with an all-carbon aero stem and bar and aero seatpost with integrated clamp and cover. 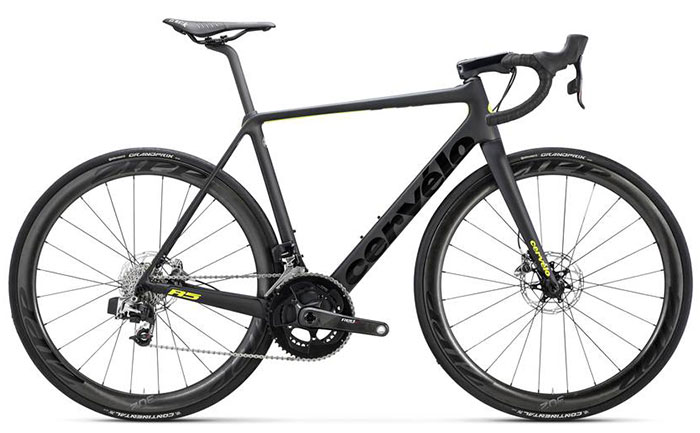 The new R3 combines pro pedigree and elite performance to thrilling effect. The new Squoval Max tube shapes have improved stiffness, handling and aerodynamics while making the bike lighter than ever before. The new R3 is available with either rim or disc brakes and is 10% and 13% lighter than the previous model, making it a climbing weapon. It’s also improved in the aero stakes, with a new fork, seatpost and cockpit producing a claimed 17-gram aerodynamic improvement. Increased wheel clearance allows for up to 28mm tyres, improving comfort over long distances and over less-than-perfect British roads, especially valuable in our neck of the woods. 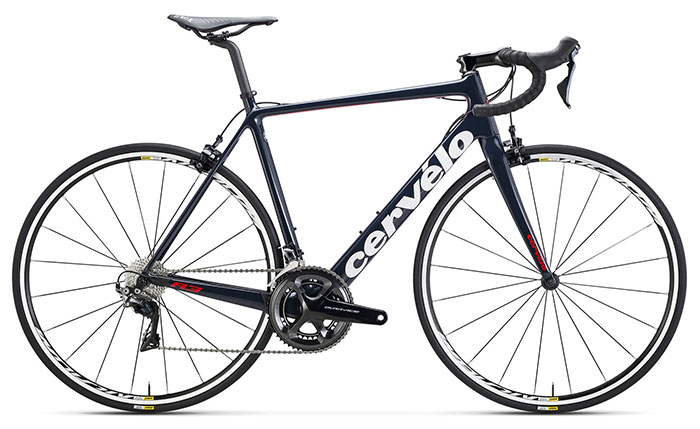 With a range of spec options available the new R3 offers value for money with no compromise in performance.