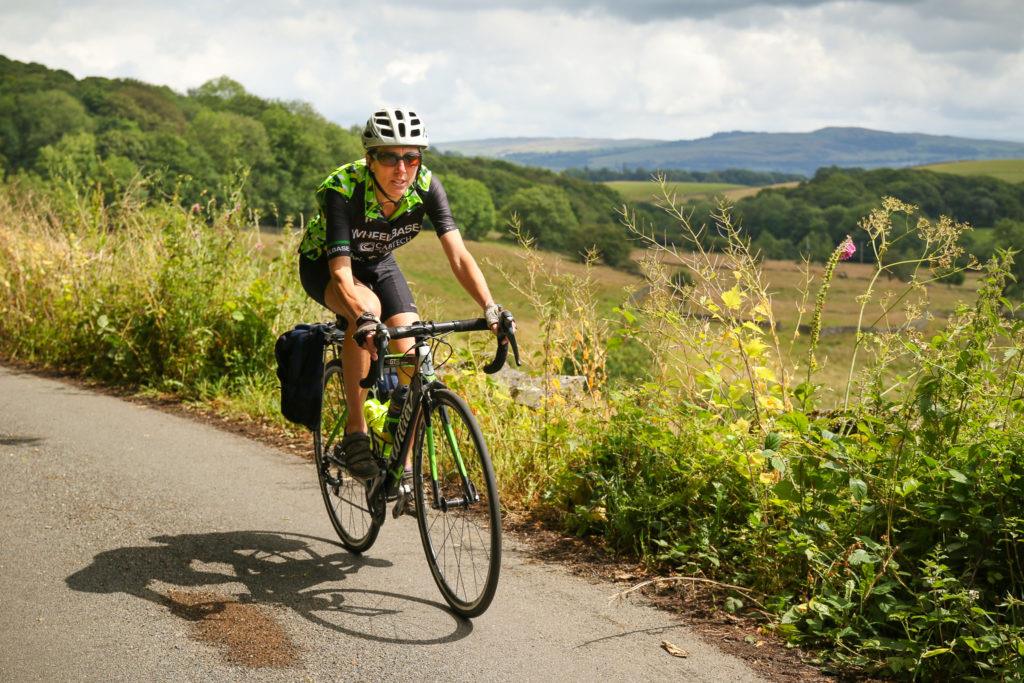 Jane Reedy has climbed Ben Nevis and Snowdon, cycled in between and tomorrow will be scaling the third and final peak of Scafell Pike in the Lake District before cycling back home to Kendal on Tuesday. Undertaking the challenge in aid of Cancer Care, Jane set off from her home in Kendal on 18th July by train to begin the challenge at the foot of Ben Nevis, the highest mountain peak in the UK.

After climbing Ben Nevis Jane set off on bike for North Wales and the second summit of the challenge – Mount Snowdon, the highest mountain in Wales. Once Snowdon had been conquered it was around 220 miles of cycling (including riding over Wrynose and Hardknott Pass) back north for the third and final peak of Scafell Pike, which Jane will be climbing tomorrow (Monday 29th July) before riding the 54 miles back home to Kendal.

You can follow Jane’s challenge and donate here. Chapeau to Jane from all here at Wheelbase.